Remember how McDonald’s was pretty much responsible for popularizing the use of single-use plastic in fast-food restaurants? Well don’t worry, little chickens, because Daddy McD, guilty of doing more damage to the environment than the mega-company could possibly reverse before we sink into the ocean or melt — maybe both!— or meet some other climate-induced apocalyptic death, plans to remove 90 percent of virgin fossil fuel-based plastic from its iconic Happy Meal toys — by 2025!

The highly popular Happy Meal, a kid’s combo meal that comes with a small plastic toy, was introduced in 1979 and, according to Restaurant Business Online, the company now sells 1 billion of these each year. In a statement, the company said this move away from plastic and toward more renewable materials is cost-neutral — meaning it’s not a money-saving strategy, but a response to an increased customer demand for climate-consciousness.

You can expect future Happy Meals to come with games made from paper or other materials more sustainable than plastic. Think puzzles and little figurines built from cardboard. The fast food giant says this move away from single-use plastic is equivalent to 650,000 people completely stopping their use of plastic every year. Before we applaud McDonald’s, it’s worth noting that the company is largely responsible for the huge demand for single-use plastic that it’s now addressing.

One of the great appeals of McDonald’s since the chain opened its first location in the mid ’40s and proceeded to spread across the globe, was the grab-and-go ease of the whole experience. There is virtually no waitstaff, and “doing the dishes” after a burger and fries pretty much just means throwing all the packaging in the trash. It’s not like the super-chain is the only company to have taken this approach, but it was largely responsible for modeling and popularizing this kind of food experience both in America and abroad. Unfortunately, all of that trash has ended up, well, a lot of places it shouldn’t.

Across the UK’s coastline, new research suggests McDonald’s is one of just 12 companies responsible for two-thirds of plastic pollution. The company has taken some positive steps other than swapping out Happy Meal toys: McDonald’s pledged in 2018 that by 2025 all of its packaging materials will be recycled or otherwise sustainable. And while the company has committed itself to greatly reducing its carbon emissions by 2030, there are serious questions as to how the company will do so, while, in some instances, sourcing from companies that don’t report their greenhouse gas emissions and haven’t set public goals of reducing their negative impact on the planet.

If we’re to have any chance at saving our planet before experiencing an even worse climate catastrophe than the one we already face, corporations are going to have to lead the way. While consumers have been strategically convinced we’re individually responsible for the destruction of the planet, and that our day-to-day actions can revert or slow the crisis in a meaningful way, it’s massive corporations that are to blame for a vast majority of global emissions. In the U.K., Ireland, and France, McDonald’s has already cut plastic use in its toys by 30 percent since 2018, and these changes will continue to roll out internationally as the company’s supply chain catches up — many major supply chains have slowed or faltered during the pandemic. The kinds of pledges McDonald’s has made are heartening, but they all feel rather distant considering how immediate and urgent conditions are in pretty much every corner of the world at this very moment: Endless flooding and storms; terrible droughts and wildfires; bizarre, unpredictable, innumerable natural disasters making farming near-impossible for many small producers.

Over the course of McDonald’s history, the company has rarely — if ever — been at the forefront of advocating for more climate-friendly practices. The fast food titan has been reactive, responding to the crisis of global warming only when public opinion demonstrated that, say, styrofoam was no longer a popular packaging material for a burger. As always, the onus is on consumers to express dissatisfaction with companies that underpay workers, destroy the planet, and otherwise act badly until they have no choice but to respond. Whether the company’s reasons for inching toward a more sustainable model are altruistic or not, increased demand is forcing McDonald’s to do so, one cardboard puzzle piece at a time. 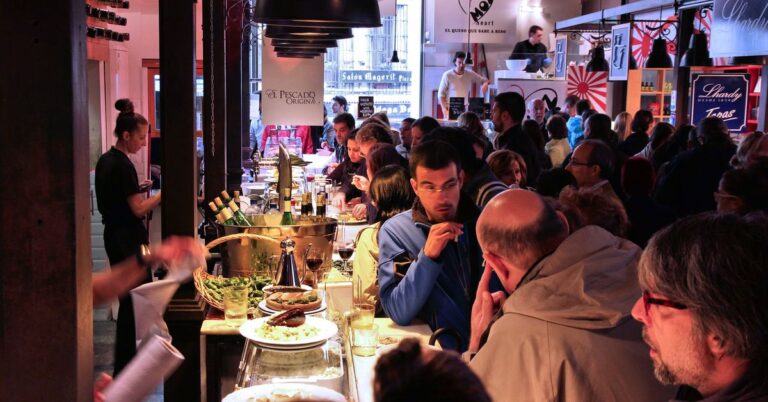 [ad_1] I am, by nature, an exceedingly nosy person. I am the type of individual who reads hundred-comment-long Facebook threads involving people I’ve never met, and I absolutely cannot resist an in-public spat between lovers. For better or worse, if there’s a conversation going on within earshot of me, I need to know what it’s… 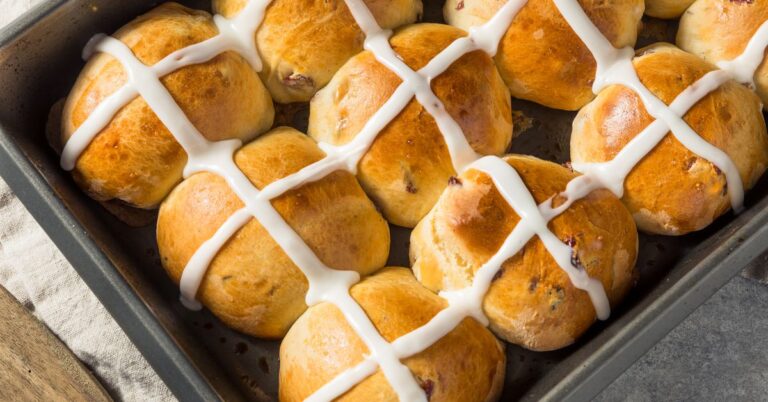 [ad_1] There used to be a time, not that long ago, when a hot cross bun was a relative mystery or even a practical unknown to Americans. Much like Italian panettone during the winter holidays, the semi-sweet, single-serving bread seemed like something only members of the British Isles and the larger Commonwealth enjoyed during the… 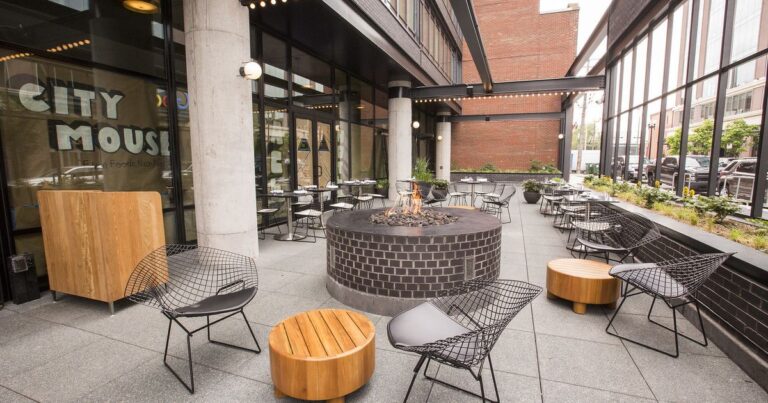 [ad_1] When Claire Henry began working as the marketing and programming director at the Ace Hotel in Chicago shortly after it opened in Fulton Market in the fall of 2017, she was excited by the possibility of creating a space where all sorts of people could come together to appreciate music, art, and food. To… 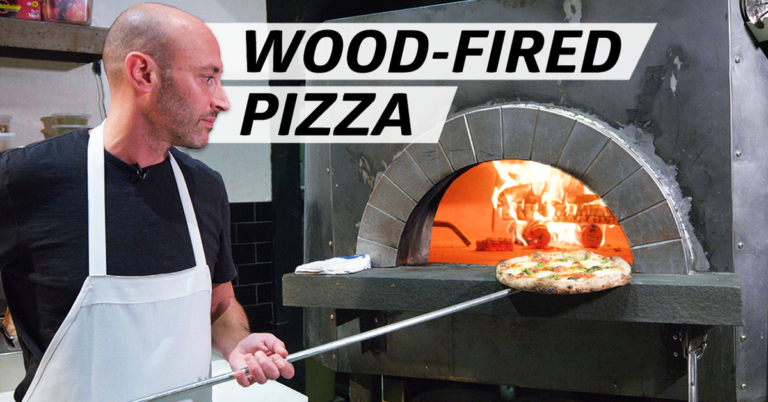 [ad_1] “Pretty much my entire life is dedicated to pizza,” says Razza chef and owner Dan Richer. “For me, it’s my profession, it’s my craft, it’s my art, it’s the way I feed my kids.” Other Jersey City diners can sense Richer’s devotion to his craft; the busy restaurant churns out 400 to 600 pies… 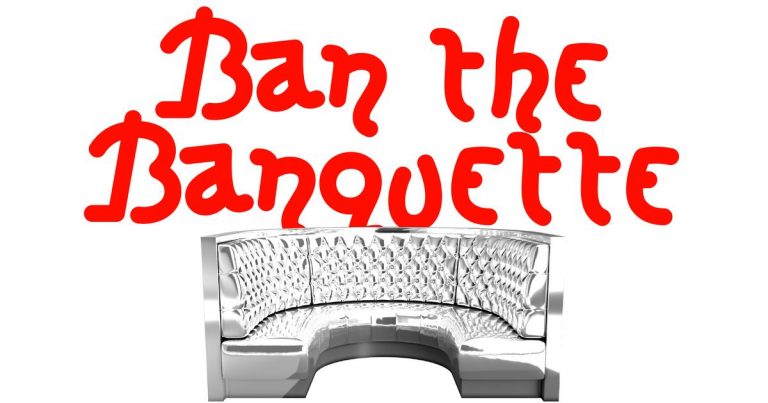 [ad_1] In theory, banquette seating is wonderful. You meet up with a bunch of friends at your favorite restaurant for a boozy brunch or a celebratory dinner, and you pack yourselves cozily into an L- or U-shaped bench upholstered with one supple fabric or another — Leather? Brushed cotton? Velvet? — to talk shit about… 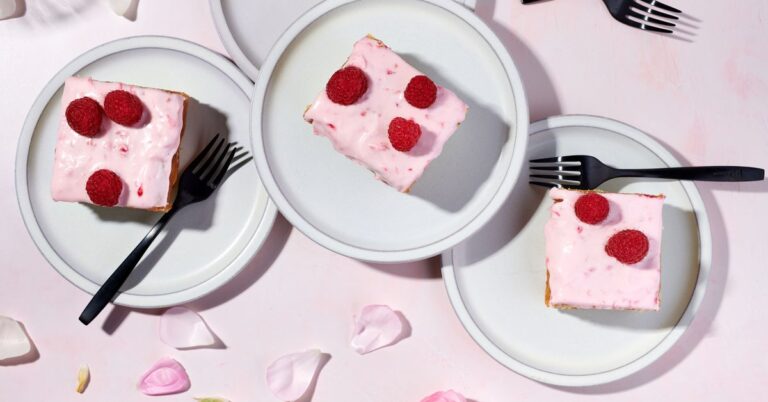 [ad_1] A few years before the iconic Swedish bakery Fabrique opened its New York outpost in 2019, I had my first cardamom bun (and first experience with its namesake spice) in one of Fabrique’s Stockholm locations while studying abroad in Europe. Sitting in that cozy bakery on a sunny but bone-chilling February morning, I fell…