In many observant Jewish homes, there are mezuzahs affixed to door frames. The narrow, ornate cylinders contain a small prayer scroll and are touched upon entering or leaving. This signifies both the calming presence of faith and the journey across a threshold, a moment spent between two spaces.

At 75-year-old Jewish institution Diamond Bakery on Fairfax, new owners Doug Weinstein and Brian Hollander are at their own kind of transition point. The friends and business partners are reckoning with the everyday demands of running a bakery and the need to modernize an aging operation without alienating long-time clientele in a community that has seen so much upheaval.

“We can’t let this die,” says Hollander, sitting inside the long, bright bakery as customers pass through in clusters, picking up slices of honey cake, rich, chocolatey babka, and boxes of Polish rugelach, filled with dabs of apricot and raspberry jam. “This is a legacy bakery. It’s a landmark.”

Indeed it is. Diamond may be the most important Jewish bakery in Southern California. First opened in 1946 and situated directly on Fairfax (a Jewish neighborhood newly rich with restaurants and streetwear labels), the bakery itself supplies bagels, breads, and more to some of greater LA’s most prominent Jewish delis and synagogues, including Nate ‘n Al’s, the now-closed Greenblatt’s, and the historic Wilshire Boulevard Temple, which dates to the 1860s in Los Angeles. The place is mobbed during key holidays on the Jewish calendar and has a steady clientele of regulars who insist on Diamond’s challah, mandelbrodt, and other staple sweets unique to the Jewish diaspora.

“The bakery really has this great history,” says Hollander, who met Weinstein while volunteering to prepare weekly challah loaves at a Jewish organization in Santa Barbara. “It was run by Holocaust survivors for 50 years.”

Hollander, an East Coast transplant, had never been to Diamond Bakery before a whirlwind road trip from Santa Barbara in February with Weinstein, who plotted stops at well-known Jewish institutions like Canter’s up the street. Weinstein, a former Century Plaza Hotel pastry apprentice and artisan baker, grew up in greater Los Angeles; the memory of Diamond, the faith that it would always be there, called him back. They found a business on the brink.

After decades of service, the Lottman and Rubenstein families that had run the bakery stepped away in early 2020, leaving Diamond as a kind of worker-owned cooperative in limbo, weighed down by an aging building, a summer of political unrest, and the crushing lockdowns that kept wholesale clients and customers away. Co-owner Ramon and Raymond Luna and workers eventually turned to a crowdfunding effort to attempt to remain solvent.

“We went to the original owners to get their blessing. We wanted them to know that we care about the history and legacy of this place.”

“Raida Shieban [a Diamond Bakery employee] told me they were about to close if they couldn’t figure something out,” says Weinstein of his February trip. “I called over to Brian and said ‘Hey, you got any money? Want to buy a bakery?’” A new ownership deal wrapped within months.

“If it wasn’t for Ramon and Raida and Maggie and Carlos and Guillermo and the whole crew saying ‘We’re going to continue working’ … Without them, there would be no more Diamond Bakery,” says Weinstein. “Though we are stepping in at a crucial moment, if it wasn’t for them I would have come down here on that trip and I would have been heartbroken that it was closed.”

Together, Hollander and Weinstein have become stewards of Diamond Bakery, largely eschewing the ownership title in favor of a longer view. “People say to me, ‘Oh, you’re the new owner,’” says Weinstein. “I just pay the bills. It’s a community thing, I’m just responsible for keeping it going.” So too are the Ramons and Raidas of the restaurant. Hollander and Weinstein’s new business model now includes shares set aside for employees, with funds from those shares paying out bonuses and retirement packages. They’ve also given everyone a raise. “We didn’t have it nearly as hard as they had it for a year,” says Weinstein. “I want them to know that we appreciate them.”

Next up: How to shepherd Diamond Bakery toward a prosperous future that integrates customers old and new. The shop itself has gotten some updates, and there are ongoing discussions about what to keep (and what to lose) from the bakery’s pastry cases. “How do we maintain the tradition, but then start adding stuff so that young people who have no idea what Jewish baking is will see something tasty and familiar,” Weinstein says.

“It’s both an honor and it’s terrifying,” says Hollander of this doorway moment, caught between worlds old and new. “We went to the original owners to get their blessing. We wanted them to know that we care about the history and legacy of this place. We also need to give this place the kind of tune-up that will make it successful today, in this neighborhood.”

Future plans include pop-ups, new kosher certification, some needed renovations, a slew of family-friendly events, and a renewed bagel program, ideally led by a young, upstart baker. “We need to train the next generation of lifelong, committed bakers,” says Weinstein. “We’re eager to give them an opportunity to express their creativity, to give them a platform.” They’re also plotting a non-profit to connect to new, socially-minded customers; the focus will vary, but may include things like a training track where people with disabilities can learn on the job.

Hollander and Weinstein continue to rely on faith, and the collective power of their employees, to guide them over this current threshold, but they see plenty of sunshine ahead. Plus, Weinstein says, they’ve got an unbeatable ally at their side: “We have the brand: Diamond. It’s the pinnacle. We just need to live up to the name and the quality that people expect.” 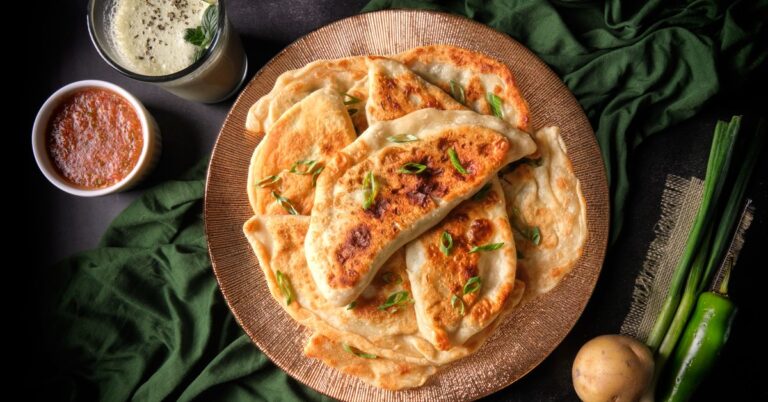 [ad_1] A fried, filled flatbread, bolani is a popular Afghan street food. This bolani recipe comes from Walwala Jalalzay, one of the proprietors of the Kabul-Shengjin Cafe in Shengjin, Albania. Jalalzay is an Afghan refugee who was forced to flee her home in Kabul after the Taliban seized power last August; along with a business… 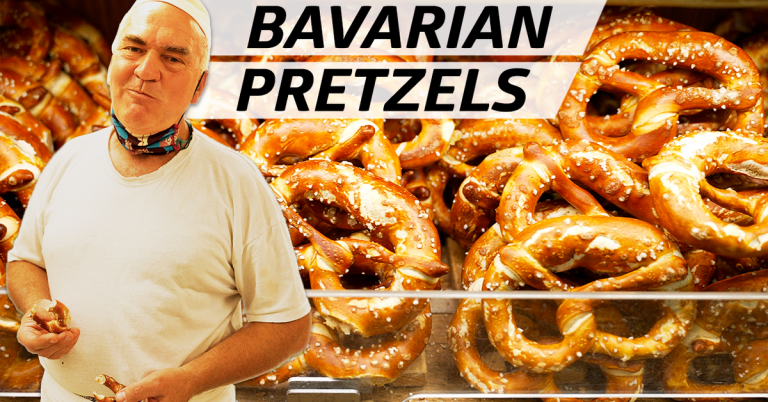 [ad_1] “There are countries with no traditional bakeries anymore, because industrial production has taken over, and the knowledge and traditions have been lost,” says Ludwig Neulinger, the owner of the Neulinger chainlet of bakeries in Munich, Germany. “My apprentices are learning it the way it should be done. Maybe they’ll open their own bakeries someday…. 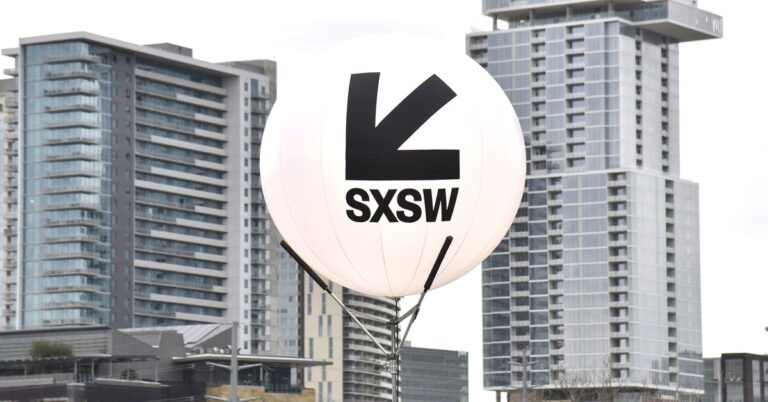 [ad_1] Ask anyone in Austin when they knew the COVID pandemic would drastically change the city, and they will likely point to the cancellation of the city’s biggest festival, South by Southwest (SXSW), in 2020. That decision by the City of Austin — announced just one week before the festival was scheduled to take place… 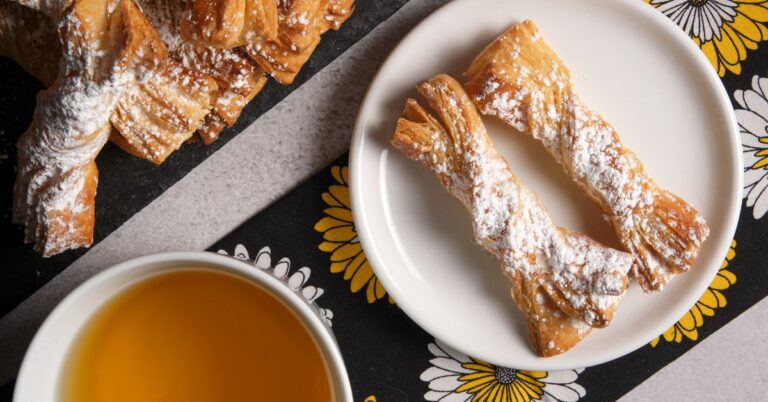 [ad_1] If you take Spain’s curvy A-1 highway a full three hours northeast of Madrid you might end up in Pradoluengo. But, then again, you might not, since this is probably the first time you’re hearing about it. I try to get to Pradoluengo as often as I can. It’s where my dad was born… 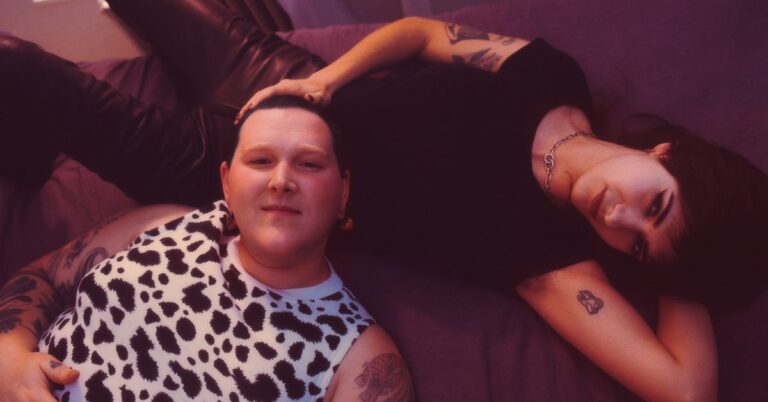 [ad_1] The dining room at 163 First Avenue in New York’s East Village is barely big enough to fit two people standing side by side. Any sunlight that hits the front of the cramped building is choked out before making its way through a tiny window that looks out onto the street. There was a… 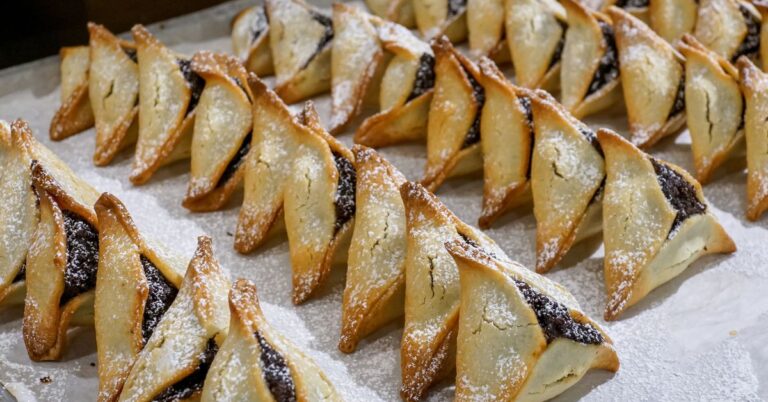 [ad_1] Laurel Kratochvila and her team begin the process every year around March. They roll out a thin, buttery egg dough and meticulously cut out as many circular disks as they can muster from it. Carefully, they add a sweet preserve filling to the center: Too much and the cookie will explode and leak out…