I once spent an entire college summer doing nothing but play Quake 3 Arena. Well, almost nothing. I was an IT help desk drone during the day, but my nights and weekends were almost entirely filled learning the intricacies of the game's rail gun, rocket jump maneuvers, and inventive mods (if I ruined your day in a Threewave match, sorry). Now that I have a child, a home to take care of, and an endless list of adult responsibilities, I thought I had put all that behind me. Then I started playing Splitgate.

At first, it seems to be a fairly standard free-to-play multiplayer shooter, like a lost Halo clone from a decade ago. But the twist is that it also brings in the core mechanic from Portal. Alongside your normal weaponry, you also have a gun that can create portals on specific areas, no matter how far apart they are. And it's not just for teleporting, either. You can also use peer through those portals to pick off far-away enemies.

That may seem like a small, even quaint, addition to the world of online shooters. But in practice it fundamentally changes how they work. Being able to strategically use portals is just as important as being a crack shot who's memorized every map. And of course, it goes the other way too. If you can sneak up on an enemy with portals, they can do the same to you. Nowhere is safe.

Splitgate's subtle complexity is what makes it addictive. All of a sudden, walls high up on the map could give you a vantage point to snipe oblivious foes. A chase through a corridor could easily get wild as you jump between multiple portals. And being able to sneak up on a camping sniper by throwing a portal behind them is always satisfying.

I've gotten into plenty of shooters over the years, but they've never quite scratched my Quake 3 itch (perhaps because I never again had vast amounts of free time to eat pizza and play all day). Battle Royale titles like PUBG and Apex Legend changed the landscape with enormous maps with 100 players, but they've always felt more like tense survival games than huge fragfests. They take longer to play, and one screw-up could take you out of a match entirely. I didn't know how much I missed the days of simple multiplayer shooters, games with quick matches that deliver a direct dose of adrenaline and dopamine all at once, until I started playing Splitgate.

Even though it's become wildly popular over the last few months, Splitgate hasn't officially launched yet. But its most recent beta release, Season 0, has added a lot on consoles and PCs. That includes new character models, more maps and an infection gameplay mode. I've been playing earlier betas for the last few months, but now it's finally starting to look like a complete product, with more UI polish and player models I don't entirely hate. It's also the perfect time to give it a shot before elite players make online matches less enjoyable to play. 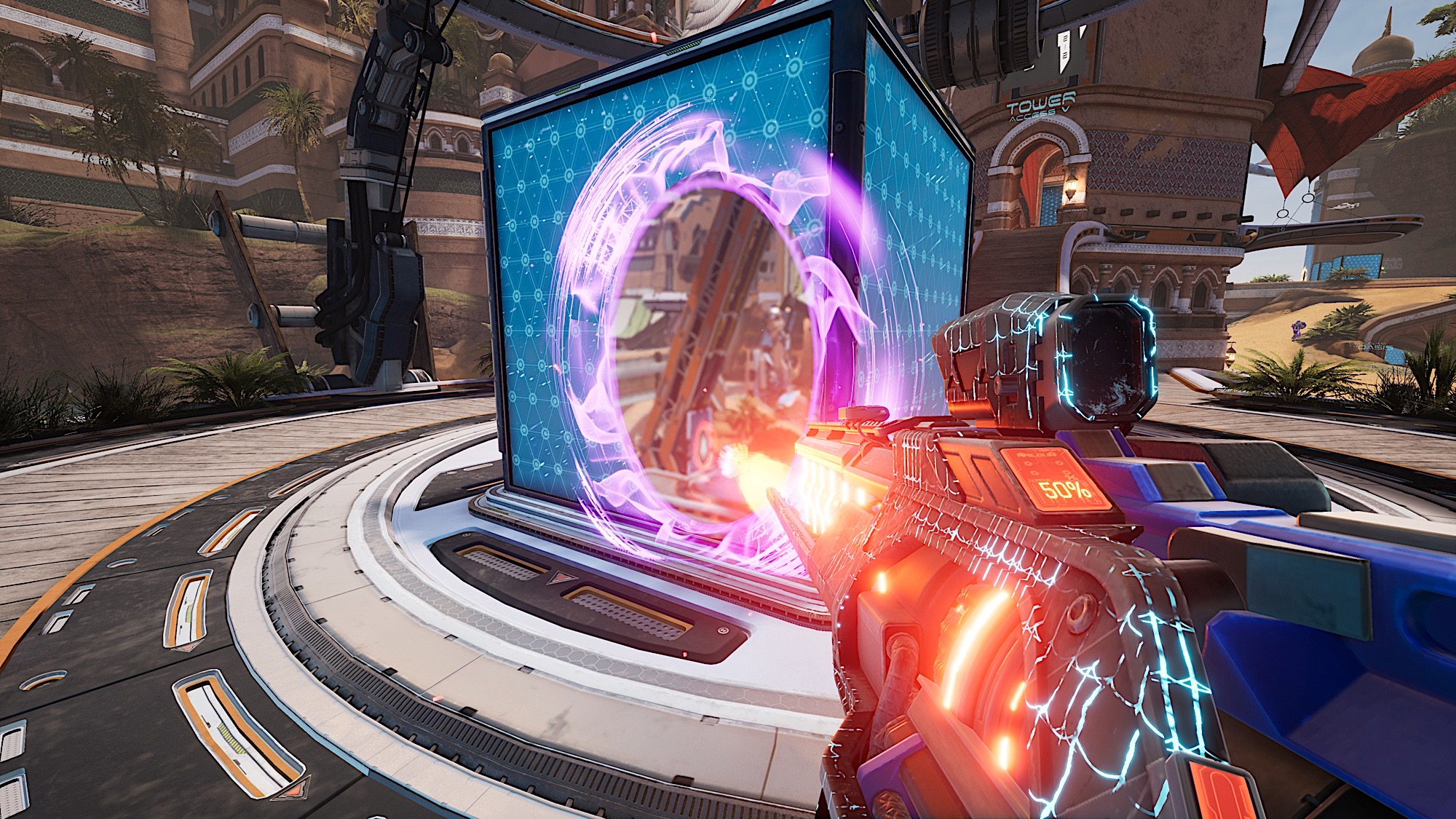 Since it's a free-to-play game, Splitgate developer 1047 Games is following in the footsteps of modern shooters by making you pay for items, characters and Battle Passes to level yourself up. It's all cosmetic, but I've found myself throwing them a few bucks for holographic armor and other trinkets just because I enjoy playing the game so much. Spending $20 in add-ons doesn't seem that bad for something that’s already given me dozens of hours of joy.

If you’re considering jumping into Splitgate, I have one piece of advice: Learn to love the damn portals. Treating it like a normal run-and-gun FPS is a recipe for failure, no matter how great you are. It’s a game about quick movement across the map, sneaky shots through your portals, and sneaking up on your enemies. It’s not for everyone, but for players who find joy in a five-minute, fast-paced team deathmatch mode, it’s practically perfect.

For the last few days of the trial between Johnny Depp and Amber Heard, Depp himself took the stand and pled his case to a jury. source