You can’t make this up.

Some of the most significant names in biotechnology, including Moderna and Amgen have pulled out of the upcoming J.P. Morgan Healthcare Conference in San Francisco due to COVID-19 concerns, according to an exclusive report from Stat News.

The J.P. Morgan 40th Annual Health Care Conference will take place on January 10-13, 2022 at the Westin St. Francis in San Francisco, CA. According to its website, “this premier conference is the largest and most informative health care investment symposium in the industry which connects global industry leaders, emerging fast-growth companies, innovative technology creators and members of the investment community.”

J. P. Morgan has insisted executives should attend the conference in person. This rule raised concerns from prominent drug companies including Moderna due to safety and travel concerns related to the Covid-19.  Moderna will only allow its executives to join the conference if it will be done virtually.

TRENDING: BREAKING: BANNON GOES OFF — After News Breaks that Dems will Shelve Build Back Better Bill – Will Move to Federalize Elections – Their Permanent Power Play

Some of the biggest names in biotechnology, including Amgen, Moderna, and Sarepta Therapeutics, have pulled out of the upcoming J.P. Morgan Healthcare Conference in San Francisco due to safety and travel concerns related to the Covid-19 pandemic, according to people close to the companies. Additional biopharma companies are weighing whether to do the same.

Giving up a spot at J.P. Morgan — and potentially offending the powerful bank — is no small decision, but the prospect of participating in what could become a superspreader event has forced companies into difficult conversations.

Alnylam Pharmaceuticals, among the most influential companies in biotech, is “teetering” on pulling out of the conference, a spokesperson said. The company is giving J.P. Morgan until next week to allow for virtual presentations before deciding whether to back out entirely, according to Christine Lindenboom, Alnylam’s head of communications.

Vertex Pharmaceuticals is having a similar internal debate, according to a person close to the company.

Moderna has pulled out over the health risks of sending employees to the crowded hallways of J.P. Morgan’s cramped venue, the Westin St. Francis Hotel, according to a person close to the company. Like other biotech firms, Moderna would reconsider presenting at the conference if J.P. Morgan allowed its executives to attend virtually, the person said.

Amgen decided to withdraw for the same reason as Moderna, confirmed a source at the company.

Bowing to the pressure from big-name drug companies including Moderna, J.P. Morgan announced on Wednesday that it will hold its annual health care conference virtually.

The J.P. Morgan Healthcare Conference, biotech’s biggest annual conference, will be virtual, the bank said Wednesday, bowing to pressure from big-name drug companies that balked at an in-person meeting amid escalating cases of Covid-19.

“The health and safety of our clients and employees is of the utmost importance, and given the ongoing Covid-19 pandemic, we have made this decision,” J.P. Morgan said in an email to registered attendees, obtained by STAT. “We were not only hopeful to meet in-person but also understand how much this conference means to the San Francisco community, which we fully support.”

The bank’s decision follows news that Moderna, Amgen, and other major biotech firms would forgo their coveted slots at the meeting in the name of health and safety. J.P. Morgan had previously insisted that any company wishing to present at its conference would have to send its executives to the Westin St. Francis Hotel, the meeting’s cramped annual venue.

So the same company that is producing the vaccines is afraid to go out in public?  It doesn’t sound like they have much confidence in their vaccine, huh? 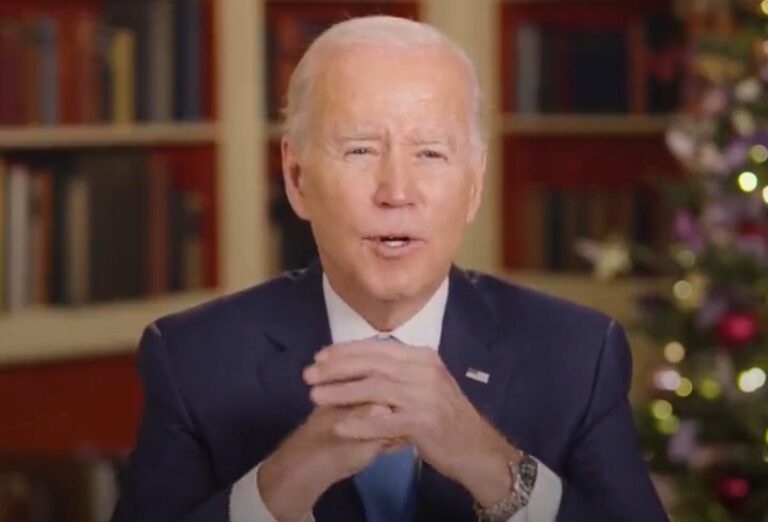 [ad_1] What happened to the winter of severe illness and death Joe Biden promised? Biden delivered an Orwellian New Year’s message to the American people. Joe Biden declared victory over Covid (just days after giving up on his fight to shut down the virus) and claimed America is “back to joy.” “After losing loved ones,… 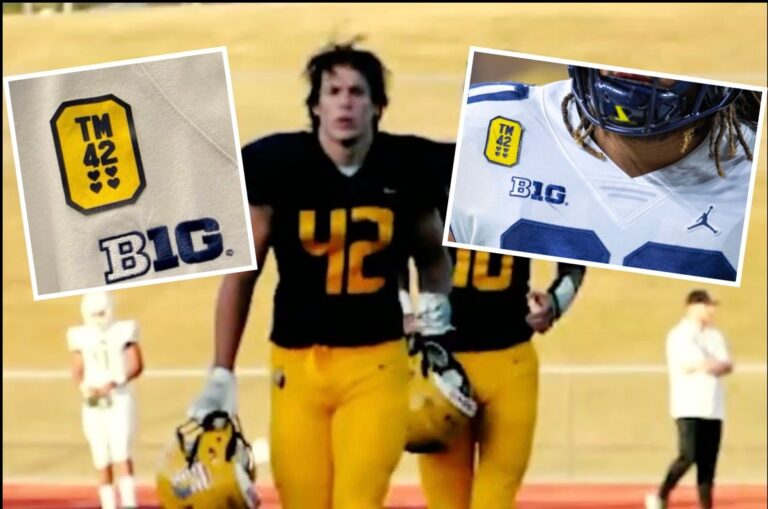 [ad_1] On Tuesday, tragedy struck Oxford High School as a 15-year-old went on a violent rampage. Ethan Crumbley shot and killed four students and injured seven others.  One of the victims, 16-year-old Tate Myre, a standout football player with a 3.9 GPA, was killed while trying to disarm the shooter.  The brave student has received an… 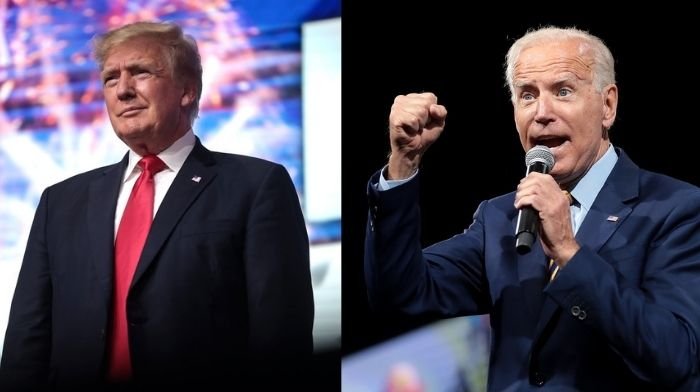 [ad_1] In what could be an early snapshot for 2024, a new poll shows that hypothetical matchups between President Joe Biden or Vice President Kamala Harris and former President Donald Trump would be heartache for Democrats. According to a new Harvard CAPS-Harris poll, if the election were held today, Trump would handily beat Biden. Trump… 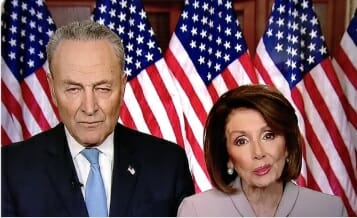 [ad_1] Speaker of the House Nancy Pelosi (D-CA) and Senate Majority Leader Chuck Schumer (D-NY) issued a joint statement attacking the Supreme Court majority over a leaked draft of a decision overturning the 1973 case Roe v. Wade that legalized abortion nationwide. The Pelosi-Schumer statement called out “Trump Justices” and accused them of lying to… 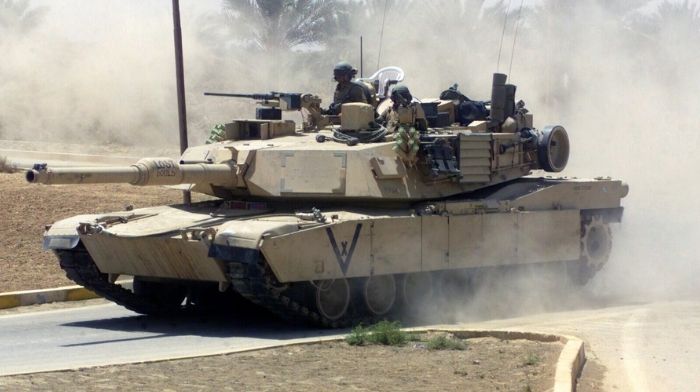 [ad_1] Earth Day is always a great spectacle where Hollywood stars, climate change activists, and political elites jet around the world in private airplanes and get chauffeured in comfortable SUVs on their way to lecture us peasants on how we need to change our lives to save the planet from the big bad climate change…. 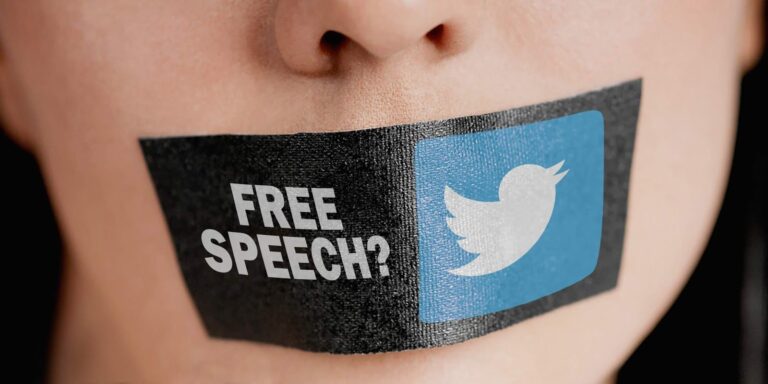 [ad_1] Twitter has decided to implement a poison pill rather than move forward with Elon Musk’s lucrative offer to purchase the company.  Are the shareholders alright with this? Zerohedge reports: As was widely expected and reported in the aftermath of Elon Musk going hostile on Friday morning, on Saturday morning Twitter adopted a measure that will shield…