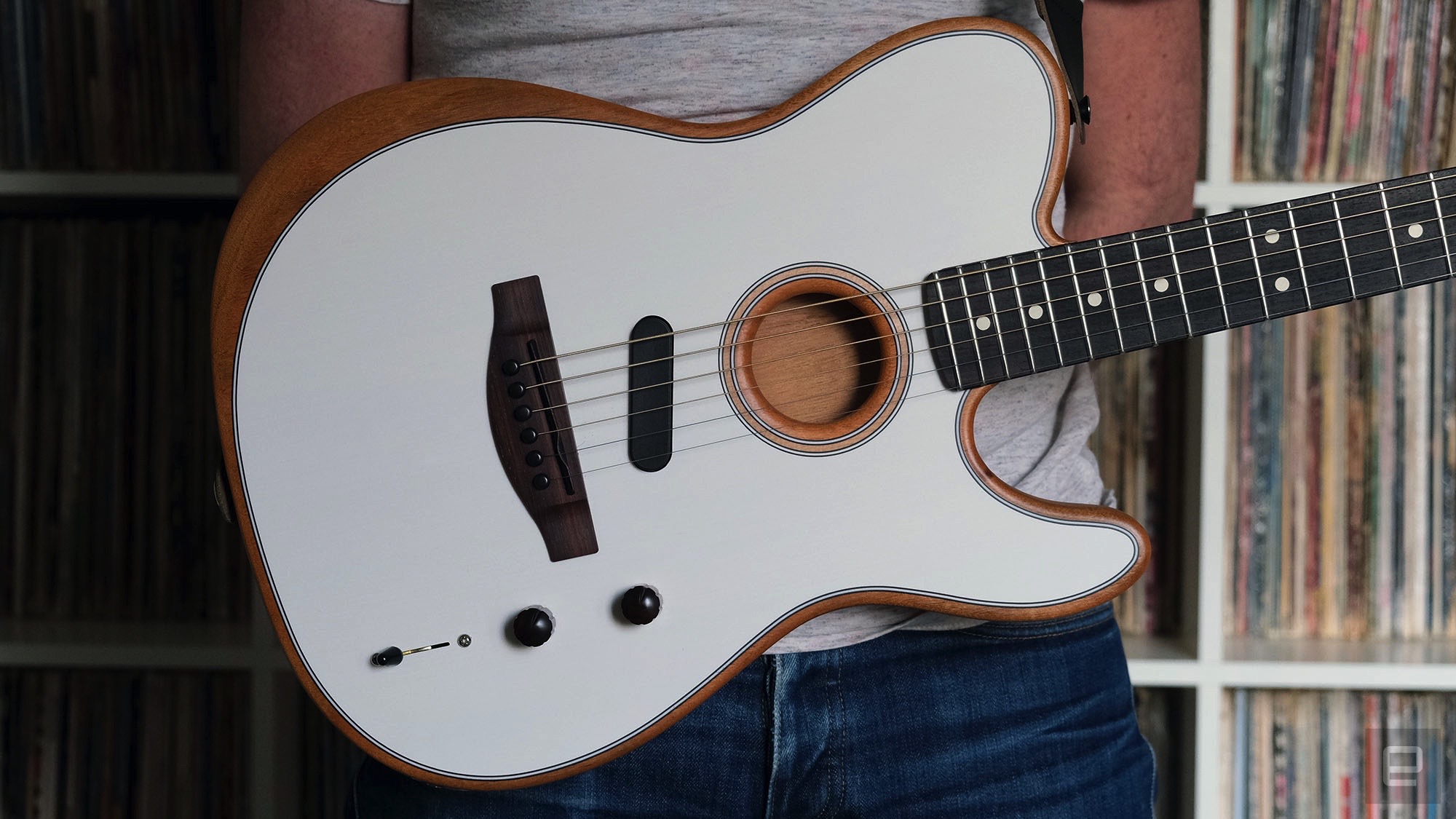 When I tested out the Fender Acoustasonic Jazzmaster earlier this year, I was admittedly skeptical. One of the biggest reasons was the price. I just couldn’t justify $2,000 for something so niche. But I said if the price ever fell below $1,000 I’d consider it. Well, the new Acoustasonic Player Telecaster doesn’t quite hit that benchmark, but at $1,200 it is a lot more affordable.

Obviously, something had to give for the company to shave $800 off the price, but from a pure build quality perspective it doesn’t seem like you’re losing much. The made-in-Mexico Player Acoustasonic is nearly indistinguishable from the made-in-America models. The body and neck have a similar satin finish on a combination of mahogany and spruce. And the components, from the tuners to the knobs, are exactly the same. This certainly doesn’t feel like an entry-level guitar.

There are some physical differences, though. The most notable being the fretboard, which was ebony on the original, but is made of rosewood here. Even so, I wouldn’t say ebony is better; it’s just a slightly different experience. The rosewood fretboard, combined with the lower action out of the box, makes the new Acoustasonic Telecaster play more like an electric than an acoustic – a stark contrast to the Jazzmaster version, in my experience.

The biggest differences here are in the electronics. Where the pricier Acoustasonics have three pickups and a five-way switch for a total of 10 different guitar sounds, the Player model has just two pickups and a three-way switch with six sound options.

The Player Acoustasonic also loses the rechargeable battery and replaces it with a standard 9V. I’ll say this: The guitar chews through 9V batteries surprisingly fast, but being able to just swap in a new one (rather than wait for it to charge) is a nice convenience.

Just like the other entries in the Acoustasonic series, the main controls are basic, but a little different than your typical guitar. There’s a volume knob, but the selector doesn’t just switch pickups (though, it does that too); it switches between pairs of “voices”, while the second knob blends between the two.

Moving from back to front, the voice pairs found on the three-way switch here are Noiseless Tele and Fat Noiseless Tele, Lo-Fi Clean and Lo-Fi Crunch, Mahogany Small Body Short Scale and Rosewood Dreadnought. What’s immediately noticeable is that there are a lot fewer acoustic simulations than on the other Acoustasonics. The two models here, the Rosewood Dreadnought and Mahogany Small Body, cover a decent amount of ground. It’s very satisfying to play a simple chord loop on the Rosewood and turn the blend knob forward to the Mahogany to play leads over it.

The two acoustic voices here are good but not as convincing as they are on the Jazzmaster Acoustasonic. I attribute that to the missing third pickup: Fishman’s Acoustasonic Enhancer. The two pickups here – Fender’s Acoustasonic Noiseless and Fishman’s Under-Saddle Transducer – do an admirable job delivering electric and piezo acoustic sounds, but they’re not quite as good at delivering the variety and nuance of the Enhancer system it seems.

That being said, I actually prefer the electric sounds on the Telecaster to the Jazzmaster. It sounds a bit more like the guitar that inspired it to my ears, and plays better with pedals. The “Fat” Tele sound has just the right amount of bite for my taste. The “lo-fi” voices are basically just the same piezo sounds you’d find in your average acoustic / electric. That’s not a bad thing, to be clear. I love the crunch of a slightly overdriven piezo pickup. If you’re banging out Neutral Milk Hotel covers or playing along with Nirvana’s Unplugged, this is the setting for you.

The dreadnought and small body voices are still more convincingly acoustic than what you’d get on your average acoustic / electric. They have depth and character that your average piezo alone can’t quite match. But those two voices alone aren’t necessarily worth the premium you’re paying here.

In fact, price remains the biggest obstacle for the Acoustasonic line. $1,200 isn’t exactly cheap for a guitar. Sure, it’s better than $2,000, but even many avid players will live their entire lives never spending more than $1,000 on a guitar. A standard made-in-Mexico Player Telecaster will set you back $800, and you can pick up a decent acoustic / electric from Fender for about $400 – and arguably those two as separate instruments are more versatile than the hybrid Acoustasonic. And the value gets even muddier when you consider that the American-made Acoustasonic Telecaster is currently on sale for $1,600.

The Acoustasonic Player Telecaster remains an almost perfect couch guitar and it’s exciting to see Fender bringing its hybrid guitar tech down to a more affordable instrument. But it’s still too expensive for most. 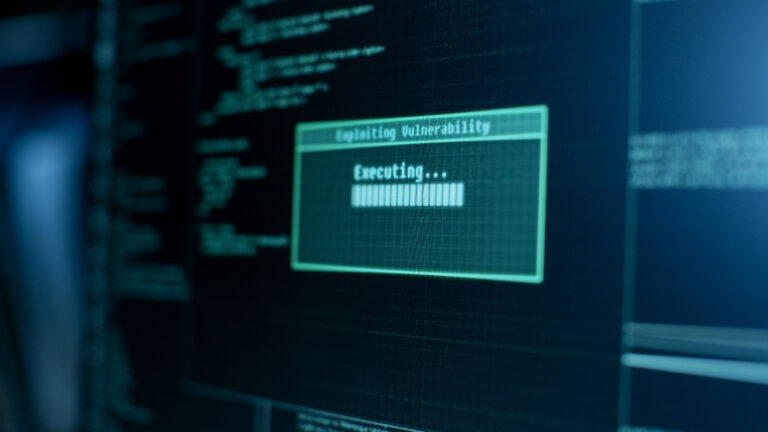 [ad_1] A vulnerability called Log4Shell found in open-source logging library Log4j leaves millions of devices vulnerable to attacks. As The Verge notes, apps and services keep a record of all the events that happen while they’re running, giving them a way to analyze how their program is performing and to figure out what went wrong… 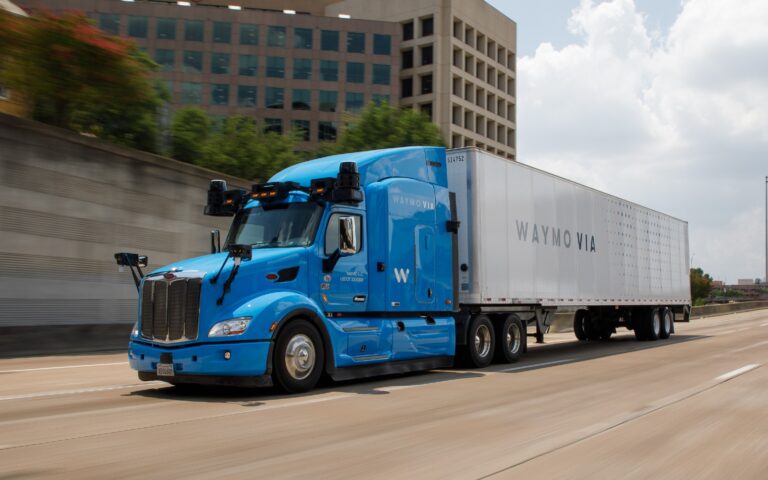 [ad_1] Last June, Alphabet’s self-driving unit worked with J.B. Hunt, a trucking and logistics company, to test its Waymo Via technology in Texas. On Friday, the two announced they’re forming a strategic partnership with the hope of deploying a fully autonomous trucking operation within the state sometime in the next few years. In the immediate… 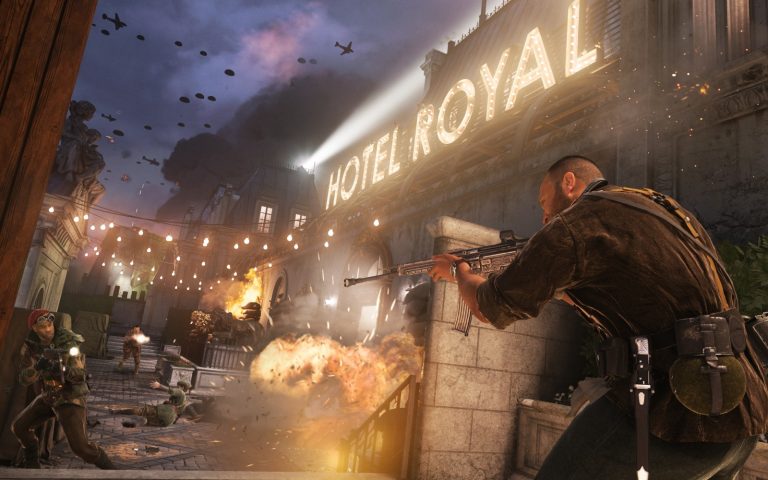 [ad_1] Activision has delayed the release of Call of Duty Vanguard’s season one update and Warzone Pacific by about a week. The publisher now plans to make both available on December 8th, instead of December 2nd and December 3rd as previously planned. Activision did not provide a reason for the delay. However, it has been mired… 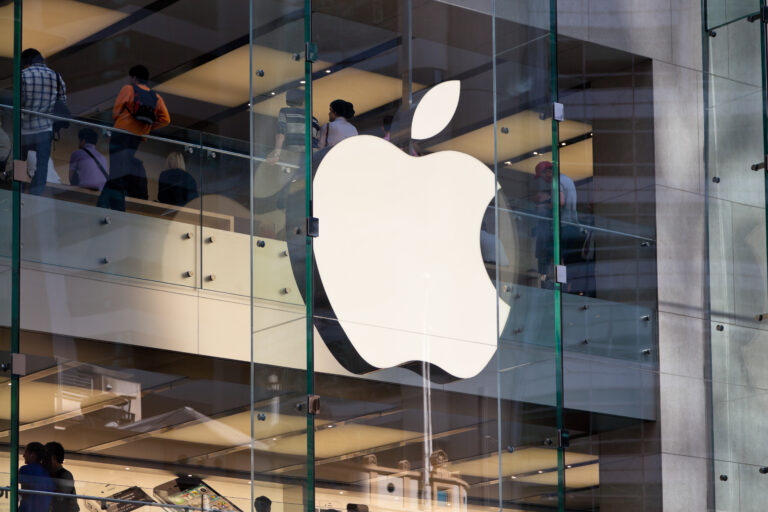 [ad_1] Apple’s Worldwide Developer Conference will still mostly be virtual this year, but it will hold an in-person event for a limited number of people at Apple Park. Now, the tech giant has started sending out invites for the one-day special on June 6th, where attendees will be able to watch the keynote and State… 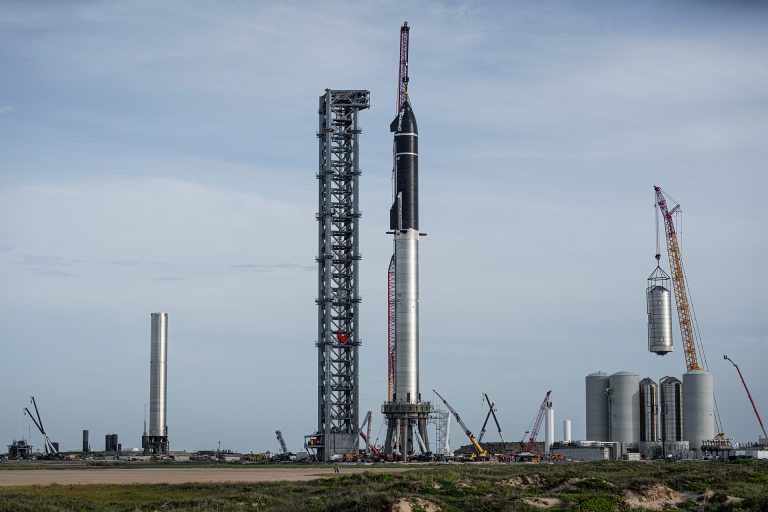 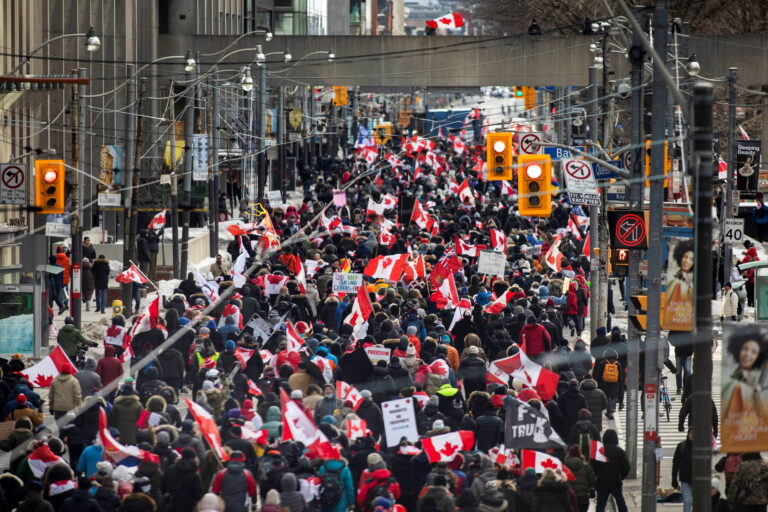 [ad_1] As anti-vaccine groups in the US attempt to stage their own version of Canada’s disruptive “Freedom Convoy,” foreign content mills have worked to bolster those efforts for their own gains. This week, Facebook parent company Meta told Reuters and NBC News it recently removed several “trucker convoy” groups and pages run by scammers in Vietnam,…