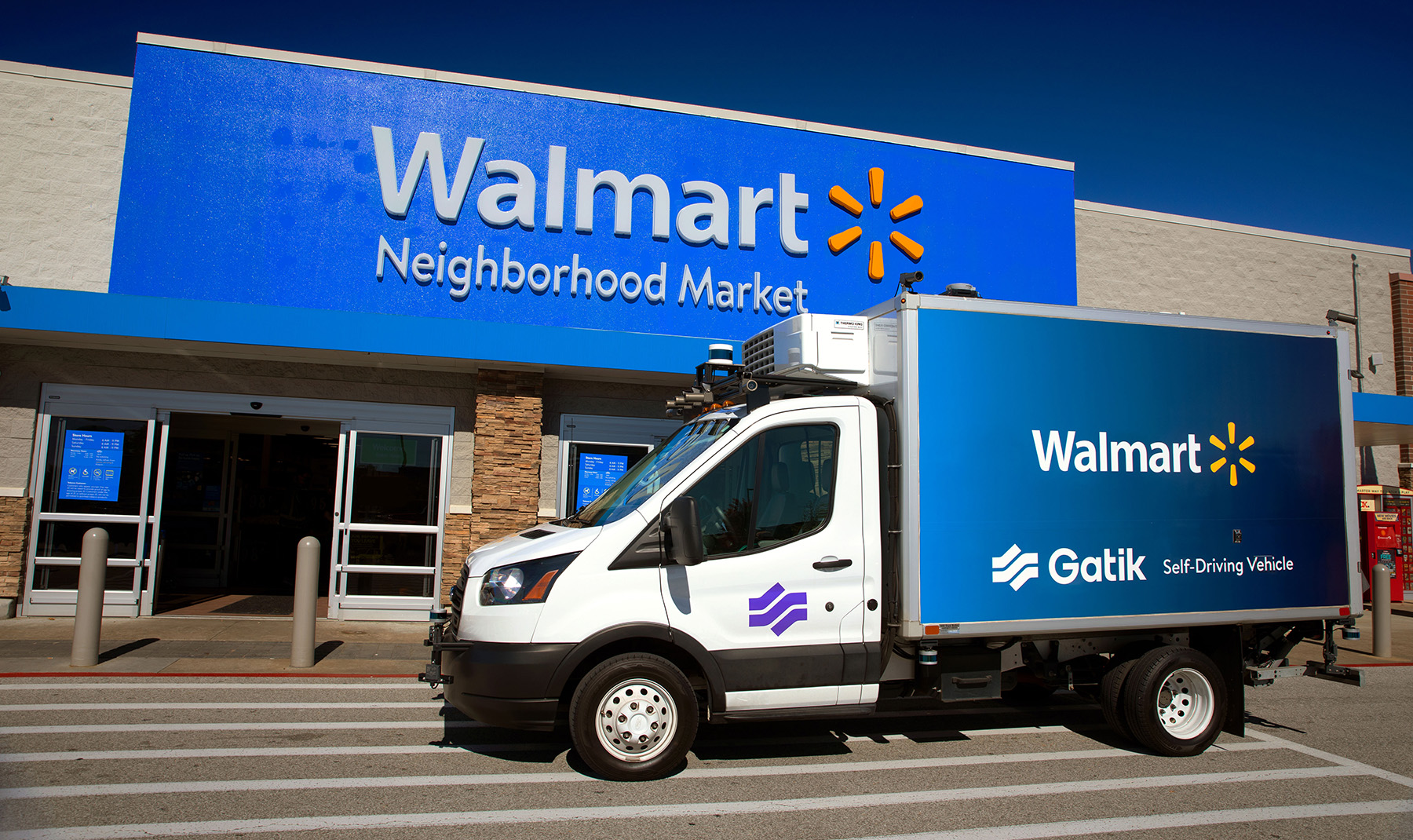 As promised, Walmart has started doing fully driverless box truck deliveries in partnership with startup Gatik between its own locations on a fixed 7-mile loop, the companies announced. Despite those limitations, the route in Bentonville, Arkansas involves “intersections, traffic lights and merging on dense urban roads,” the companies said. It’s another shot of good news for the progress of self-driving vehicles after GM’s cruise launched its self-driving taxis into testing last week.

The Gatik trucks are bringing grocery orders from a Walmart fulfilment center (dark store) to a nearby Walmart Neighborhood Market grocery store in Bentonville, the host city of the company’s headquarters. The route covers the “middle mile” transportation of goods between warehouses and stores. The program effectively got launched following the December 2020 approval by the Arkansas State Highway Commission, and has been driverless since this summer.

The new service is part of Walmart’s transition to a hub-and-spoke model with warehouses or fulfilment centers closer to customers. Doing so means smaller warehouses, so “there is a growing need for doing repeated trips from the fulfilment centers to the pickup points,” Gatik CEO Gautam Narang told CNBC. “That’s where we come in.”

Walmart isn’t the first superstore to go fully driverless, as Kroger teamed up with self-driving startup Nuro for grocery deliveries back in 2018. However, at launch, Nuro’s delivery vehicles were tiny microvans, while Walmart and Gatik are using full-sized box trucks.

Walmart and Gatik are running similar trials around New Orleans with electric box trucks, delivering directly to a customer pickup location. However, those are currently being operated with safety drivers aboard, so the Arkansas trial is the first truly driverless route. “Our deployment in Bentonville is not a one-time demonstration,” said Narang. “These are frequent, revenue-generating, daily runs that our trucks are completing safely in a range of conditions on public roads, demonstrating the commercial and technical advantages of fully driverless operations on the middle mile.”