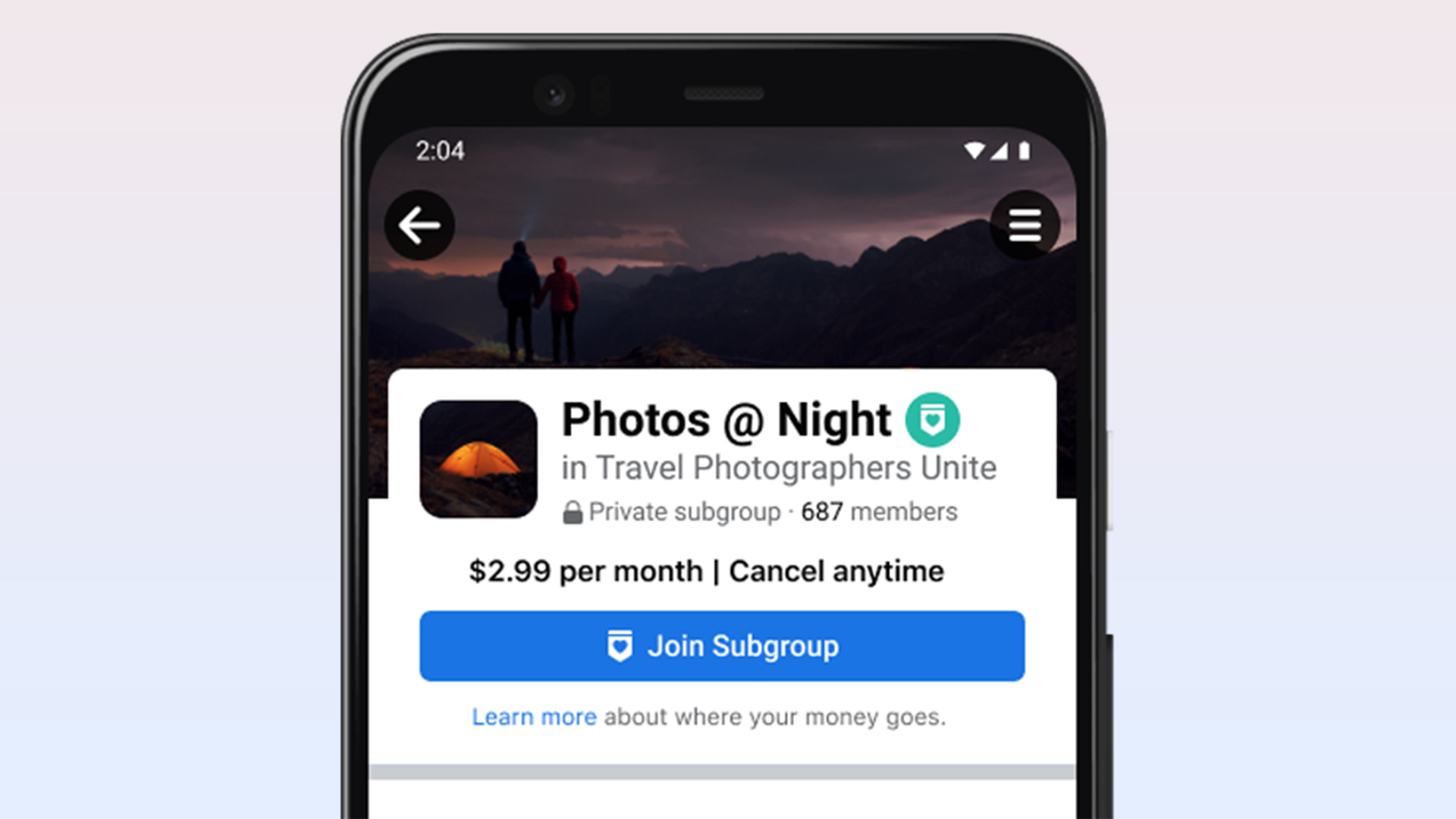 Facebook is bringing monetization features into yet another part of its service: groups. The social network is testing new tools that allow group admins to make money, with new shopping, fundraising and subscription features.

The company announced the updates at its annual Communities Summit event, where it said the new features will help people who run groups “sustain” the communities they have built. With the changes, Facebook is group admins three ways to monetize their communities. The first two, community shops and fundraisers, mirror features elsewhere on the platform. Community shops is an extension of Facebook’s existing features, and allows group admins to sell themed merch or other goods. Likewise, fundraisers will enable admins to crowdfund specific projects or otherwise “offset the costs of running the group.”

But the third feature is entirely new: paid subgroups. Subgroups are essentially smaller groups-within-a-group where members pay a monthly fee to participate. While Facebook is also allowing group admins to set up free subgroups, the paid version of the feature is the company’s latest effort to create subscription-based products. Elsewhere, Facebook has been as a way for creators to make money, either via newsletters or fan subscriptions for streamers. In the context of groups, subscriptions are meant to enable access to exclusive or specialized content like “coaching or networking or deeper conversations.”

Maria Smith, Facebook’s VP of Communities says that Facebook doesn’t expect all groups will want or need paid features, but that many groups already sell their own merch or organize fundraisers. So bringing the tools directly to them could be useful. On the other hand, groups have also been home to Facebook’s and content, and the company has at times struggled to keep problematic groups in check.

Given Facebook’s track record here, it feels almost inevitable that some groups will find a way to misuse these tools (Facebook is planning a slow rollout, so most groups won’t have access to these features right away.) Smith notes that subgroups will have the same moderation tools as the wider group and that it could in some cases make it easier for admin to handle. “It’s going to classify the discussions in the different subgroups and then they can manage them more efficiently,” she said. She added that groups and subgroups will also be required to follow the company’s commerce guidelines and fundraising rules.

As much as groups have been maligned, the feature is also the one that Facebook frequently points to as proof that its platform can bring people together and be a force for good. Facebook has also indicated that groups will play an important role in its plan to build a metaverse. “We’re focused on building bridges from our apps on 2D screens into more immersive virtual experiences,” Mark Zuckerberg said at the start of Thursday’s event. “Facebook, and your groups, are going to be central to this.”

Zuckerberg is still explaining what a for the social network and the company now known . But it’s not hard to imagine that today’s Facebook groups could one day inhabit virtual spaces within the metaverse, though that vision is still “a ways off,” says Smith.

In addition to the new monetization features, Facebook announced several other updates for groups, including: