From 2014 to 2016, on my days off from working as a cheesemaker at a small production facility near the Somerville-Cambridge line, I’d walk 15 minutes from my apartment to a nondescript corner of Technology Square in Cambridge, Massachusetts. After descending a small staircase, I’d be met with a familiar sight: a bar awash in the orange-red neon of vintage liquor signs, a sturdy jukebox containing a mix of hit songs from different genres, a pool table, and pinball machines. I had entered the world of State Park, and for a couple of hours, over boilermakers, playful cocktails, and Southern food like fried chicken with collard greens, I could relax and forget that I wasn’t sure where I was going or how I would get there.

In those days, in addition to working as a cheesemaker, I took odd jobs and wrote freelance articles on the side, hoping to one day land an assignment at a magazine or newspaper. I also spent countless hours sitting at State Park’s laminated wooden tables with a pitcher of drinks, talking to friends about their goals and discussing our love lives. Once (and most regrettably), I perched at one of those tables lecturing friends about how the world needed each of us “to find our purpose,” encouraging them to crystalize their goals while unsure about my own. Fueled by insecurity, I was projecting. I was reaching for a soft place to land and only feeling more unmoored. But in the warped reality of State Park, I could eat delicious beer cheese, have a shot of rye, and pretend I was somewhere where it didn’t feel as if my dream of becoming a food writer was losing steam — at least until last call. 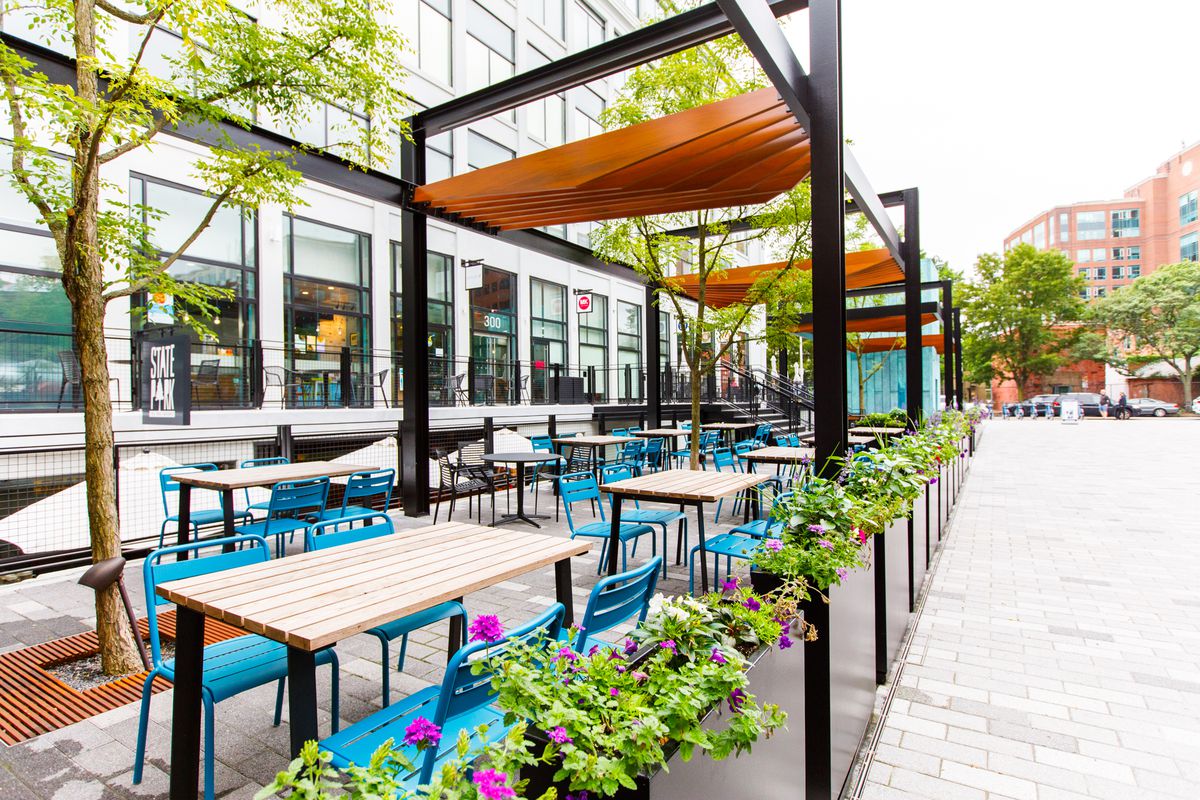 Opened in 2013, State Park is the brainchild of chefs Tyler Sundet, Rachel Sundet, Barry Maiden and Rachel Miller Munzer. Maiden is best known as the chef of Southern-inspired fine dining restaurant Hungry Mother. That restaurant is closed now, but it racked up accolades and awards during its seven-year run, including a Best Chef: Northeast win for Maiden from the James Beard Foundation. Both restaurants are named after one place: Hungry Mother State Park in Virginia, near the craggy, jagged edge of the state that touches Kentucky, West Virginia, and North Carolina. But while Hungry Mother channeled the South via fine dining versions of Southern dishes, State Park uses both menu and design to take you on a comforting, temporary trip to the region, which for me at the time felt like a respite from the uncertainty of my life in the northeast.

The use of dive bar aesthetics can be garish and gimmicky, but at State Park, it’s done with gentle admiration and humor. State Park is not a dive bar in the traditional sense, where time and grunginess are part of the charm; it’s a dive bar in appearance. The wood paneling on the walls, the back bar of whiskeys, and the neon-lit Budweiser sign are there to make you feel as if you’re in a basement south of the Mason-Dixon Line. The occasional crack of billiard balls crashing into each other punctuates a playlist that ventures from rock to hip-hop to country. Bags of Zapp’s chips hang next to the bar, available for purchase. All of the elements, including the design, are treated with respect. It feels as if you’ve wandered into the nicest bar in rural Virginia until you hear a Boston accent coming from a nearby table.

And unlike most true dive bars, State Park has the kitchen of a neighborhood restaurant, serving dependable options like crispy Brussels sprouts and glazed pork belly. Yes, you’re still in Massachusetts, but you’re also in a space where collard greens are stewed tender and slicked with duck fat and where funfetti cake is made by a talented pastry chef who understands there’s nothing lowbrow about the balance of textures in a slice of cake.

When State Park opened, I was happy to have an inexpensive place where I could eat pickled okra and andouille and share pitchers of cocktails with friends late into the night. But as my time in Boston continued, it also became a place where I didn’t have to think about having any kind of grand plan for the future. The best bars are ones where you can lose track of time, and State Park did that, but its decor and ambiance, rooted in someplace else, also made it feel like it was nowhere, like it existed in a different universe all together. I could be absorbed into the black hole of a dive bar for a few hours and come out comforted by chef Tyler Sundet’s dishes, feeling stabilized by the experience because it allowed me to be elsewhere, even if only mentally, for a bit. The warmth of the space made the harsh reality of a snowy, cold locale more bearable.

Maiden stepped away from Hungry Mother and State Park in 2015, and the Sundets and Munzer have gone on to open other concepts with Big Dipper Hospitality, including Vincent’s in the former Hungry Mother space, and have expanded the menu at State Park to include different options that aren’t solely Southern. And thanks to the pandemic, those meals are now available to be enjoyed on a patio in front of the restaurant. But when I think about State Park, I think of being subterranean and my time in Cambridge, including when I said goodbye to friends in 2016 after deciding to move to try to be a full-time writer elsewhere.

That evening, while playing shuffleboard in a corner, the bartender brought us two shots of whiskey on the house after hearing that my then-fiance and I would be hitting the road for a month before settling down in another city, where I hoped to make connections and be inspired by a different environment. After enjoying the shots, we headed out of the space and up the steps, before making one last walk back to our apartment. It was time to leave the embrace of State Park for a new reality.

Korsha Wilson is a New Jersey-based food writer host of A Hungry Society, a podcast that takes a more inclusive look at the food world.