Apple says the iPhone 13 Pro’s rear cameras have received the “biggest upgrade ever,” touting “next-level hardware that captures so much more detail.” The triple 12-megapixel setup includes a primary sensor with a large f/1.5 aperture, a 77mm telephoto lens and an ultra-wide option with a 120-degree field of view. Night mode is now supported on all three of the cameras, so you don’t have to compromise on wide-angle or close up shots in low light. There’s also a new macro photography feature thanks to the updated ultra-wide lens, along with software like Photographic Styles and Cinematic Mode.

Those two modes are also offered on the iPhone 13 and 13 mini, and you can read my review of those phones for more details. In short, Photographic Styles lets you easily customize and set a sort of default for the contrast levels and color temperature of your images. Meanwhile, Cinematic Mode is good at identifying faces and people in a scene and blurring out everything surrounding a subject, but it struggled when I tried to change the focal point. The system is also a little wonky at outlining individuals, and stray body parts like thumbs and ears can get eaten up in the artificial blur. I found that adjusting the intensity via the f-stop setting helped keep this problem at bay, but the trade-off was less of a DSLR-like look in the final video.

One feature the Pros have over the regular 13 is macro photography. With this generation, you can get as close as two centimeters away from your subject and not lose focus. Unfortunately, Apple doesn’t offer a way to manually enable a macro mode; the system automatically switches to the close-up camera when you get all up in something’s face.

The iPhone 13 Pro was generally accurate at detecting when I was trying to get a tight shot, but it kept changing back and forth between macro and regular views. Sometimes it would continually focus and refocus on the flowers behind the buds I was trying to shoot. The latter is a more understandable issue; every little hand tremor is magnified when a camera is zoomed that far in, making it hard to latch on to a subject. Not to mention something in motion, like a leaf in the wind. But that’s all the more reason to give users manual control.

Apple has said it will be releasing a software update soon that should prevent the camera from switching in and out of macro mode, which I of course can’t vouch for yet.

When it worked as expected, macro mode delivered surprisingly great results. My shots of a closed flower bud and the vein system on a leaf’s surface were impressively detailed, showing individual hairs on the stem and petals. Close-ups of a fried fish clearly rendered the oil oozing out of the batter.

You need to make sure to let enough light shine on your subject, though, because my shots of a bee inside a flower were dark and splotchy. But that’s basically Photography 101; it’s not an issue specific to macro mode.

In general, the iPhone 13 Pro took sharp, colorful photos rivaling my sample shots from the Pixel 5 and Galaxy S21 Ultra. Apple’s default treatment renders pictures that are typically brighter and sometimes more saturated, but with Photographic Styles you can pick a look that you like and stick with it. I’m not a fan of the iPhone’s aggressive HDR effects compared to the Pixels’ more neutral landscapes, but frankly we’re at a point where Samsung, Google and Apple are generally on par in terms of sheer quality.

The iPhone 13 Pro’s upgraded sensors also really improved low light performance. I took photos of the moon peeking through some clouds in the middle of Manhattan skyscrapers with the S21 Ultra, Pixel 5 and iPhone 13 Pro, and they were all clean and sharp. They differed a bit in color temperature, but it’s not noticeable without a direct comparison. Google still retains an advantage with Night Sight, though; it produces photos that are significantly cleaner, brighter and richer in detail.

As for the 13 Pro’s front camera, it’s pretty much the same as the iPhone 13’s, and that’s not a bad thing. You’ll still get Cinematic Mode and Photographic Styles via the 12-megapixel True Depth sensor, and though selfies were a little soft in low light, they were otherwise sharp.

Because these are Pro-series phones, Apple also threw in support for ProRes videos in addition to its ProRAW format for stills… or at least it will eventually. ProRes won’t be available until a future iOS 15 update arrives at an unspecified date, but it promises to preserve colors at high quality. And, thanks to the A15’s hardware acceleration plus video encoders and decoders, you’ll be able to record in the format at up to 4K resolution (1080p for the base 128GB model) and 30 frames per second.

Speaking of, the iPhone 13 series runs iOS 15 out of the box, and I was able to test most of the new features when I tested the beta version. Focus modes, for example, let you set custom home pages and notification profiles based on your location or time of day. It’s one of my favorite new features on any smartphone platform in recent years because it allows people without a separate work device to switch off from work when they please.

Since most of iOS 15’s new features will be coming to older iPhones, though, they’re unlikely to sway your decision on whether to upgrade. We’ll have a more in-depth review of iOS 15, but suffice to say I appreciate the level of control it offers. I’m especially looking forward to testing out SharePlay, which hasn’t rolled out yet, but will let you watch shows with or stream your phone screen to friends over FaceTime.

The main difference between the iPhone 13 and iPhone 13 Pro’s processors is that the latter uses a beefier 5-core GPU. This means that graphics-intensive tasks like gaming or video editing should be executed more quickly. I made a trailer in iMovie and while I had to wait 51 seconds for it to finish exporting on the iPhone 13, it took a mere 15 seconds on the Pro.

The iPhone 13 Pro’s A15 Bionic chip is similarly powerful in less-intensive tasks. I played rounds of Catan, watched various YouTube videos, chatted with friends, played music and snapped photos in rapid succession — all without any delay. And I know I’ve already said this a lot, but I have to stress again that the faster screens here just make most tasks feel more responsive.

In the week or so that I’ve had the iPhone 13 Pros, I’ve only needed to charge them twice. Granted, I spent most of the first few days focusing on the iPhone 13 and 13 mini, using the Pros predominantly when I was doing intensive camera testing. But when I switched over to the more-premium devices, the iPhone 13 Pro lasted almost a full two days before needing a charge. Battery levels dipped more quickly when I was playing games and exporting videos, but not so much that I had to worry about running out of juice.

Considering its higher refresh rate, that’s an impressive runtime. I’m still running battery tests across the iPhone 13 lineup, and will update this review with more empirical results as soon as that’s done. For now, though, it’s clear that despite the ProMotion displays, the iPhone 13 Pro and Pro Max can last longer than a day.

With faster screens, superb performance and long-lasting batteries, the iPhone 13 Pro and Pro Max are excellent phones. If you’re on a device older than a 12 Pro, you should consider upgrading just for the new ProMotion displays. Though the cameras also got a noteworthy improvement, I’m not sure they’re going to be the biggest draw. It’s honestly hard to spot the difference in quality between photos taken by Apple’s recent flagships.

Features like Cinematic Mode, Photographic Styles and macro cameras are nice to have, but won’t define your iPhone 13 Pro experience. And though Apple was playing catch up to Android flagships by finally introducing 120Hz screens to its phones, there are now fewer things that Samsung and Google offer that the iPhones don’t. But for basically anyone who uses iOS, the iPhone 13 Pro (and Pro Max, if you don’t mind its weight) is a worthy upgrade.

Processor: A15 Bionic with 6-core CPU and 5-core GPU

Battery: “Up to 22 hours video playback”

Processor: A15 Bionic with 6-core CPU and 5-core GPU

Battery: “Up to 28 hours video playback” 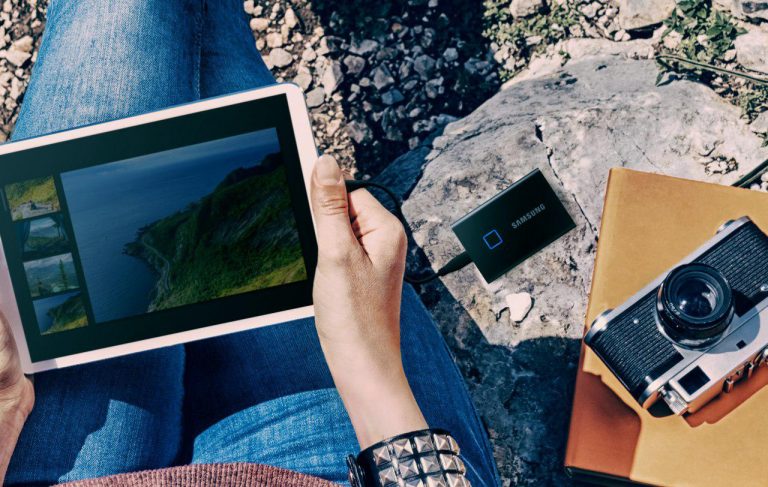 [ad_1] All products recommended by Engadget are selected by our editorial team, independent of our parent company. Some of our stories include affiliate links. If you buy something through one of these links, we may earn an affiliate commission. While the Samsung T7 SSD has been on sale for a week or two, the T7… 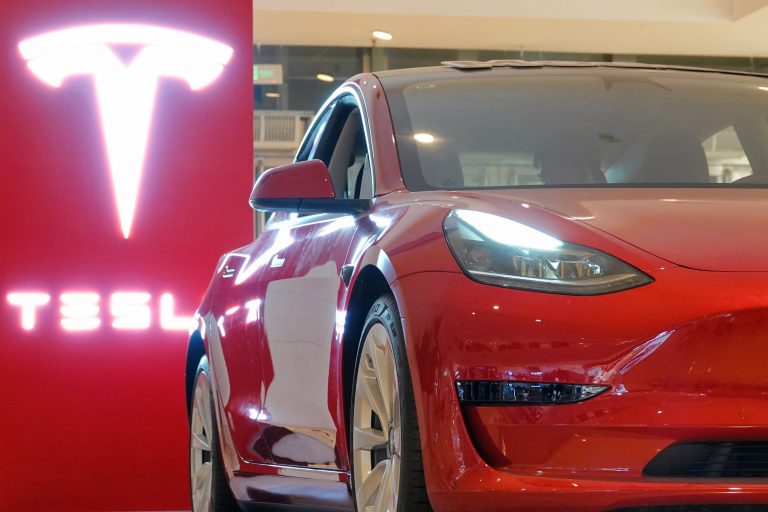 [ad_1] Telsa’s already-smudged safety reputation took another hit on Thursday as the National Highway Traffic Safety Administration announced the start of a new investigation into the company — this time, in response to a flurry of complaints by owners that their vehicles would randomly and dangerously decelerate while at freeway speeds, which they’ve come to… 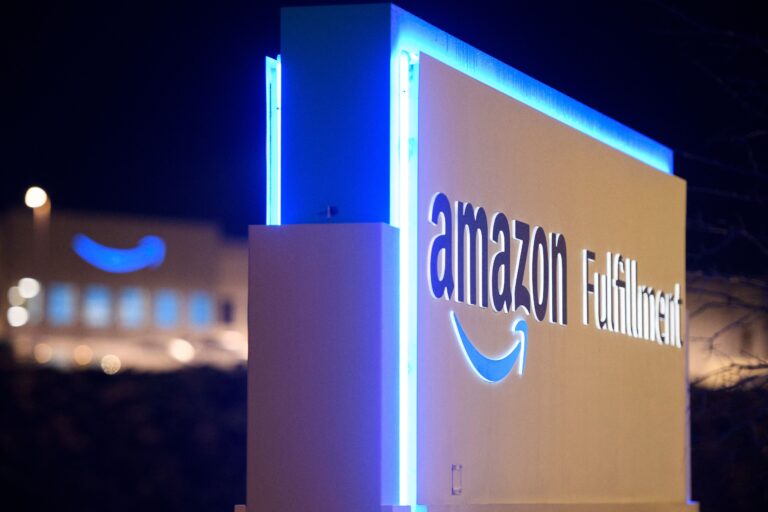 [ad_1] It’s now clear when Amazon warehouse workers in Bessemer, Alabama will vote in a mandatory second union election. As Motherboard‘s Lauren Kaori Gurley notes, the National Labor Relations Board has sent notice that employees at the BHM1 fulfillment center can start voting with secret mail ballots on February 4th, with the vote count beginning… 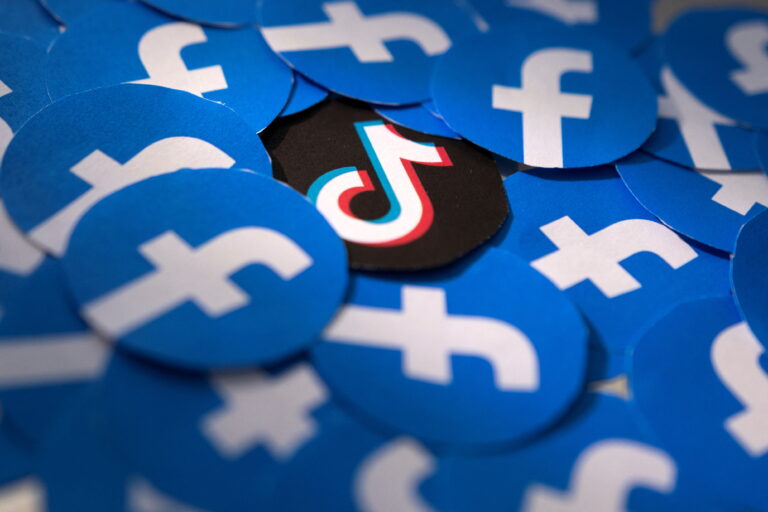 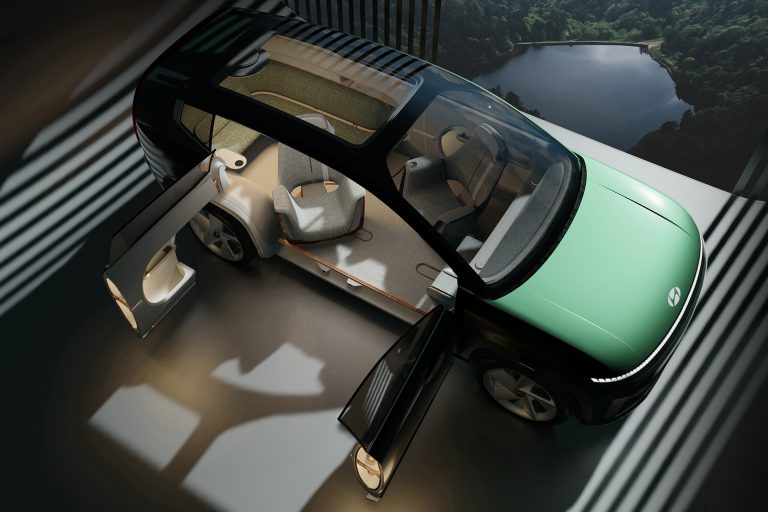 [ad_1] Hyundai is joining the ranks of automakers envisioning self-driving cars as living rooms. The brand has revealed its previously-teased “Seven” concept EV, and it’s built for an era when you might only occasionally take the helm. The SUV centers on a lounge-like interior where the driver’s control stick retracts in autonomous mode, letting them… 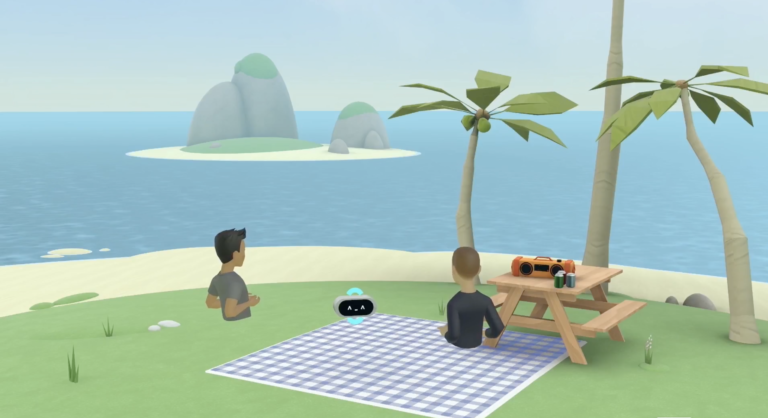 [ad_1] Mark Zuckerberg may still be explaining exactly what the metaverse is, but the Meta CEO just showed off another technology he says will be crucial to the company’s vision of creating immersive environments. Meta’s AI researchers are working on a voice-powered bot that allows users to change their virtual surroundings with voice commands.  Zuckerberg…