Welcome to the Eater round-up of Great British Bake Off 2021, as Paul Hollywood, Prue Leith, Matt Lucas, and Noel Fielding return to Channel 4 with the 12th series of cakes, puddings, breads, and inevitable recourse to terrible baking puns. Filmed again in a bio-secure coronavirus bubble, Paul Hollywood’s terrible handshake is here, sweaty as ever, and the tent stands on.

Great British Bake Off 2021 Episode 1 was, as ever, Cake Week. Paul Hollywood and Prue Leith judged a mini roll signature, a malt loaf technical, and an anti-gravity cake showstopper, as the first episode of GBBO kicked off. Contestant introductions were many, cutaways were rife, and cakes toppled to the floor. Here, now, is a recap of Great British Bake Off 2021’s debut.

Paul Hollywood is a judge, but after the Billy Ray Cyrus intro, the world will judge him

Great British Bake Off has plenty of form for kooky intros — particularly since Noel Fielding and then Matt Lucas joined as presenters. In contrast to GBBO 2020, which sent up Boris Johnson’s COVID-19 press conferences, the intro made no nod to the ongoing, if much receded coronavirus pandemic. Instead, it baked one giant cheesecake, with Paul Hollywood, Prue Leith, and those funny little boys dressing up in Billy Ray Cyrus garb and miming a rendition of ‘Achy Breaky Heart’ for the ages. Karaoke subtitles on screen, it was just begging to be screencapped into meme form and/or savaged by the public.

sorry did i just hallucinate the intro. did that actually happen #GBBO

The Cake Week signature helped to cover up the cracks

Great British Bake Off’s first signature challenge of 2021 was mini rolls, with a litany of GBBO clichés: Black Forest everything; Prue saying that one tiny passion fruit mini roll from Jairzeno was “worth the calories”; a lack of temperature management leading to filling leakage. The judges did, however, enjoy Crystelle’s chai mini rolls, which is some serious progress from people who ordinarily sneeze if someone waves a cinnamon stick in the next county. But more striking was the absolutely constant repetition of “I’m covering up the cracks,” which is both a very valid thing to need to do with Swiss rolls, whose tendency to fissure is unmatched, and the kind of line which plays extremely well into online self-deprecation. Would be a shame if lots of people twee—

‘This is what I call covering up the cracks’

Me as I hit the Amazon order button yet again, buying a load of other shit I don’t need to cover up the all encompassing void I feel inside#GBBO pic.twitter.com/Rv8HcY8vJS

Covering up the cracks. A good life motto that #GBBO

Malt loaf is not a cake. Malt loaf is an excuse to provoke insufferable discourse about millennials not knowing what malt loaf is. That is all.

The showstopper was once again a tribute to grand chaos…

The Great British Bake Off 2020 Cake Week showstopper round was one of the series’ highlights. Combine the impact of lockdown, the “everything is cake” meme, and Paul Hollywood’s brain, and produce Freddie Mercury’s head exploding, Sir David Attenborough falling over, and a nightmarish resemblance of Tom DeLonge. But this year GBBO went a step further, by turning its most feared baking eventuality into a whole challenge. No-one wants their cake to topple over, so this year’s showstopper was baking a cake whose principal case for existence is almost, but not quite toppling over. The designs were stunning, and contributed to the feeling that after an uneasy last series, GBBO’s sense of joy is back to the fore.

… But displayed a troubling tendency to round off Episode 1

Great British Bake Off has always been an organic meme factory. People watch it, and they tweet about it: they root for contestants, argue about the merits of technicals, and console over the show’s frequently wild judging decisions.

This is an increasingly prominent element of what it means to watch television: big scenes and, in the context of the shows, innocuous quotes alike are repurposed into another form of content, as tweets, screencaps, and memes, the latter often then swelling wider than the show from which they came, and indeed being used to comment on the action in other shows. But the line between spontaneous riffing and a kind of pandering feels increasingly fragile in dramas and fictional series — Netflix, with its “no context sex education” Twitter account, has fully crossed over into saying the quiet part loud — and this week’s GBBO too felt like it was flirting with the fourth wall. Prue’s “I really hate the fact that people are making loads of jokes about how I look just like Maggie!” t-shirt had a lot of people asking a lot of questions about how she looks just like Maggie; the intro was a full-on stunt; creating a challenge entirely designed around the possibility of a big collapse scene is, necessarily, inviting a big collapse scene (sorry, Amanda.) GBBO really doesn’t need to force it when it comes to memorable moments, so may this not continue, please.

Star baker: Jürgen (whose phone call to nobody at home itself felt rather effortful)
Going home: Tom
Running theme: Please like and rt 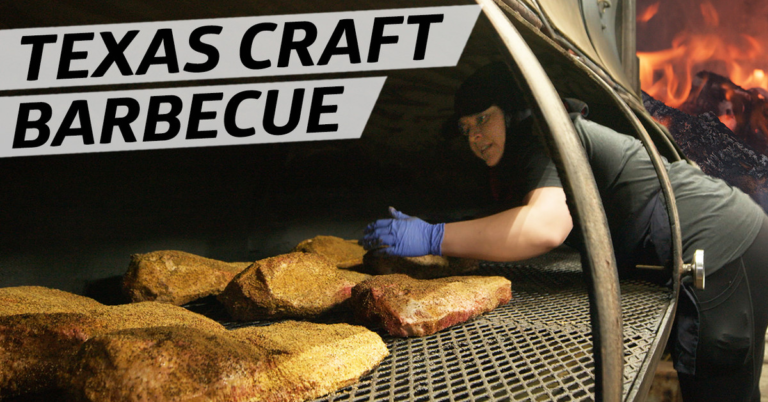 [ad_1] The operation at Texas’s LaVaca BBQ is a family affair. The Nevarez family — founders Lupe and Christine and their daughter Kelli, who acts as pitmaster — infuses Mexican flavors and dishes they grew up with into traditional Texas barbecue. “A lot of our recipes, a lot of our influence, has been our family,… 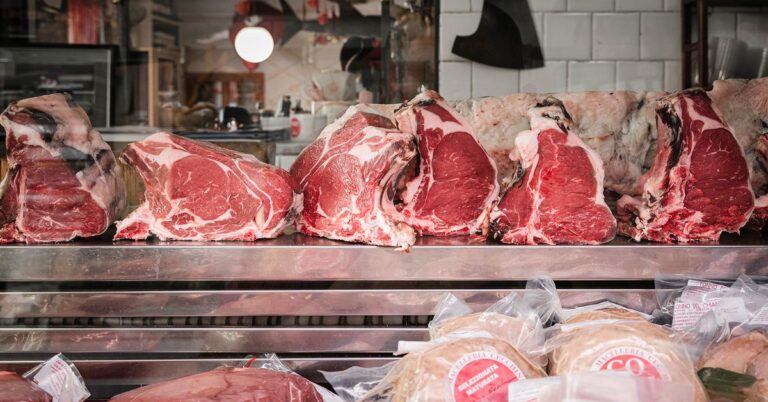 [ad_1] At Antica Macelleria Cecchini, Dario Cecchini’s butcher shop and restaurant in Panzano, Italy, the words to live by are “carne diem.” As he stands behind the counter slicing enormous sirloin steaks Florentine-style, Cecchini puts his philosophy plainly: “Eat meat and do not think too much to the future,” he says. “Enjoy the moment.” Enjoying… 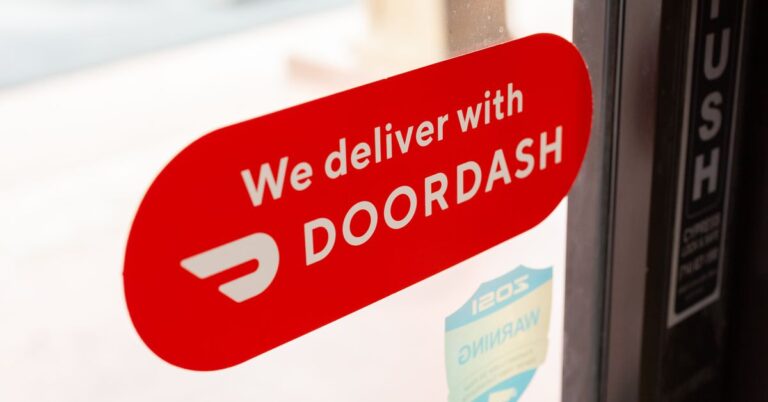 [ad_1] As part of the company’s ongoing push for growth and expansion, DoorDash announced that it’s getting into the financial services business with plans to offer cash advances to restaurants that will be automatically repaid via deductions from every DoorDash order the establishment fulfills. DoorDash Capital will offer what the company describes as “fair, fast… 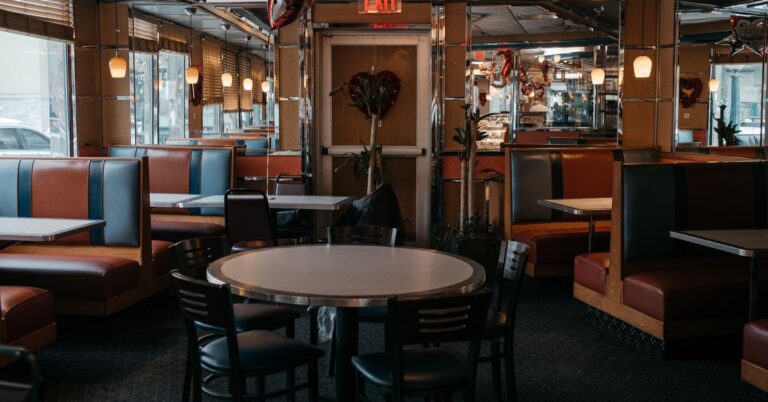 [ad_1] Casey Lewis was scrolling through Seamless looking for a bacon, egg, and cheese sandwich when it occurred to her: “What are all of these random ass breakfast offerings?” Lewis has lived in Williamsburg for years and describes herself as a regular user of Seamless, but on April 6 she noticed a slew of new… 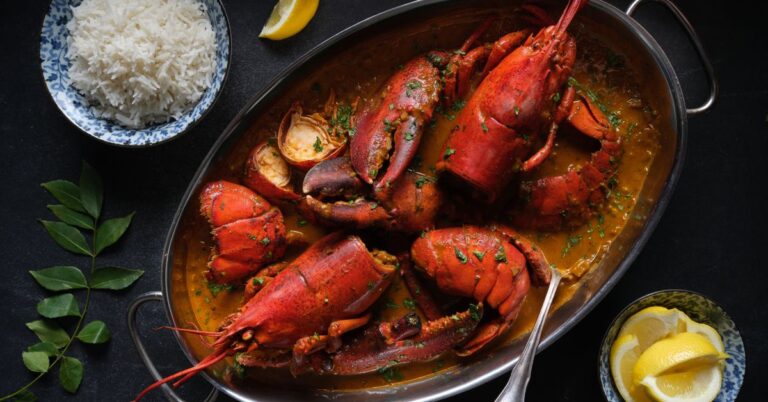 [ad_1] I grew up in a Gujarati family in Zimbabwe. As an immigrant, I’ve always struggled to feel at home in the U.S., but never more so than last year when my husband and I moved to Maine, the whitest state in the country. Mainers call people who aren’t born in the state “from away.”… 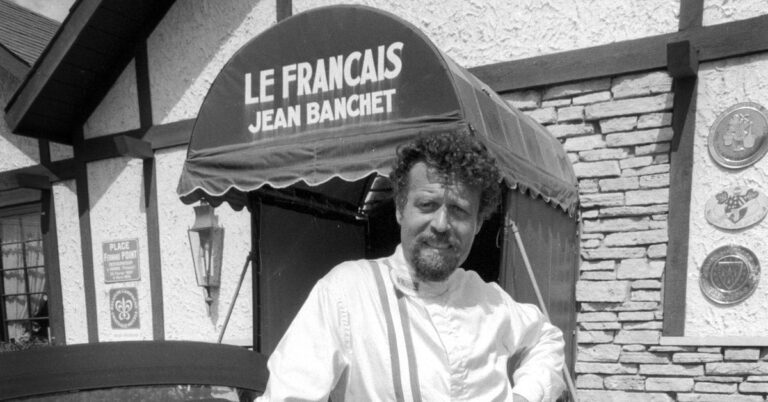 [ad_1] For those in Chicago’s restaurant scene, the Jean Banchet Awards, recognizing excellence in the local food and beverage industry, symbolize a bittersweet homecoming for restaurateurs, after COVID-19 hurled their business model into chaos and thrust their workers to the frontlines of a pandemic. How the awards came about and their impact on the city’s…