On a rainy evening in 2018, I had just picked up one of my first deliveries as a bicycle courier for Uber Eats — a medium-rare burger and fries, from a tavern near NYU — when the app chimed, asking if I wanted to pick up a different order from the same tavern for an extra $2. It didn’t tell me where the additional drop-off would be, but I assumed Uber’s AI wouldn’t send me too far from the drop-off I had already agreed to, at a nearby apartment in the East Village.

It took the kitchen 30 minutes to bring out the second order, a chicken-breast dinner. Per the app’s design, only after I confirmed that both meals were in my bag did Uber Eats reveal the destination for the chicken dinner: midtown, much farther than I expected. And for some reason, the app ordered me to deliver the chicken dinner first — sending me on a harrowing four-mile round trip through the rain — before going to East Village to deliver what was by then, a soggy, cold, and very late burger.

The entire job took an hour and 21 minutes. I was paid $7.13, an effective hourly rate of $5.28. No tip. And no way to change the algorithm that controlled my job.

I’ve been doing this on and off for three years now, and like other delivery workers, I recognize that this job is tough. But it’s experiences like these — unfair, unsafe, and underpaid, meted out by an uncaring algorithmic boss — that can make this work feel so demoralizing. That’s why it’s heartening to see New York’s City Council pass a set of landmark measures today that addresses basic labor conditions for the city’s roughly 65,000 delivery workers — the vast majority of whom are immigrants who struggle to get by, despite feeding New Yorkers through the pandemic, scorching heat, and flash floods. This first-in-the nation legislation, which was crafted in consultation with Los Deliveristas Unidos, a local labor group of immigrant delivery workers, will not solve every problem couriers face. But it’s a very strong start.

Assuming Mayor de Blasio signs the package of six bills as promised, the city will create a minimum wage for delivery workers’ base pay (which does not include extras like customer tips, which companies like DoorDash stole for years). It will allow workers to set a maximum distance we’re willing to travel each trip, to refuse crossing bridges and tunnels, and change our preferences anytime. It will eliminate the fees platforms charge us to cash out our own earnings and mandate transparency around our tips. It will outlaw the gig companies’ practice of forcing workers to buy expensive insulated bags from them and require them to issue the bags for free. Crucially, it will require delivery platforms to include a provision in their contracts with restaurants to allow couriers access to bathrooms.

That many of these problems exist at all comes from the fact that delivery workers are considered “independent contractors” under current law. While the gig companies present this classification as a way to give workers “freedom and flexibility,” in reality, the companies control us through an opaque system of algorithmic rewards and punishments that govern our behavior, backed by the threat of “deactivation” (read: firing) at any time. It means the companies don’t have to abide by minimum-wage laws, pay into unemployment insurance, or offer paid time off or sick leave — to say nothing of basic necessities like health insurance. This is what allows the companies to build multibillion-dollar businesses off of our hard work, which has an injury rate as high as 44 times the average American job, while absolving themselves of any duty of care.

The bathroom issue is a clear example of the kind of neglect that happens when the lines of responsibility between platform, restaurant, and worker become blurred. It became frighteningly clear last year in the first days of lockdown, when couriers all around me were tasked with keeping the city fed, but lacked a safe place to pee or wash our hands. As a writer, I was able to take a break from delivery work then, but others didn’t have that luxury.

The bill that just passed City Council is a critical first step to fixing this, but it’s incomplete. For starters, it only applies to food-service establishments that have signed contracts with the delivery apps. It doesn’t include all the eateries that the platforms have added to their apps without their consent, a “growth hack” that confuses customers and angers wait staff (who sometimes vent their frustration by yelling at me and other couriers). A state bill to outlaw this practice was proposed earlier this year, but has languished in committee.

The effort to establish a minimum base pay for delivery workers also faces challenges. The law calls for New York’s Department of Consumer and Worker Protection to launch a study of delivery workers’ labor conditions before putting forth new rules no later than January 1, 2023. What isn’t clear is how the city agency will calculate a fair hourly rate. The app companies’ preference would be to only count the time workers are “engaged” on a delivery, and ignore the time we spend waiting for an order (which can be as much as half a shift). For delivery workers, a fair wage would not only take into account wait times, but also the expenses involved in doing this work and the cost of paying for our own benefits, since workers are currently excluded from any.

The most important expense that should be accounted for, but isn’t, is the cost of our bicycles. I’ve met workers who have had their bikes stolen two or three times. These thefts are devastating — an electric delivery bike easily costs more than $2,000, more than many workers’ monthly pay — and dangerous. In April, Francisco Villalva Vitinio, a 29-year-old worker, was murdered for his e-bike in East Harlem. A survey conducted last year by the Cornell Worker Institute and the Worker’s Justice Project (which supports Los Deliveristas Unidos) found that 54 percent of New York delivery workers have had their bikes stolen, nearly one-third violently. The gig companies should do far more to fund workers for their equipment, so nobody has to lose their life trying to protect it. The new laws do not have this provision.

So even as we celebrate their passage in City Council, these new bills are just a foundation to build upon. To me, having full worker protections as a delivery worker means rightfully classifying us as employees and winning the right to unionize and strike (in April, a gig-company-backed state bill proposed letting workers form unions, but would prohibit strikes and lock them into independent-contractor status. It thankfully collapsed). And, ultimately, in this age of algorithmic management, we should think about how to secure delivery workers’ rights to our own data, so we understand the app’s calculus for how it assigns our orders and what we can do when it makes a bad call. All of these reforms will help us do this work with increased safety and dignity — and make sure that your food still arrives hot. 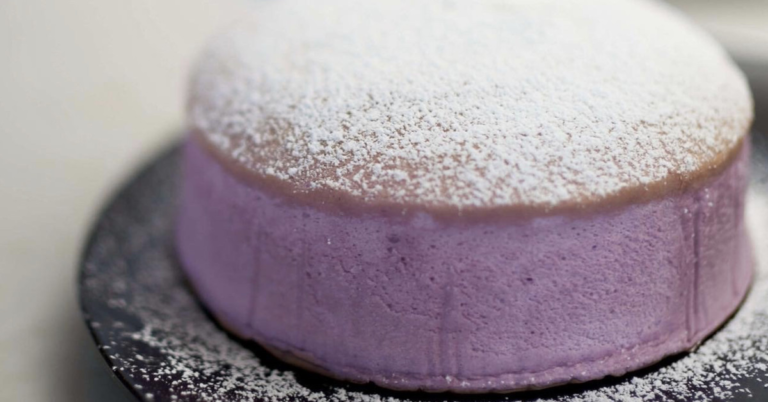 [ad_1] Kat Lieu started the Subtle Asian Baking Facebook group with a few of her close friends while stuck indoors in Seattle at the beginning of the pandemic. At the time, she was working as a physical therapist, and, like many other Americans, used baking as a way to relax during a stressful time; she…

[ad_1] Whether it’s delicate and grassy or bold and fruity, olive oil can make a gorgeous addition to dessert. That’s something that chef Dario Cecchini, the famed Italian butcher and restaurateur, knows intimately. His knowledge is on full display in his torta all’olio recipe for YesChef, a streaming platform offering cinematic cooking classes taught by… 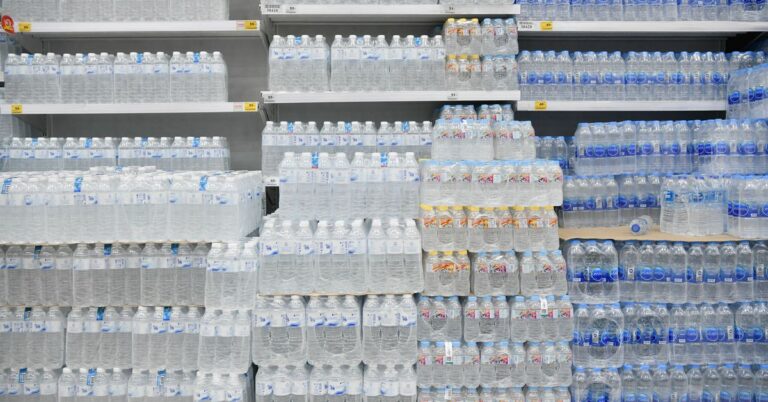 [ad_1] Everyone has to drink water, especially in our hydration-obsessed era, and it’s that fact that has turned bottled water into a multi-billion dollar industry. When you walk down the water aisle, there are seemingly endless options, from alkaline to mineral to vapor-distilled, all promising to make your body healthier than plain old tap water…. 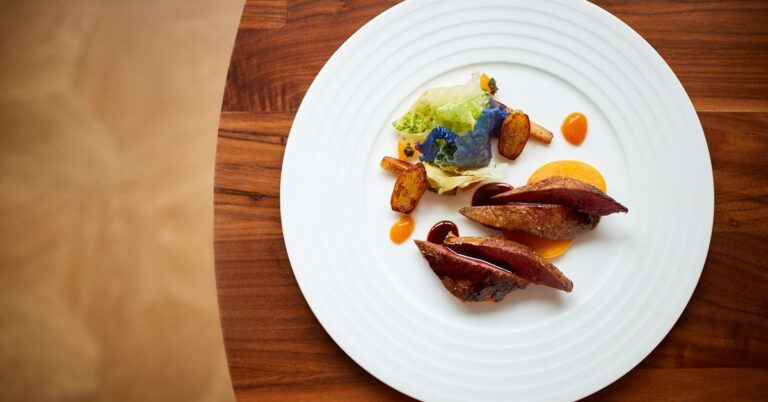 [ad_1] Michelin has announced its 2022 stars for Great Britain and Ireland, using Twitter instead of the usual slightly whack ceremony, which it previously streamed online. There were no new three-Michelin-starred restaurants named in the capital, after Core by Clare Smyth and Hélène Darroze at the Connaught earned the accolade last year. Having apparently found…

[ad_1] Jolted by two lockdowns during 2020, Paris restaurants are thriving again. In August 2021, the city began requiring patrons to show proof of vaccination before entering restaurants, which boosted public confidence about indoor dining; it also helps that 80 percent of the French have now been vaccinated. So the scene is simmering again, with… 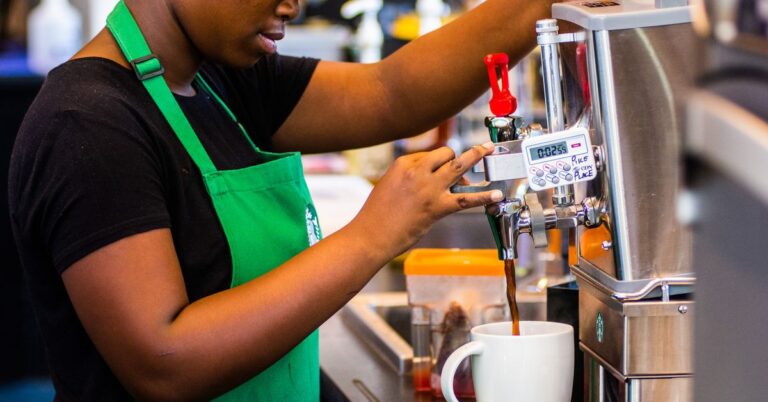 [ad_1] Corporate opposition to the unionization efforts at Starbucks continued this week. As CEO Howard Schultz announced in an earnings call yesterday, Starbucks will be committing $1 billion during the fiscal year 2022 to “additional investments in partners and stores for prioritized areas” including increased pay and training. The company first announced in October that…