There’s a Dunkin’ Donuts on Brookline Avenue across the street from Brigham and Women’s Hospital and the Dana-Farber Cancer Institute that is unremarkable and exactly like every other Dunkin’ Donuts in Boston aside from the fact that I once ate there almost every day for two consecutive weeks in the spring of 2019.

I’d park my car out front (if I got lucky and there was a spot), pay the meter, and go inside to order a glazed blueberry- or strawberry-frosted doughnut and an iced coffee with almond milk and no sugar. I’d exit, check and recheck every sign on the block to make sure I wasn’t going to get ticketed or towed, and wait for a break in the traffic before scampering across the street. I’d clench my jaw and grind my teeth as I watched doctors and nurses suck cigarettes down on their breaks. It had been almost a year since I quit, so coffee and doughnuts would have to do.

The walk from the car to the hospital entrance was just a couple hundred yards. Sometimes it felt like it took no time at all — a disassociated body fueled by caffeine and carbs with a rote understanding of how to get to the place it needed to be, a version of time travel, but to nowhere good — and other times it felt like an eternity — it takes a great deal of effort to move our bodies in the direction of a parent who might be dying, or might already be dead.

Acute lymphoblastic leukemia is a relatively rare cancer of the blood that is more often seen in children than adults. Children have much higher five-year survival rates. It moves quickly and quietly, and, if left undiagnosed, it can kill a person within weeks.

Around Thanksgiving 2018, my father was feeling exhausted all the time. The bags under his eyes were darker, and his legs and back were more sore than normal. He wasn’t sleeping well, and when he did sleep he never woke feeling rested. He was coughing a lot, but it wasn’t allergy season. A person in their mid-60s might be expected to feel tired after 45 years of work; a person in their mid-60s who lost their spouse in their mid-40s might be expected to feel a little more tired than most. Still, this new exhaustion seemed different, its cause more internal and invisible than external and obvious.

I got a voicemail from my father sometime before Christmas. His tone was serious but his voice was shaky. He told me I should call him as soon as I could. I’d already gone through this all with my mother; I knew exactly what he meant.

My father was too sick to spend Christmas with the family at my aunt’s house. His wife Barbara and my older brother Sean went, and I stayed home to make sure he had some company, and to bring him to the hospital if his condition worsened. He, Barbara, and my brother were living in a drafty rental on Hampton Beach in New Hampshire that winter, having suddenly been displaced from their previous home after their landlord told them he was selling it.

The walls in the living room were paneled with slats of pine varnished with polyurethane, and the mantle above the functionless fireplace supported a collection of knickknacks that could best be described as “vaguely New England kitsch.” The countertops in the kitchen were made of yellowish-beige Formica and were chipped from decades of other people enjoying themselves on summer vacation.

We watched a few basketball games, and I made us something simple for dinner, though I can’t remember what exactly. My father didn’t eat. I thought about being 5 and breaking into my parents’ closet in the days leading up to Christmas to sneak a peek at my gifts. A Teenage Mutant Ninja Turtles film camera. A Hulk Hogan doll. A Game Boy. I pictured my mother baking cookies in the house that I grew up in; later, I helped my father piss into a bottle when he was too weak to rise from his armchair.

Nothing in that strange vacation house was ours. Not the pots, not the coffee mugs, not the kitchen table, not even the Christmas decorations. I should have been carving a turkey at my aunt’s house, and my father should have been laughing as I mimicked the scene from Christmas Vacation when the bird’s golden carcass splits and smokes and shrivels as Clark attempts to serve his guests. Instead we shared an unmemorable meal together in front of a basketball game neither of us cared about. My father entered the hospital a few days later for the first of what would turn out to be many stays over the year that followed.

You don’t know what you’re going to walk into as you sign the guest book in a cancer ward, and that’s mostly because people aren’t typically admitted to cancer wards if their treatment is working as planned. When my father was admitted to Brigham and Women’s in the spring of 2019, months after his initial diagnosis, he was experiencing exhaustion along with muscle pain in various parts of his body.

It was quickly revealed that he was suffering from a blood infection, which his doctors treated with a cocktail of medications that caused a buildup of fluids around his heart, which caused him to go into atrial fibrillation, which lasted about a week. As he was being treated for afib, my father went into a state of delirium, which also lasted about a week. His doctors assured me that this sort of thing happens all the time; those assurances didn’t change the fact that my father couldn’t remember his own birthday, or the names of his two sons.

As a rule, there is never anything good to eat in hospitals. It’s a cruel irony, because few people need a decent meal more than those who care for our sick and mourn our recently deceased. I wasn’t eating Dunkin’ Donuts every morning for nearly a month because it’s nourishing — I was eating it because McDonald’s, Charleys Philly Steaks, and room temperature cheddar broccoli soup from the Au Bon Pain attached to the hospital’s lobby sounded a lot worse.

Then one day as I was walking through the Longwood Galleria — a sort of mall food court/pharmacy/bank hybrid space inside the hospital campus — I noticed a kiosk with a sign that read, “Noodles King.” I wasn’t sleeping much then; the bags beneath my eyes were so dark they could have been mistaken for bruises, and I’m sure my clothes were wrinkled, if not too dirty to wear in public. It was lunchtime, I wasn’t ready to see my father, and Noodles King’s menu featured one of my favorite things: hand-pulled noodles with vegetables in chile oil.

I ordered a bowl and a Coca-Cola, and I ate hunched over a purple high-top that was somehow both too high to comfortably sit at and too low to comfortably stand at. The noodles were unbelievably good — chewy and dripping with zingy chile oil. I must have eaten the entire bowl, which contained what felt like a pound’s worth of noodles, in fewer than five minutes.

A bowl of noodles — no matter how good — can’t save a life or blunt the pain and fear one feels as they are mourning or preparing to mourn the death of a loved one. Of course they can’t. But a bowl of noodles can offer some comfort, however fleeting. I’d been living off of coffee and doughnuts for weeks; the noodles — piquant and chewy and toothsome — were right there, just under my nose. I don’t remember much from that time (I’ve chosen to forget most of it), but I sure as hell remember eating those noodles. I’ve eaten them many times since, and I imagine I’ll eat them many more times in the future.

There’s a certain and specific disposition one manifests when they’re mourning the loss of a parent, or believe that they are on the verge of having to do so. An atmosphere builds up around them, layered like the one that envelops the earth. In the layer nearest the body, one is able to breathe as normal, to go to the post office and drop off a letter, to make sure the plants are watered. As one exits this layer — against their will, most frequently — the air begins to thin and it becomes difficult to breathe, and almost impossible to water the plants. At first it is very cold, and then it is very hot, and then there is nothing, or everything — a vast expanse that might be inflating infinitely, or might be heaven. It is inside this void that one lingers, like a cosmic waiting room, eyes locked on some vague horizon. The troposphere doesn’t disappear — it is still there, one can even see it — but it is inaccessible nevertheless. If you’ve been there before you can usually recognize when others are inside.

My father is in remission now. He still has days when he feels very sick, but he has just as many when he feels well enough to play with his grandchildren or host my wife and I for dinner. As for me, I’m no longer inside the void — but I recently went to Longwood for those noodles and I saw many people who were. I hope that they get out some day. 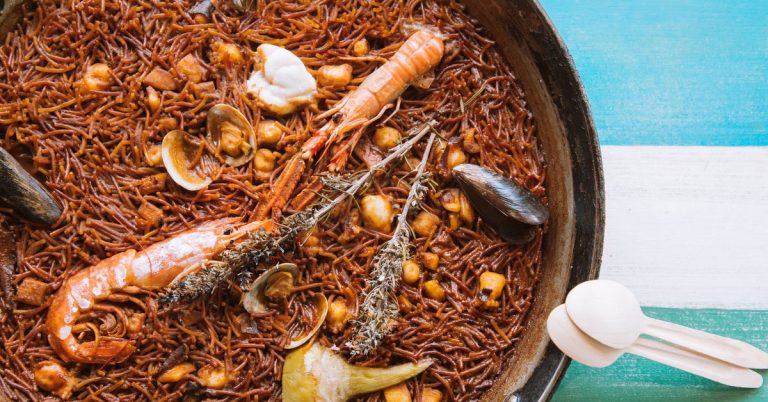 [ad_1] If you came to Barcelona for paella, you wouldn’t be alone: A wide pan of saffron-yellow rice studded with seafood is one of Barcelona’s great culinary delights. Few dishes are as impressive or, when done right, as delicious. I wrote an entire book on paella and have devoured my mother-in-law’s shellfish version hundreds of… 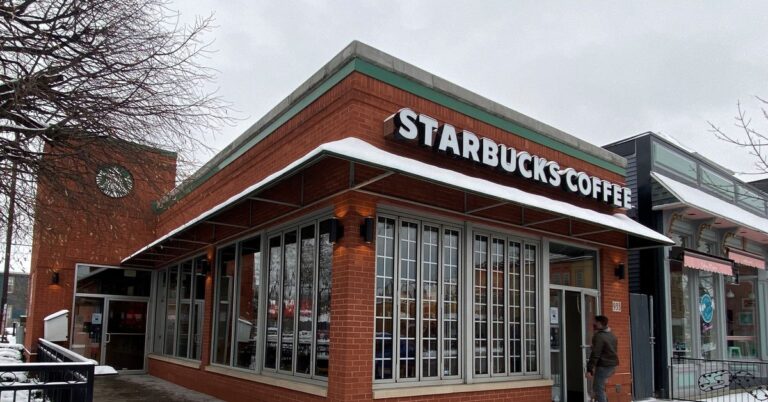 [ad_1] After years of low pay, tough working conditions, and few benefits, unionization is having a moment in the food and beverage industry. Workers at chains like Chipotle and McDonald’s are organizing unions at an unprecedented pace, likely due to added strain and financial difficulty induced by the pandemic. Costs for everything from food to… 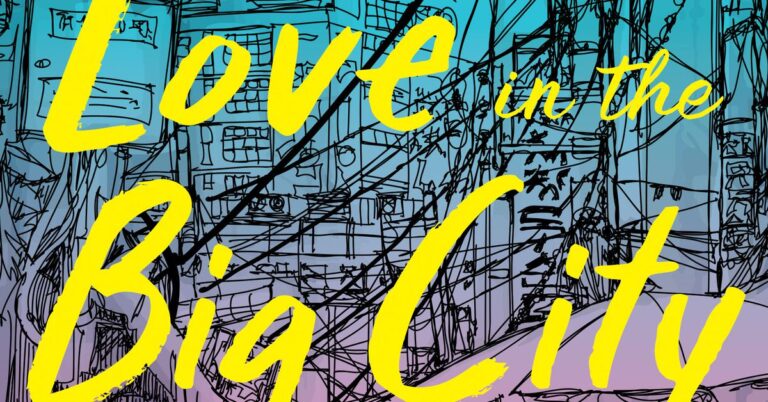 [ad_1] There’s a blurry photo of me, taken on one of my last nights in Seoul, taken on a city bus as it sped past blinking Gangnam lights. I’m dressed sharp — no self-respecting Korean would ever leave their apartment looking anything but — and bundled in a glossy down coat. My head tipped back,… 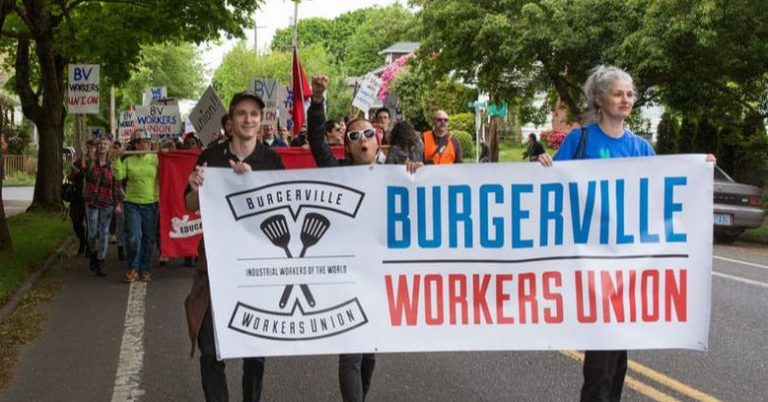 [ad_1] For more than three years now, the Burgerville Workers Union has launched strikes, pickets, and walk-outs, and negotiated over numerous meetings to win better pay, better job protections, and other demands from the local fast food company. The Portland Mercury was the first to break the news that the two parties will likely ratify… 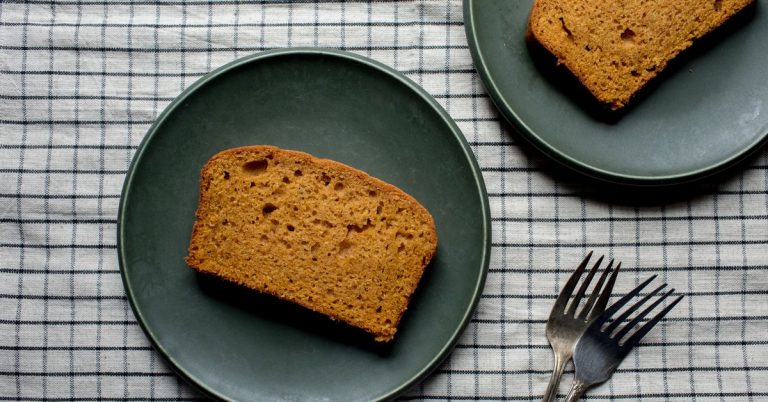 [ad_1] There is no denying the hold the pumpkin spice everything has on American food culture during the fall. From lattes to cookies to ice cream to….kettle corn, pumpkin has taken over as the ingredient that people reach for to bring a bit of autumn festivity into their lives. But growing up as a Black… 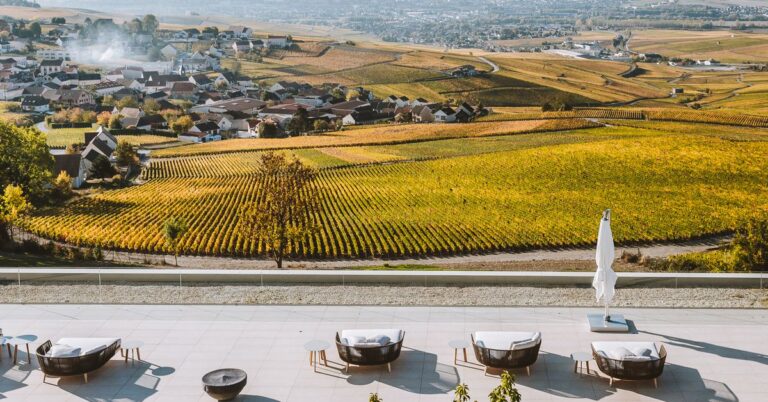 [ad_1] While France’s northeastern region of Champagne has always had its draws — picturesque villages, rolling hills, a labyrinthine network of underground chalk galleries, not to mention global name recognition — it’s only relatively recently that the iconic houses that forged its luxe reputation have taken a serious interest in tourism. “Lots of the houses…