Rep. Alexandria Ocasio-Cortez’s night of partying and hobnobbing with elitists earlier this week at New York City’s Met Gala may come back to bite her. A conservative group is asking the Office of Congressional Ethics to launch an investigation into Ocasio-Cortez for accepting free tickets to Monday’s Met Gala.

Ocasio-Cortez also garnered attention by wearing a custom made gown that said ironically, “tax the rich.”

RELATED:AOC Shows Up To $30,000 Per Ticket Met Gala Event Wearing A ‘Tax The Rich’ Designer Gown

As pictures of Ocasio-Cortez at the event wearing the gown hit social media, she was taken to task in a big way. The self-described Democratic Socialist took plenty of heat for her pricey night on the town at the Met Gala, where at $35,000 a ticket got you in the door. All while she proclaims herself to be champion of the working class and scorns the very rich.

Founder of the American Accountability Foundation, Thomas Jones filed the ethics complaint against Ocasio-Cortez, and said in it, that he believes she broke House ethics rules by accepting the “impermissible gift” of the free tickets.

The complaint also says that, “Without prompt investigation and enforcement of Congressional Rules, the American people are likely to lose faith in the ability of Congress to police its members.”

“She’s here to ‘burn down’ the very system that allows a ridiculous person like her to flourish,” says @RubinReport. pic.twitter.com/cWX9oZuquh

What The Rules Say

House ethics rules do permit members to accept free tickets to charity events, but they must be given to that House member directly from the event organizers. Jones contends that tickets to the Met Gala do not apply in this instance because the guest list is selected by a private company, in this case, media titan Condé Nast.

Jones also said that,“[W]hile the individual’s invitations may bear the name of the Metropolitan Museum of Art, the Museum has ceded control over the invitations to a for-profit company, specifically Condé Nast, and to its Chief Content Officer, Anna Wintour.”

Jones, who was an aide to Sen. Ron Johnson, also claimed that Instagram, which is owned by Facebook, and who sponsored a table at the event, “was able to purchase access to Representative Ocasio-Cortez that is unavailable to average citizens.”

As far as Ocasio-Cortez’s gown, she claims it was borrowed.

House ethics rules stipulate that House members can borrow works of art. The dress would constitute a work of art, as long as there is a written agreement with the owner that specifically states it is not a gift and will be returned.

House members are only allowed to accept $100 per year of items stipulated as gifts from from a specific source.

But here is where the rules get a bit murky.

Per the wording of the ethics committee, “The value of tickets to charity or political fundraisers is the value of the meal. The cost to the purchaser is not the ticket’s value.”

The hypocrisy of the left never ceases to amaze. https://t.co/avYK1n1k9J

Stop Policing My Body, and Other Classic AOC Responses

While the Met Gala is thrown to raise money for the Metropolitan Museum of Art’s Costume Institute, it is also a magnet for the super-rich and and the blissfully and hypocritically self-unaware. That means that Alexandria Ocasio-Cortez was a perfect fit for the Met crowd.

“The time is now for childcare, healthcare, and climate action for all. Tax the Rich. And yes, BEFORE anybody starts wilding out – NYC elected officials are regularly invited to and attend the Met due to our responsibilities in overseeing our city’s cultural institutions that serve the public. I was one of several in attendance. Dress is borrowed.”

She then praised the designer of her gown, Aurora James:

“Proud to work with [James,] a sustainably focused, Black woman immigrant designer who went from starting her dream [company] at a flea market in Brooklyn to winning [a Council of Fashion Designers of America award] against all odds — and then work together to kick open the doors at the Met.”

AOC then addressed her critics in what might have been the best channeling of a Marie Antoinette response, “I thought about the criticism I’d get, but honestly I and my body have been so heavily and relentlessly policed from all corners politically since the moment I won my election that it’s kind of become expected and normalized to me.”

.@AOC claims critics of her attendance at the Met Gala are “disdainful and unsupportive” of working class women like her. pic.twitter.com/ABDmsifgg9 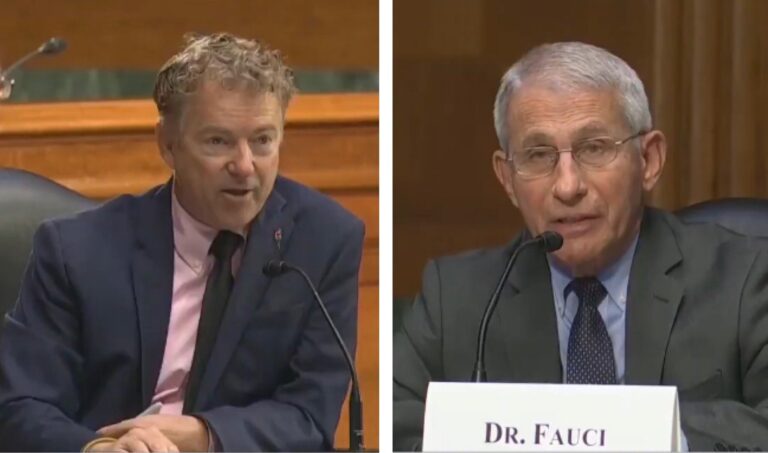 [ad_1] Senator Rand Paul came out with his Christmas list this year, and it was epic. Senator Paul started on senile Joe Biden. After Fauci, next on my naughty list is our President. President Biden is now spreading his own version of holiday cheer by telling us all we are going to die. pic.twitter.com/WSbRLjaZhg —… 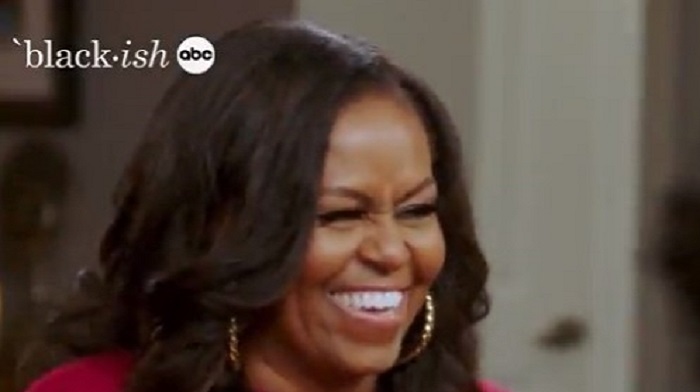 [ad_1] Michelle Obama used a cameo in an episode of the ABC series “black-ish” to promote her voter registration group – When We All Vote. The group has advocated for expanded mail-in voting, nationalized elections, and less restrictive voter ID laws. Mrs. Obama, who played herself in Tuesday night’s episode titled “That’s What Friends Are For,”… 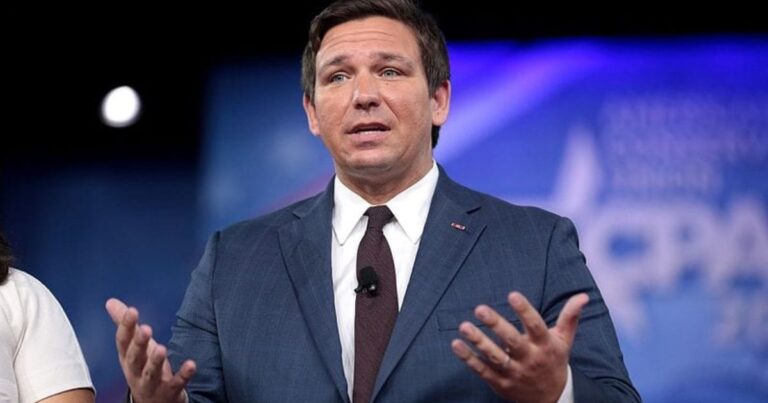 [ad_1] Florida is fighting back against Biden’s border crisis. A new emergency rule has been issued in Florida which would not allow the renewing or issuing of licenses to facilities that are housing illegal alien children. Those that have a license and are housing illegal alien children will face strict restrictions. Epoch Times reported: TRENDING:… 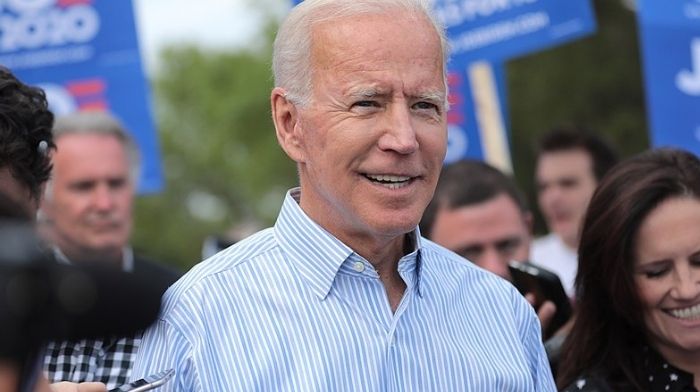 [ad_1] By Adam Brandon for RealClearPolitics Last week, President Biden gave a speech listing everyone and everything allegedly responsible for record high inflation. His list included corporate greed and price gouging, Vladimir Putin, and “ultra-MAGA” Republicans. The president said that his policies, and the nearly $7 trillion in spending he authorized, have nothing to do… 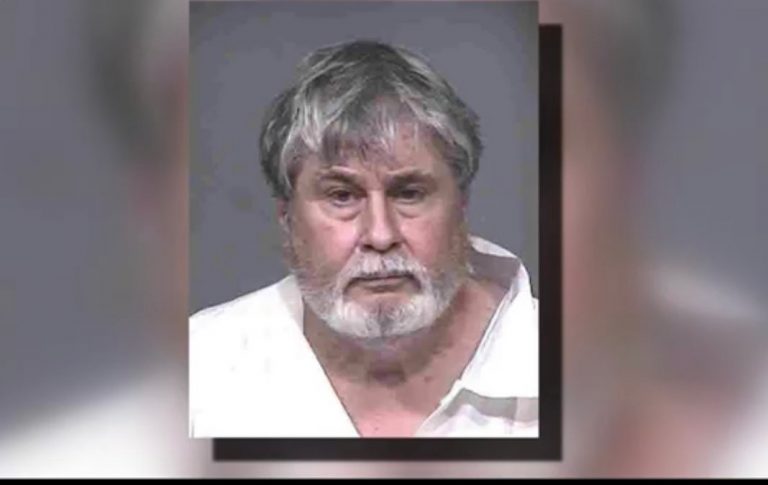 [ad_1] Nicholas Claus (left) Maricopa County Commissioner David Syer (right) Nicholas Claus, a Scottsdale Unified School District instructional support paraeducator at Chaparral High School was arrested on Thursday by Scottsdale Police, after admitting to some allegations of sexual abuse with a special needs minor. This is the same school district where school board members were busted… 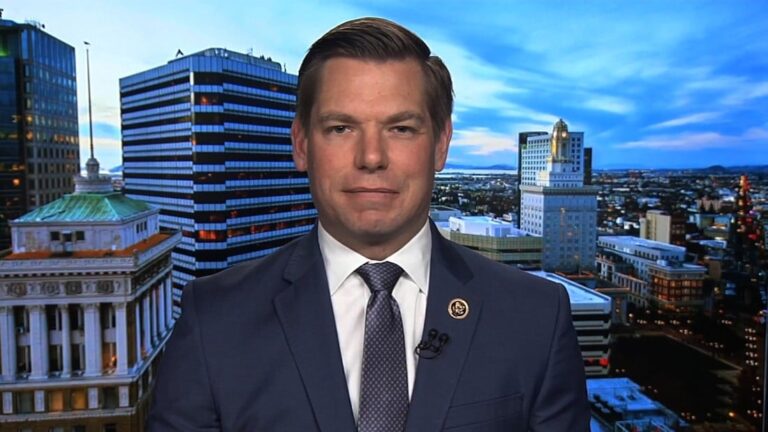 [ad_1] Rep. Swalwell responded to the deaths in Kentucky from Friday’s tornado with a slam of Kentucky Senator Rand Paul. Twitchy reported yesterday: On Saturday, Sen. Rand Paul took to Twitter to let those affected by tornadoes that swept through several states Friday night know where they can access help, and what he’s doing to…