On Thursday, the director of The Trump I Know, Matt Thayer was documenting the Wendy Rogers and Jackson Lahmeyer Audit The Vote rally in Tulsa, Oklahoma.

BREAKING: AZ Candidate For Secretary of State Mark Finchem: “I Call On Arizona To Decertify The Election Of 2020 And Recall The Electors… We Have A Duty To Act” – 96K+ GHOST VOTES

Thayer is traveling the country and working on his new docuseries where he will capture the historic reawakening that is upon our nation.

TGP’s Jordan Conradson spoke to Thayer about his upcoming series and his previous film, The Trump I Know.

Conradson: What other projects have you worked on besides Reawakening?

Thayer: So we did The Trump I Know documentary and you can actually find that on Amazon, iTunes, and Google. But if you really want to watch it you can go to reawakeningseries.com, and support our current project and you get the Trump I know for free. But the Trump I Know, as far as I know, it’s the only documentary about President Trump, that has an interview with Trump in it. And so we were invited into the White House, we got to interview over 31 women, most of them know President Trump firsthand and it just blew apart the whole misogyny and racist narrative, everything, and really proud of it. A lot of people really, really like it. And we’ve got, I think we have five stars on Amazon, and over 1600 positive reviews.

Conradson: Can you tell us about your current series reawakening?

Thayer: So the current series is a, it’s gonna be a four-part docuseries and what we’re doing is, we’re covering the reawakening of what’s happening in America. But what I’m trying to do is I’m trying to show a timeline of 2020 and 2021, and show you know, all of the craziness. But try to put it into context and put the puzzle pieces together with a historian. We’ve got Bill Federer that’s going to come in, we’re going to be interviewing him. I’m going to be asking him questions about like, how the founding fathers thought about pandemics and you know like there was smallpox but they still protected our liberties. And they thought our liberty was something that wouldn’t bow down to medical tyranny. Benjamin Rush actually had some thoughts on wanting to include medical freedom in the Constitution, so they were really having these conversations back then. And so I thought it would be really cool to bring a historian in and ask him some questions and be able to balance it out to that and show in our year in context with our history, and then show all of these amazing people that are stepping up to the fight.

We’ve interviewed, Wendy Rogers we’ve interviewed Thomas Renz, interviewed Dr. Frank and some of these people that you’ve never heard of before, until 2020 as well as we’ve interviewed General Flynn, Mike Lindell, Roger Stone, Patrick Burns, Dr. Tenpenny Dr. Simone Gold, Ann Vandersteel. The list goes on and on. we’ve done I think somewhere between 55 and 60 interviews at this point. And, and our team is furiously working on editing everything together. And like I said just, you know, sifting through all of this massive content right now because it’s just there’s so much the news cycle is so crazy. But yet, what we’re doing is we’re showing how all of these pieces interconnect and how the medical tyranny leads to the election fraud, which leads to the great reset. But the funny thing is is that this whole great reset thing really isn’t anything new, like, we’ve had these global amassing centralization of power ever since the Tower of Babel.

And so, This combination of a history lesson, along with, you know what’s going on right now, I’ve been going to all of these events. Like Jordan said I met him at the Cyber Symposium I’ve been to the Reawakening Tour in Grand Rapids the Reawakening Tour in Anaheim. I’ve also been to Bard’s Fest. We’re here in Tulsa now, and we’re just going where the action is as best as we can. I’m in my RV with my kids we’re homeschooling. I’ve got my, my wife with me, she’s my producer, and we’ve got our small dog and our very large cat, and we’re just traveling all over the country doing what we can to save America and to document all of these amazing people like Wendy Rogers. Like Wendy Rogers, who just comes out of the middle of nowhere and now all of a sudden is this spokesperson for freedom and it’s really about these David’s that have come out of the wilderness to face the Goliath and it’s just really really awesome to be a part of telling that story.

Conradson: I hear that it is live to pre-order.

Thayer: Yes it’s live for pre-order, so go to reawakeningseries.com. You can also follow us on Telegram, @reawakeningseries. But if you go to reawakeningseries.com, there’s several packages and all we need is about 13,000 people to give us $49 which buys you the entire series, and you get the Trump I Know, the previous documentary that we released last year about President Trump for free with your order. And then there’s also other packages, you can get swag, there’s T shirts, there’s hats, and things like that. But it’s basically we’ve created our own crowdfunding site in the middle of all of this too, which is crazy, we’ve done it. we’ve bypassed big tech completely, we bypassed all the Kickstarters and the GoFundMes, and we’re bypassing Hollywood, and we’ve created, through Liberty technology services, if anybody needs that kind of service where you’re afraid like hey, something might take me down, go to Liberty Technology Services those guys will help you out. Mention our project, and they’ll give you a good deal. They put this thing together like four weeks for us. And it’s amazing, it’s a crowdfunding site, it also streams your videos straight from, from the site. We’ve just bypassed everything and we’re just like, You know what, nobody else is going to tell this story. You know, Netflix isn’t going to tell the story Hulu is not gonna tell the story Hollywood’s not gonna tell a story, but we need to tell the story because we are living in revolution 2.0 We are witnessing literally the rebirth of America and the return to our founding values, amazing,

Conradson: when do you release the first part of the story?

Thayer: The first part of the story, we’re aiming at November 15. That might get pushed off a couple of weeks only because of some scheduling conflicts, but November 15 is what we’re aiming at. And like I said we want to present something if anybody’s seen the Trump I know the documentary, what we did there, we wanted to make it timeless, we wanted to make it about the President. We didn’t attack Democrats, we didn’t attack Joe Biden, we didn’t even mention Joe Biden’s name. We wanted to make it more than just about the election and and and really get into who he was as a man through the eyes of some of these really extraordinary women that he’s surrounded himself with. And so with this one what we want to do is we want to create something that’s timeless we want to create something that is for posterity something that people years from now can watch and go, “Oh, I see clearer”. Hindsight is 2020. I get a deeper a better perspective for the context of this crazy time right now that we’re living in, because I see it in context of history and I see all of these amazing people and all of their stories and how they’ve all come together to save the nation.

This Docuseries will place all of the pieces of the crooked 2020 election, and this great awakening we are seeing in our country against the globalist elites and the swamp, together in four frames for the world to see.

Bill Federer, a nationally known speaker, best-selling author, and historian will educate the viewers on America’s noble heritage and show us how close we are to losing our freedoms.

You can preorder the series and get The Trump I Know film for free at reawakeningseries.com.

This is a must see! Watch the trailer and interview below. 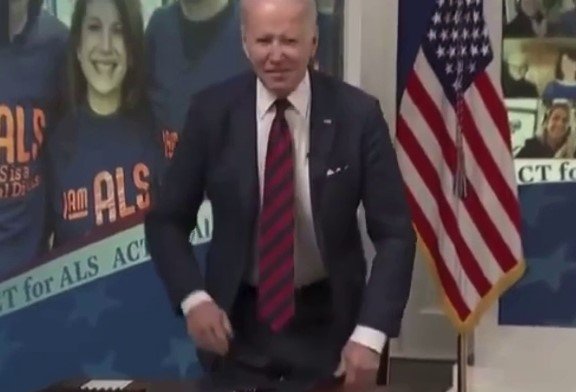 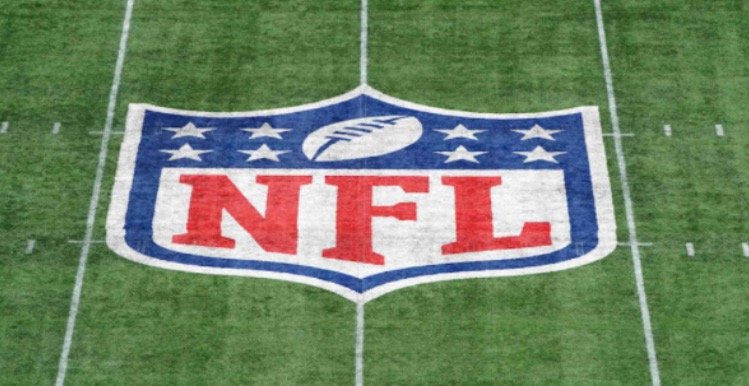 [ad_1] The NFL on Thursday suspended all of its Covid-19 protocols for all players and staff regardless of vaccination status. Fauci has disappeared from the mainstream media and Covid mandates are being lifted… for now. The AP reported: The NFL has suspended all aspects of its COVID-19 protocols, citing recent trends showing that the spread… 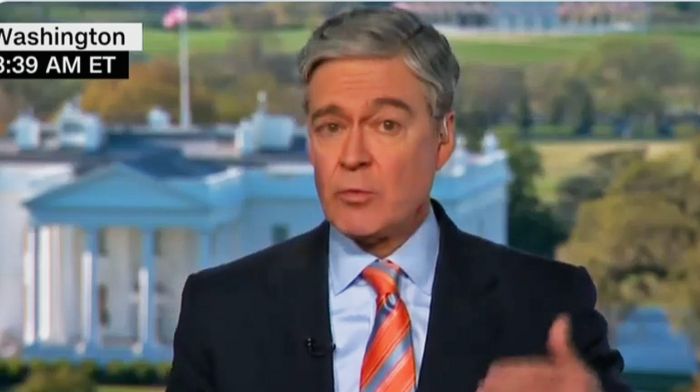 [ad_1] CNN White House correspondent John Harwood may be wishing Twitter had an “undo” option. On Thursday, Harwood was blasted on social media for basically repeating outrageous comments made last weekend by an MSNBC guest. This week, Americans have watched the Senate confirmation hearings for Supreme Court nominee Judge Ketanji Brown Jackson. As might be… 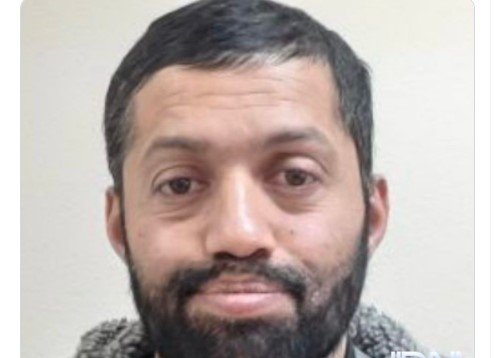 [ad_1] Ummm – this story just doesn’t add up.   On Saturday we first heard of Malik Faisal Akram who entered a Jewish Synagogue in the Dallas – Ft. Worth area and took hostages at gunpoint.  On Saturday night the hostages were released and Akram was dead. At first, Biden and the media claimed they didn’t… 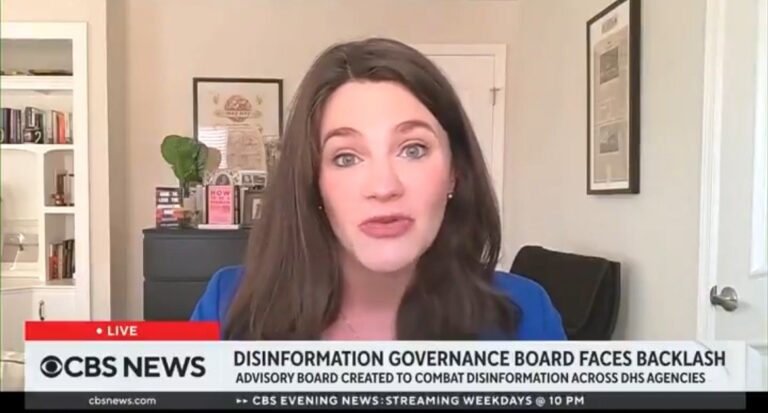 [ad_1] Biden’s ousted disinformation czar on Friday whined about conservatives who criticized the DHS’s ‘Ministry of Truth.’ Earlier this week, the Biden Regime announced it is ‘pausing’ the Department of Homeland Security’s ‘Ministry of Truth’ after conservative media hammered the lunatic Marxist chosen to run the Orwellian agency. Nina Jankowicz, the far-left lunatic chosen to… 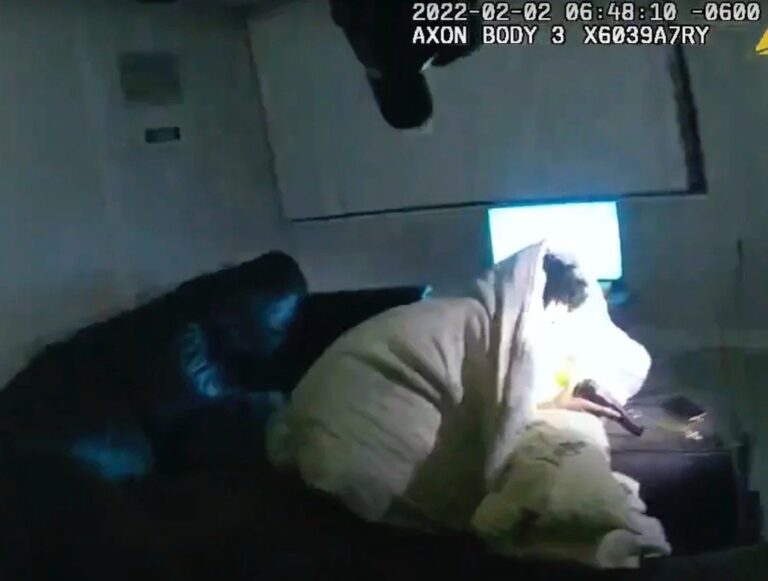 [ad_1] A protest is forming in Minneapolis after police fatally shot an armed black man while executing a no-knock warrant. Police cam footage shows SWAT officers fatally shooting 22-year-old Amir Locke on Wednesday shortly after entering the apartment. Amir Locke, who is black, appeared to be asleep on the couch when police entered the apartment…