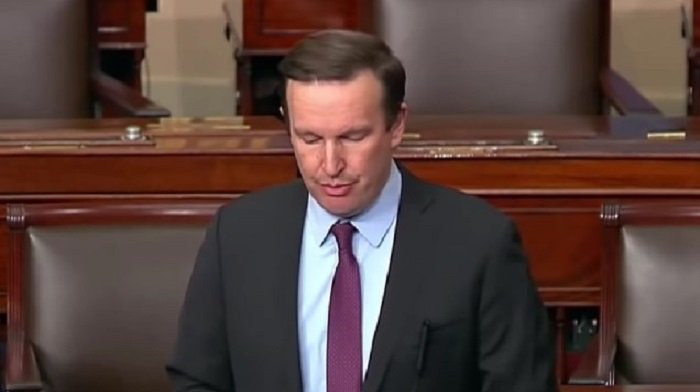 A report by The Hill indicates several Senate Democrats are contemplating pushing a narrative that the 2022 midterm elections are illegitimate due to Republican opposition to passing their national voting bill.

The latest report indicates that lawmakers are working in tandem with the media to help portray the narrative.

“Democrats believe there’s plenty of evidence that Republicans are trying to steal future elections and feel bolstered by extensive reporting by CNN, NBC and other media outlets on the state-level machinations of Trump allies,” according to The Hill.

The majority party has, for some time, tried to portray GOP efforts to preserve election integrity in red states as an affront to future elections, though critics insist the state efforts would improve election security and reverse temporary changes enacted during the pandemic.

They saw what worked during the pandemic, leading to 81 million votes for President Biden, and want to expand on that.

The latest report indicates Democrats are a bit leery of pushing an illegitimate or stolen election narrative due to the fact they’ve been persecuting former President Donald Trump for similar unproven claims for over a year.

Despite having pilloried Trump for such talk, several lawmakers are cited as willing to pursue the new ‘illegitimate election’ strategy.

“I’m very worried the changes in these laws will ultimately result in a loser being declared a winner,” he continued.

It was supposedly the Big Lie that the 2020 election was stolen via electoral fraud. That makes it the Bigger Lie that every election hereafter will be deemed stolen thanks to voter suppression. Democrats have not only lost any moral high ground, they’ve salted the earth.

The column also notes that Senators Raphael Warnock (D-GA) and Mark Kelly (D-AZ) have made similar assertions about the legitimacy of their future “tough races.”

On the contrary, according to Joe Snead, executive director of the Honest Elections Project, the Georgia election law “is not regressive or restrictive” and in fact, “is a lot more progressive than what’s in the blue states.”

And in Arizona, the conservative-leaning Heritage Foundation insists election laws there will “strengthen the integrity of the electoral process and safeguard the votes of Arizonans.”

During his press conference today, Biden declined to say if the upcoming election would be fair and legitimate without voting rights reform.https://t.co/lqLWmji2Ni

Ironically, some Democrats according to the report don’t want to sound like former President Trump, who has cast doubt – without evidence – on the legitimacy of the 2020 presidential election since day one.

“Some are leery of sounding like Trump, who made predictions of widespread election fraud before the 2020 presidential election and continues to do so on a regular basis,” according to The Hill.

They add, “The senators are torn over how hard to push a stolen-election narrative ahead of the November election in which Republicans are expected to make big gains in Congress.”

All those assertions that the very fabric of our democracy is in peril due to Trump’s unfounded complaints and Democrats have decided … ‘Let’s do the same damn thing.’

It’s definitely a coordinated effort with the aforementioned lead of the media and President Biden’s own comments last week that midterm election results could be “illegitimate.”

This second attempt from Biden on whether the election will be legit is even worse.

“Oh, yeah, I think it could easily be illegitimate … The increase in the prospect of being illegitimate is in proportion to not being able to get these reforms passed.” pic.twitter.com/nCyuAWSMXm

Biden, when questioned by a reporter as to whether or not the President felt we would have free and fair elections in 2022, planted the conspiracy seeds.

“Oh, yeah,” he replied. “I think it easily could be illegitimate.”

White House Press Secretary Jen Psaki tried to clarify those remarks saying, “He absolutely is not predicting that the 2022 elections will be illegitimate.”