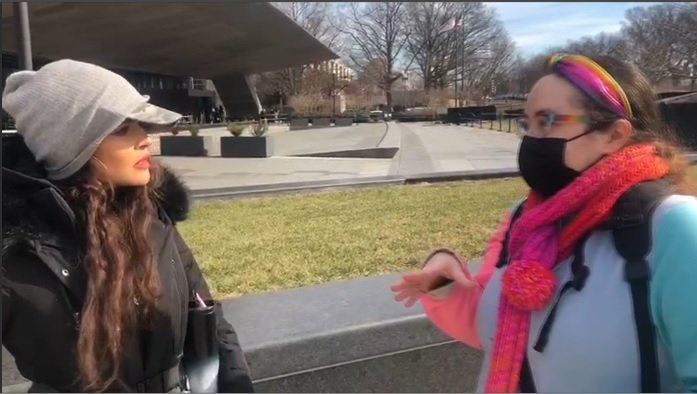 After the riot on Capitol Hill on January 6, 2021, many Americans fear gatherings of patriots in DC could become another false flag event.

The ‘Defeat The Mandates’ rally was relatively peaceful, as more than 25,000 Americans celebrated freedom and demanded the government rescind tyrannical and detrimental COVID-19 mandates along the Lincoln Memorial on Sunday.

But on the outskirts of the memorial, outraged Antifa “resistance” groups were eager to attack proponents of freedom. While wearing two and threes masks on their faces, they held boxes of masks that they demanded every person they encountered wear.

Just two of the left-wing protesters agreed to have a conversation about mask efficacy with the Gateway Pundit.

Others attacked and fought those walking to ‘Defeat the Mandates’ and warned the others in their group not to provide comment because we’d “make them look stupid.”

A recent poll shows a plurality of Democrats want tyranny akin to Nazi Germany to be implemented in the United States.