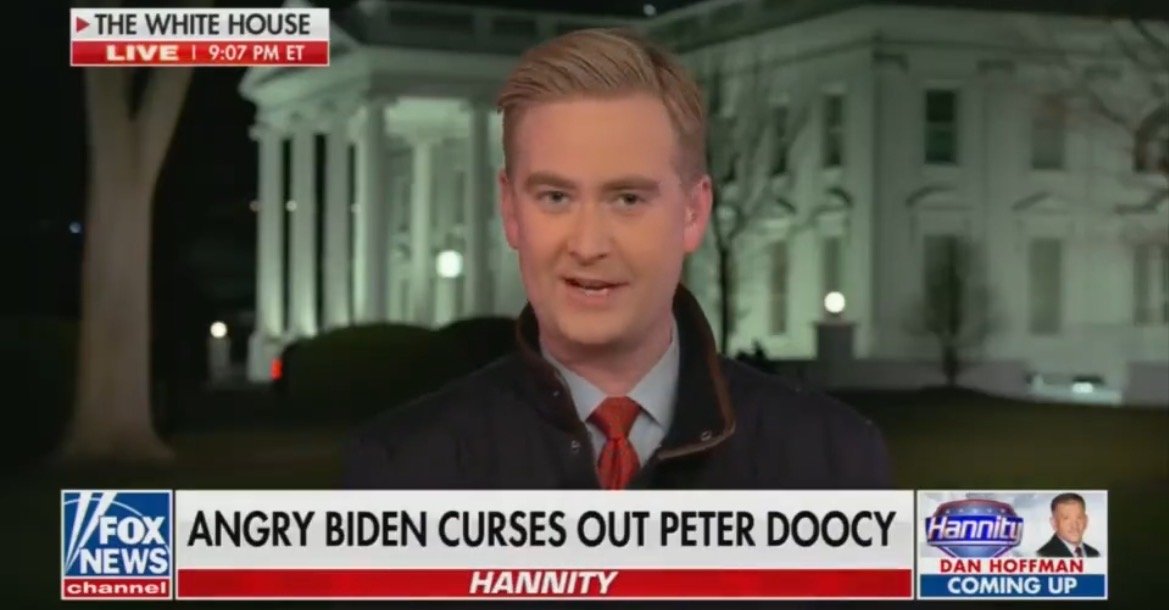 Joe Biden on Monday afternoon was caught on a hot mic calling Fox News reporter Peter Doocy a “stupid son of a bitch.”

Peter Doocy asked Joe Biden a question about inflation as Biden’s handlers escorted reporters out of the East Room of the White House.

Dementia Joe was caught on a hot mic calling Peter Doocy a “stupid son of a bitch.”

Joe Biden and Peter Doocy have a history of exchanging barbs.

Doocy said after years of “exchanging quips on the campaign trail,” Joe Biden called his cell phone to clear the air.

So Biden did not actually apologize.

NEW: Peter Doocy reveals Biden called him “within an hour” after he called him “a stupid son of a b****”: “[W]ithin about an hour of that…he called my cell phone & he just said, ‘it’s nothing personal, pal’ & we went back and forth & we were talking about…moving forward.” pic.twitter.com/TN0DnXyRUn

Joe Biden has a history of blowing up at journalists.

Joe Biden really doesn’t like it when you ask him questions. pic.twitter.com/xP63JkOai3