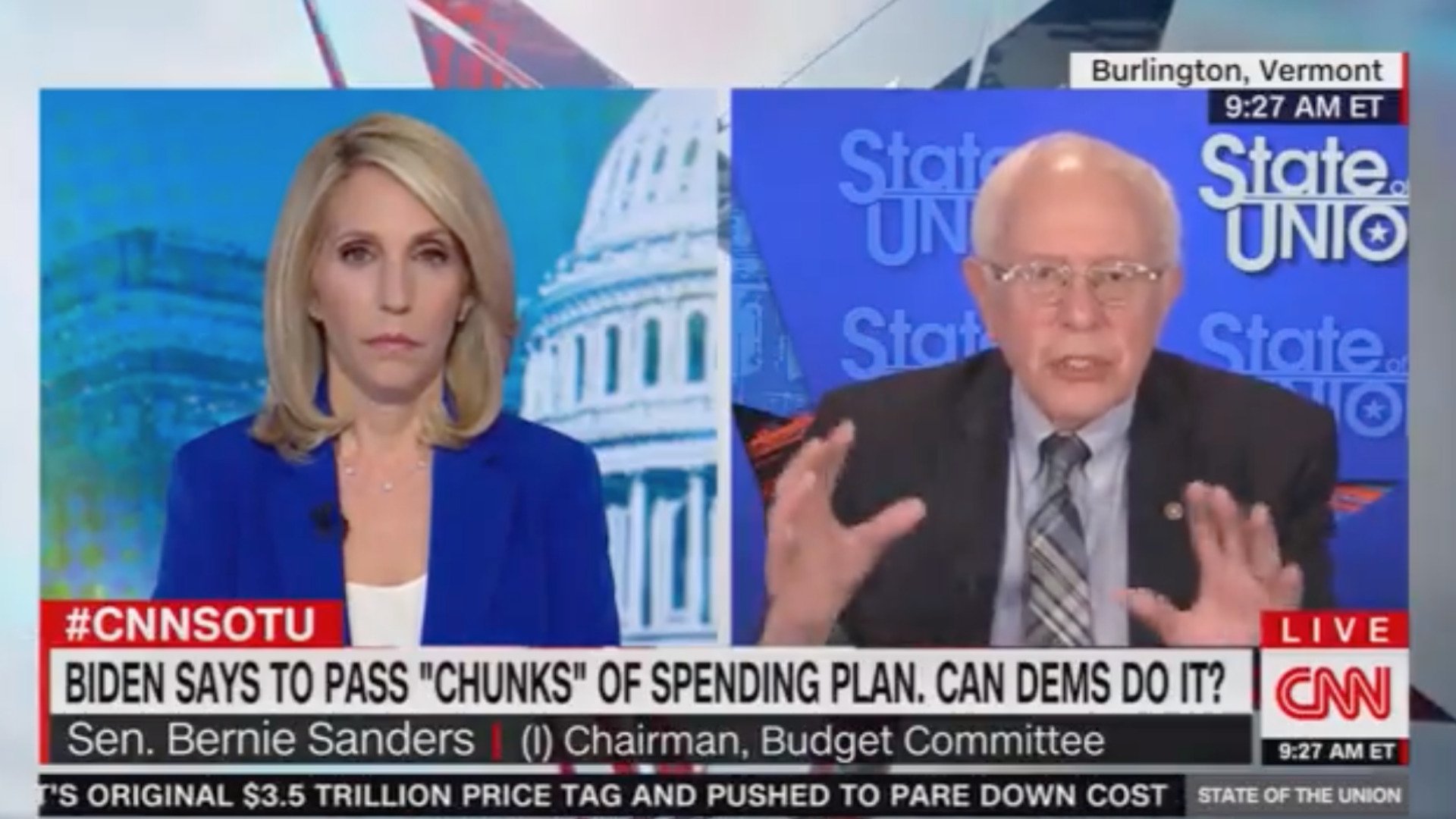 On Sunday, far-left Independent Senator Bernie Sanders said that Democrats have allowed Republicans “to get away with murder.”

Sanders made his remarks during an interview on CNN’s “State of the Union.”

“We have allowed the Republicans to get away with murder. They haven’t had to vote on anything … Let them vote, and let Manchin and Sinema decide which side they are on.”

CNN host Dana Bash said to Sanders, “Let’s go back to the notion of how you’re going to do what President Biden talked about, passing what he called big chunks of the social spending and climate plan. You say you want every senator to vote.”

“Can you specifically talk about how you’re going to — you want to go about doing that?” Bash asked. “How can you get these things, not just to have political votes to show that Republicans are against it, but more importantly, how can you pass at least the bare minimum of what you think you can?”

Sanders replied, “What’s most important is that the ideas we’re fighting for are enormously popular.”

Bernie Sanders: “Republicans Are Laughing All The Way To Election Day,” “Getting Away With Murder” https://t.co/A8QOlulT1h

Then Sanders made his “murder” claim.

“I think when you bring bills on the floor — we have allowed the Republicans to get away with murder,” Sanders said. “They haven’t had to vote on anything. If they want to vote against lowering the cost of prescription drugs, expanding Medicare, dealing with child care, dealing with housing, let them vote and let Manchin and Sinema decide which side they are on.”

“When all of that shakes out, we’ll see where we are. I have the feeling that we will be able to get 50 votes or more on some of these issues,” Sanders finished. “We can put that piece together and then pass something that’s very significant.”