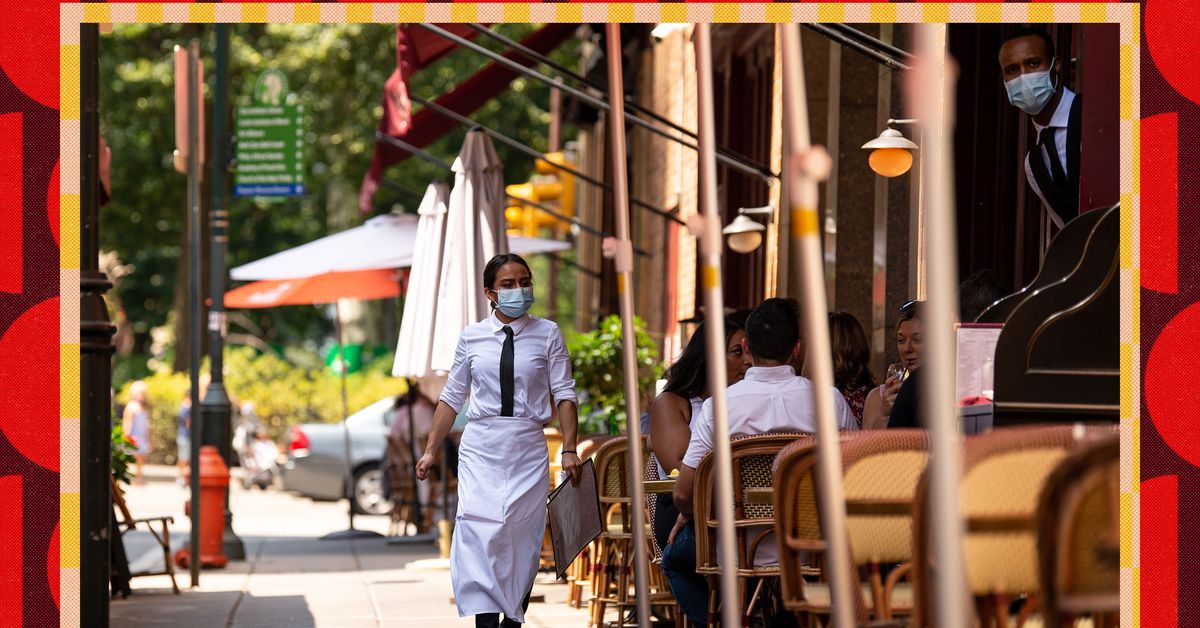 As the pandemic drags on, one thing is abundantly clear: Diners are still eating outdoors. Even though chilly winter weather has arrived, restaurant patrons are bundling up and continuing to sit outside, particularly as the omicron variant of COVID-19 brings its own uncertainties. But across the country, city councils and many residents are less certain about the impact that an increased emphasis on outdoor dining will have on neighborhoods.

Last year, New York City made its Open Restaurants program, which allows establishments to use their sidewalks and curbside spaces to seat patrons, permanent. Right now, the city is in the process of amending its zoning laws, developing applications for restaurants that wish to participate, and generally figuring out how this plan that was originally intended to be a temporary fix will work in the long term.

The new program has not been without its critics, some of whom have sued the city claiming that the Open Restaurants program is ruining their neighborhoods. According to Eater NY, more than 10,000 “sheds, huts, and other forms of al fresco dining” have popped up across the city in recent months. These outdoor dining setups have sparked a wide range of concerns among New York City residents, including noise complaints and grumbling about more trash (and rats) on the streets than usual. There’s also the very real fears from restaurateurs who worry about cars crashing into diners sitting outdoors.

What’s worse is the impact that outdoor dining spaces are having on accessibility in urban neighborhoods. Because cities like New York are so densely populated, these setups simply have to be in the way — there’s nowhere else to put them other than literally on the sidewalk. Disability rights activists also argue that the Open Restaurants program is already having an impact on accessibility, saying that outdoor dining impedes foot traffic, and makes it difficult for people who use mobility aids like wheelchairs to navigate sidewalks. Because these outdoor dining spaces often occupy parking spaces, finding a place to park has been a challenge for both diners and residents.

Similar concerns about accessibility, safety, and neighborhood health have been raised in Philadelphia, which plans to make outdoor dining permanent in certain major dining districts, while restaurants in other neighborhoods will be required to obtain permission from the city to build any new parking space “streeteries.” Meanwhile in Atlanta, the future of outdoor dining looks much less complicated thanks to the city’s embrace of parklets, European-style outdoor spaces that are typically constructed in parking lots and streets. At the height of the pandemic, the city passed a temporary ordinance that allowed restaurants to convert as many as two of their parking spots into outdoor dining spaces. The city funded the installation of 16 of those parklets citywide, which cost around $10,000 each to construct, at local restaurants like Bon Ton. Now, it’s in the process of drafting a permanent plan that would allow restaurants to keep those parklets up indefinitely.

San Francisco already had a program that allowed restaurants to build parklets, but it was not widely used until the pandemic forced dining rooms to close, thanks to San Francisco’s labyrinthine permitting process and an application fee that costs as much as $3,000. During the pandemic, the city waived those fees, and an unrelated Shared Spaces program opened up more public spaces — like once-busy streets — to those structures. Today, restaurateurs have built stunning, semi-permanent structures outfitted with chic furniture and heaters to cut the Bay Area chill. Many, like the parklets outside Tosca Cafe, stay true to the classic European al fresco vibe with checkered cloth-covered cafe tables, wicker chairs, and twinkly lights, while others take a more modern approach. “Without the option to have the parklets, we would have not survived financially,” one restaurateur told Eater SF in July of this year.

Parklets have even popped up in “pedestrian-hostile,” car-obsessed cities like Dallas, which requires restaurants to maintain one parking space for every 100 feet of space inside the establishment to ensure that there’s enough room for patrons’ cars. Restaurateurs in the city have complained for years about these “antiquated” parking requirements, which were suspended during the pandemic, making parklets a compelling solution to empty dining rooms at the height of the pandemic.

Still, in the coming months, cities have a lot of work to do to figure out how to make these new outdoor dining spaces coexist alongside accessible public spaces — especially in weather-affected areas. As people attempt to claw back more of their public space from car traffic via this model, some solution must emerge in which diners can eat outdoors safely and comfortably without making it impossible for a person who uses a wheelchair to make it down the sidewalk. Local governments will also have to establish permitting processes that cash-strapped restaurants can actually navigate, instead of, as in San Francisco, tearing down their parklets to avoid having to pay hefty fines if they break any of the city’s “uncoordinated, messed-up” rules.

Several cities have yet to make any final decision as to the permanent future of outdoor dining — Chicago, Seattle, and Boston have all kicked the can down the road. As for New York, restaurants there will be allowed to keep their outdoor dining spaces open until at least 2023, much to the dismay of those who criticize the Open Restaurants program. And then of course, there is the arrival of the omicron variant, which could further delay a full-force return to indoor dining rooms and make the need for permanent outdoor spaces more evident.

Whether or not parklets, streeteries, or whatever you want to call them will have a lasting presence in the future of dining remains to be seen, but expect to watch the battles play out across multiple fronts throughout 2022. 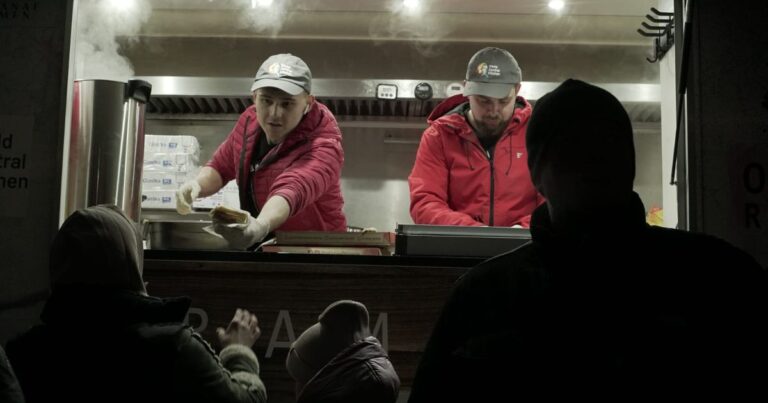 [ad_1] Within hours of Russia’s invasion of Ukraine, restaurants and relief organizations across the globe had already sprung into action. In a show of solidarity with the Ukrainian people, these businesses and nonprofits have been working around the clock to raise money and feed those who have been impacted by the violence. Shortly after the… 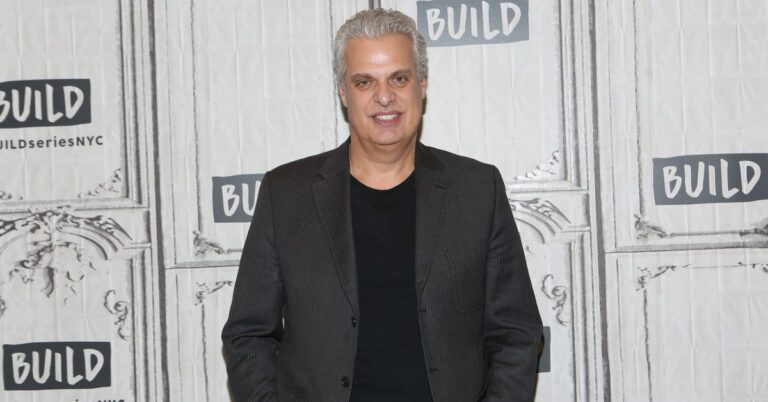 [ad_1] Renowned chef Eric Ripert’s long-running success at his three-Michelin-starred Midtown seafood destination Le Bernardin is built on the exacting standards of classical French cooking. But when the chef took to Instagram on January 3 to post what he called a pho recipe from his latest cookbook, it sparked a wave of backlash for what… 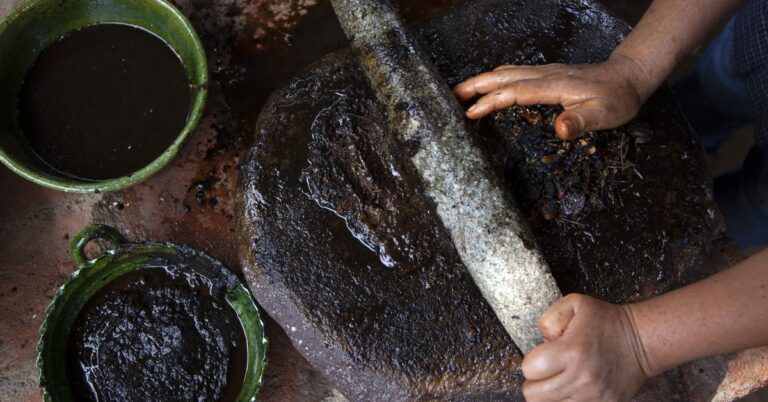 [ad_1] “In the village, people used to say that breathing the smoke from the chiles was good for you,” says Elvia León Hernández, coughing a bit from the plume as she tosses a combination of dried, thick-skinned chilhuacle chiles and ancho chiles on her comal. She moves the chiles continuously with an escobeta, a brush… 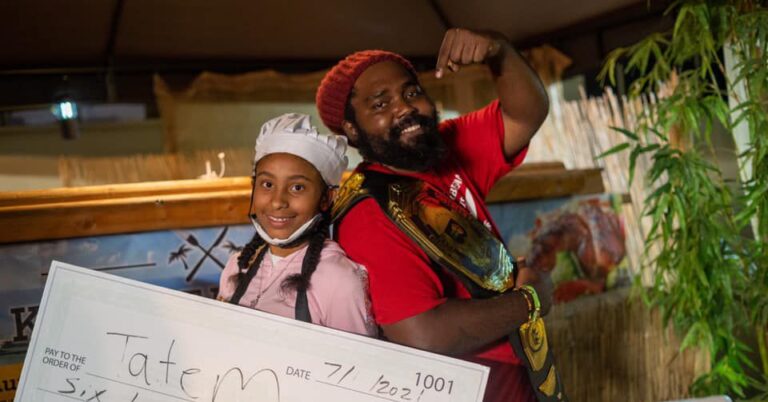 [ad_1] When planning a Black-owned food truck competition in Medford, Oregon, the conditions need to be near perfect. The city, in the heart of Southern Oregon, is in Jackson County, where the Black population is just 1 percent; the area has a long history of institutional racism with still-rippling effects on the people of color… 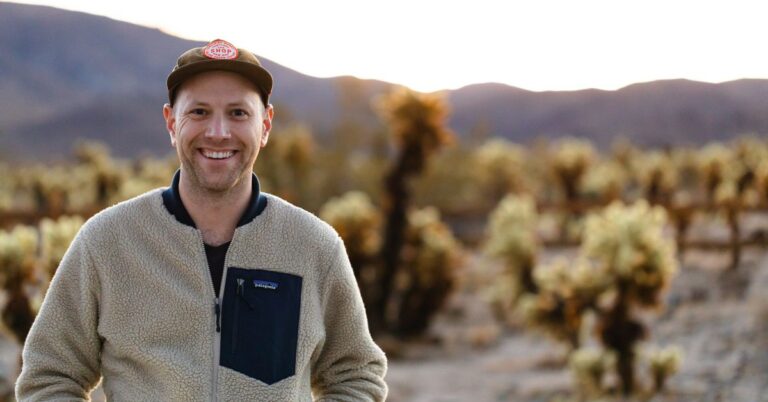 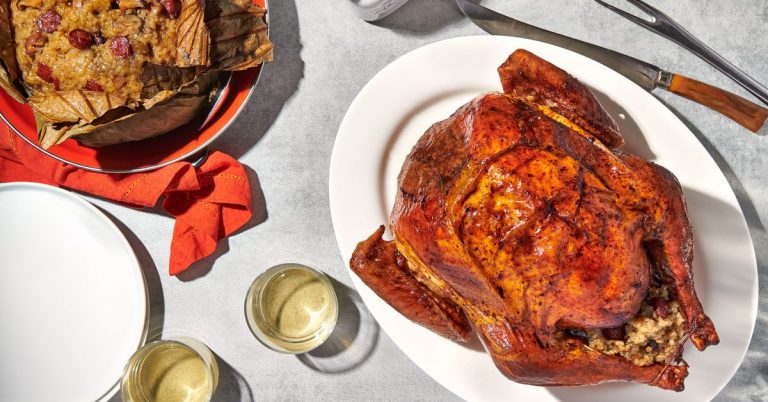 [ad_1] This has been my family’s go-to holiday turkey ever since we moved back from Taiwan in the mid-’80s. I took a clue from China’s many “eight treasure duck” recipes and quickly started relying on a Shanghainese-style baste and Cantonese sticky-rice stuffing to transform this staid American bird into something my extended Chinese family (and,…