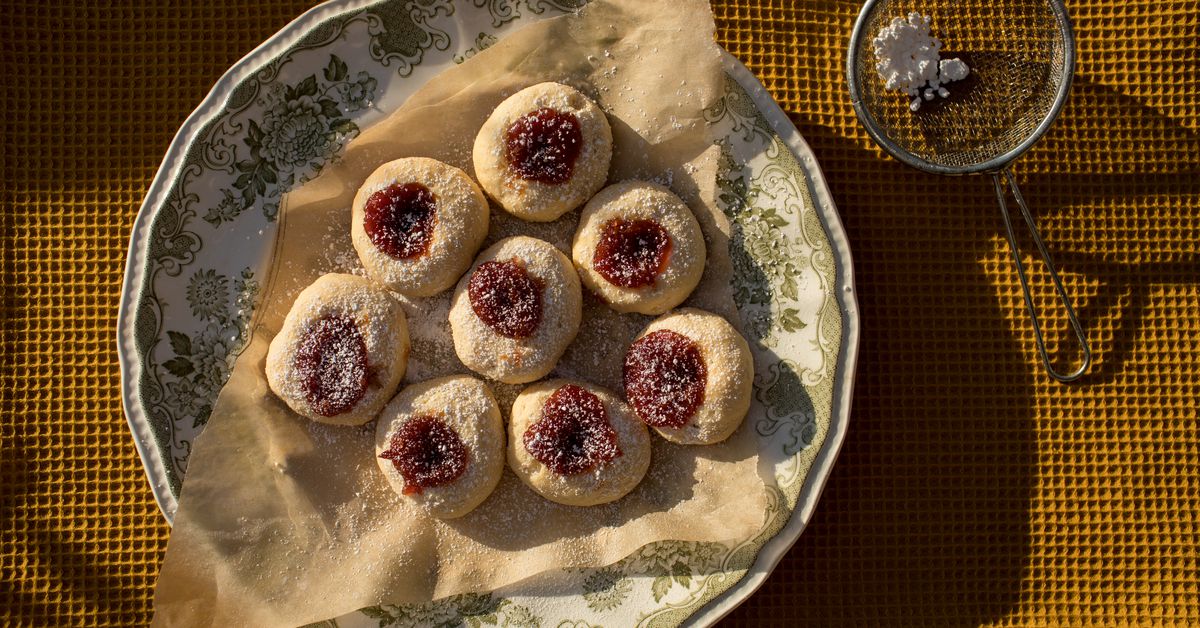 As a teenage Latina immigrant newly arrived in the United States, I remember feeling that the act of making holiday thumbprint cookies was a part of the process of becoming a “real” American, as though mastering decorated cookies would somehow help me attain citizenship. While I did become an American, I don’t think it was due to the dozens of cookies I baked, or my participation in Hallmark holiday traditions.

Still, I adored the American thumbprint cookies of my adopted homeland. I have an affinity for jelly-filled sweets, so I naturally gravitated towards these colorful, jewel-toned treats — and it helped that they were as forgiving to make as they were delicious to eat. As I grew older, I started infusing them with my own Cuban heritage, swapping out the raspberry and apricot jellies for guava paste and adding cream cheese to the cookie dough for a Cuban American thumbprint cookie.

Guava and cream cheese is a classic Cuban combination. Its most well-known expression is the pastelito de guayaba y queso (guava and cheese pastry), a hand-held sweet consisting of flaky puff pastry filled with thick guava paste and a swipe of cream cheese. It is rumored that the addition of cream cheese to the pastries came in part from America’s influence on the island, which lasted from the aftermath of the Spanish-American War in the late 19th century until Cuba fell to communism in 1959. During that time American products, such as Philadelphia cream cheese, were imported to the island, giving Cubans a taste for them.

These guava and cream cheese thumbprint cookies remind me of my own assimilation in the United States as a teen embracing my new American culture while maintaining my “Cubanity” or Latinidad. The guava paste is sweet and tropical with just a slight hint of tartness, while the cream cheese blended into the cookie dough adds balance, tempering the paste’s high sugar content into a mild sweetness. To finish, the cookies are dusted with a snowfall of powdered sugar, although sprinkling them with turbinado sugar or shredded sweetened coconut flakes prior to baking would work just as well. Whatever you choose, you’ll end up with a sweet testament to both the holiday season and the power of cross-cultural exchange.

Step 1: Whisk the flour, baking powder, and salt in a bowl. Set aside.

Step 2: In a stand mixer or a large bowl using an electric beater, beat the softened cream cheese and butter until combined. Add the sugar, beating until the mixture is fluffy, and then the egg, vanilla extract, and almond extract. Mix until and mix until creamy and all the ingredients are incorporated.

Step 3: Add the dry ingredients to the wet ingredients and continue to beat until the cookie dough comes together. Cover and chill the dough in the refrigerator for at least 1 hour and up to 2 hours.

Step 4: Preheat the oven to 350 degrees and line a baking sheet with parchment paper or Silpat.

Step 5: While the oven is preheating, put the guava paste in a saucepan and melt until thick, smooth, and glossy. Use a wooden spoon to help break up the guava paste. Remove it from the heat.

Step 6: Remove the dough from the refrigerator. Using your hands, roll 1 to 1 1/2 tablespoons of the dough into balls. Arrange them evenly on the baking sheet. Using your thumb, create a wide well in the middle.

Step 7: Spoon a scant 1 teaspoon of guava paste into the center of each cookie, letting it form a slight mound. Bake until the cookies are barely golden, about 25 minutes. Transfer to a rack to cool and serve with a sprinkle of powdered sugar. The cookies can be stored in an airtight container in the refrigerator for up to 2 days.

Marisel Salazar is a New York City-based food and restaurant writer, cook, and recipe developer. She is originally from Panama and has lived in Hawaii, Japan, Virginia and Madrid. You can find her on Twitter and Instagram, and on TikTok at @mariselmsalazar.
Celeste Noche is a Filipino American food, travel, and portrait photographer based between Portland, Oregon, and San Francisco.
Recipe tested by Deena Prichep 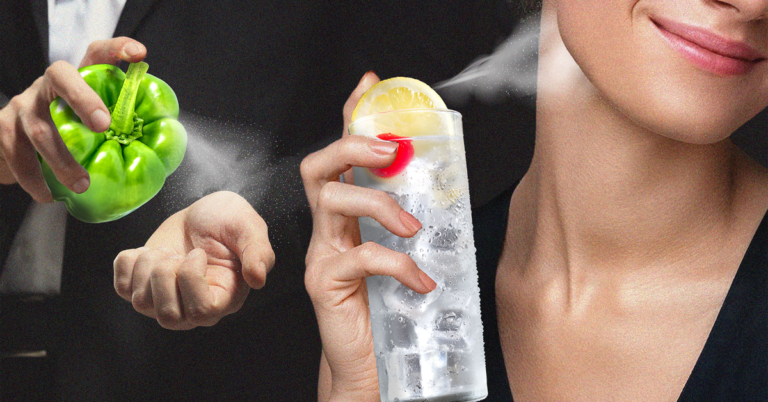 [ad_1] In March, indie perfume brand D.S. & Durga launched an eau de parfum called Bistro Waters, inspired by ’90s-era restaurants in NYC. There’s a base of basil, nutmeg, and moss water, with a heart of mandarin, green pepper, and pea flower, finished off with top notes of lime flower, coriander seed, and pear. The… 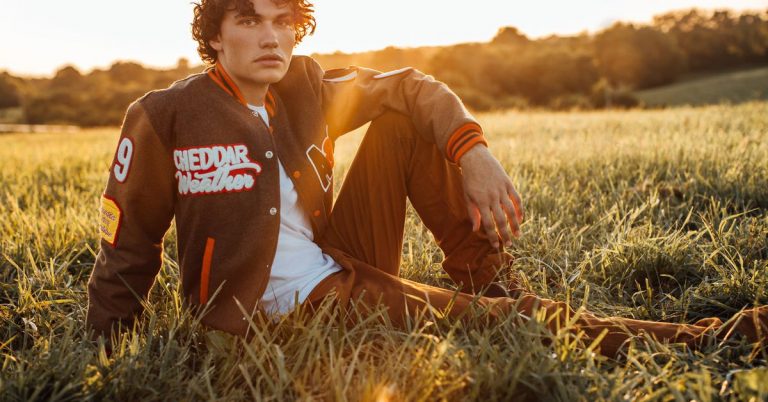 [ad_1] Close your eyes and picture this: You’re reclining in a field in late October, the wind lightly blowing through the trees. It’s crisp but not too cold, the leaves recently changed from verdant green to shades of umber and crimson, and they’re gently falling all around you. This peaceful autumnal scene is making me… 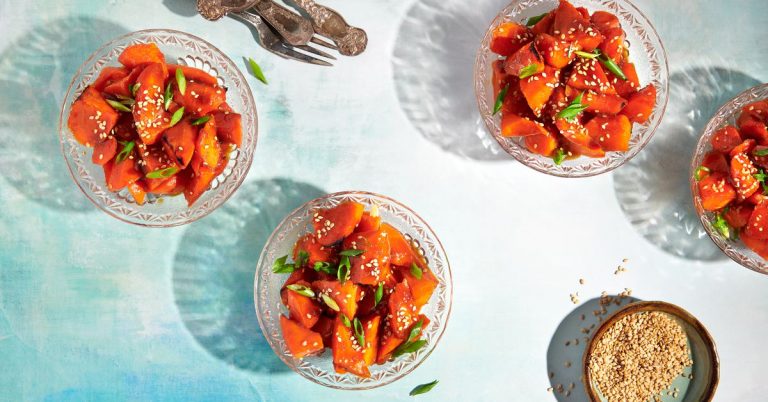 [ad_1] Editor’s note: Thanksgiving traces its origins to an uneasy, temporary alliance between 17th-century English settlers and members of the Wampanoag Confederacy. This year, Eater is choosing to acknowledge that history in our coverage of the holiday. I started cooking seriously in college. I was armed with little more than a microwave, toaster oven, and… 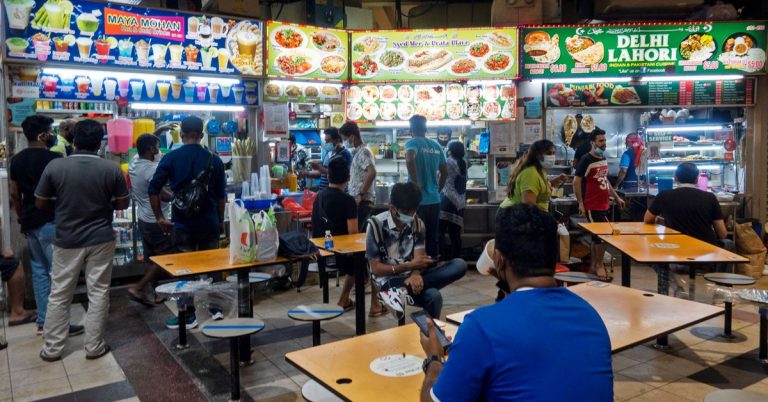 [ad_1] The ambitious, Anthony Bourdain-backed food hall slated to open at Pier 57 — a project that fell apart almost exactly four years ago — is back. This time around, Urbanspace and Singaporean street food expert KF Seetoh, both major players in bringing the marketplace to New York City the first time around, are planning… 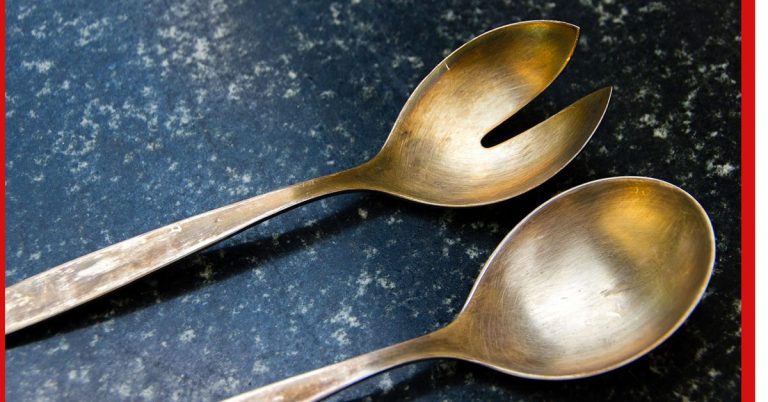 [ad_1] This post originally appeared in the November 15, 2021 edition of The Move, a place for Eater’s editors to reveal their recommendations and pro dining tips — sometimes thoughtful, sometimes weird, but always someone’s go-to move. Subscribe now. I don’t have enough spoons. The degree of the shortage truly hit home during the pandemic,… 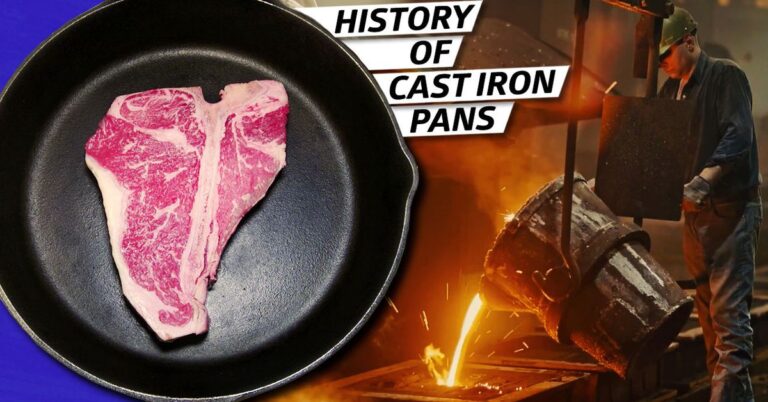 [ad_1] Cast iron skillets, pans, and Dutch ovens are among some of the most prized cookware in many modern kitchens. But how did they achieve such levels of adoration and status? On the premiere episode of Eater’s new series How we Eat, we sit down with food historian and cast iron lover Dr. Leni Sorensen,…