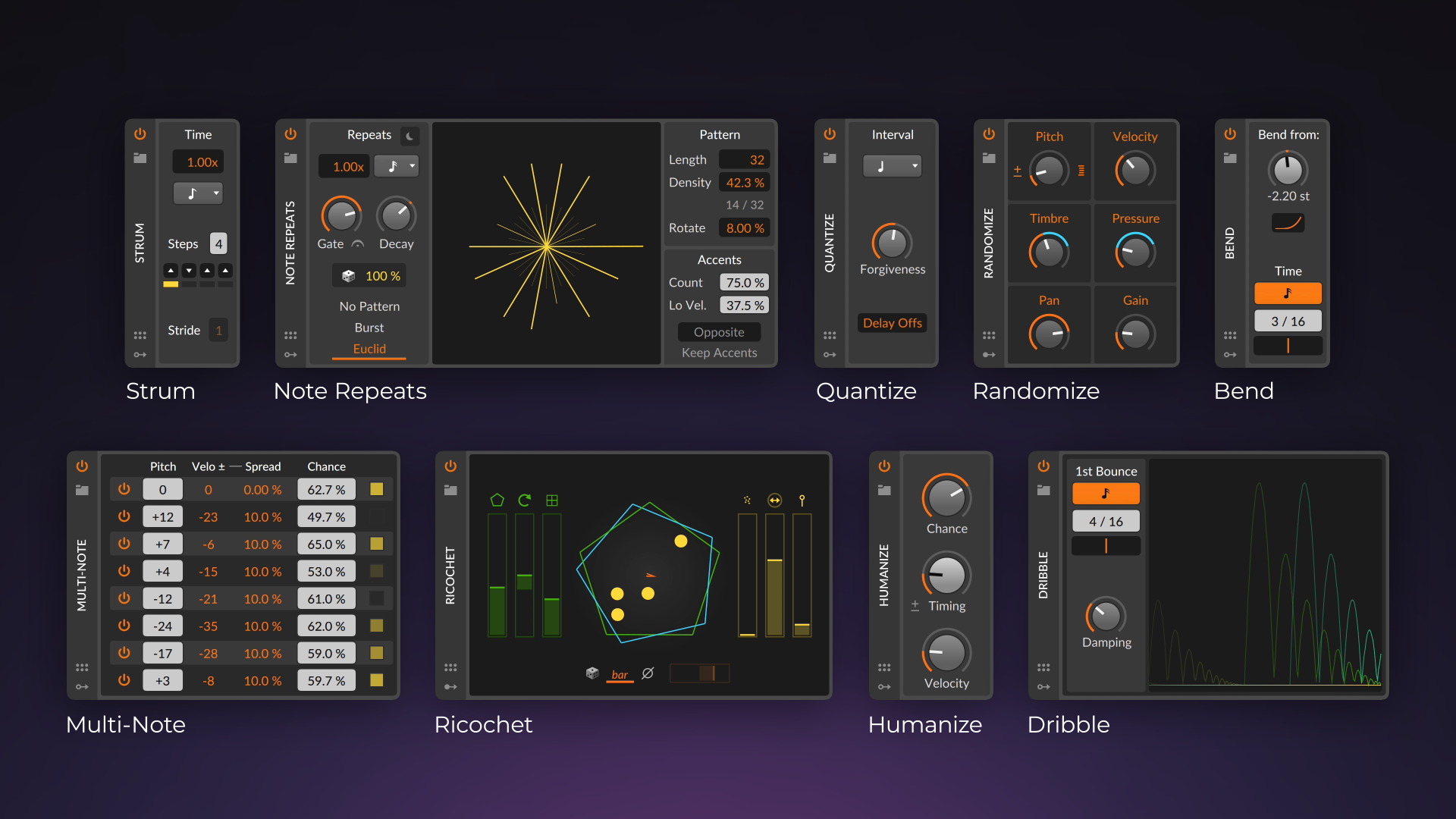 Bitwig is still something of an upstart in the world of digital audio workstations (DAW), but the rate at which it keeps improving and expanding its powers is truly impressive. With the official release of Bitwig Studio 4.1 the company is leaning hard into the sort of unpredictable and generative musical ideas it already excels at.

The big news in 4.1 is a collection of eight new Note FX bringing the total to 23. These allow you to manipulate MIDI on a per-note basis, for example by using an arpeggiator. But the eight new additions get a little more experimental and some take inspiration from the world of physics to deliver semi-random results. Dribble, for example, triggers notes based simulating a bouncing ball, repeating them “until gravity wins.” Ricochet is similar except notes careen around a “room”, retriggering with each collision.

Some of the new effects actually lean in the other direction and away from randomization. Quantize, for instance, is all about keeping your notes locked to the beat, though there is some leeway here via the “forgiveness” parameter.

The new collection of Note FX is rounded out by Humanize, Randomize, Strum, Bend and Note Repeats. The power of these new effects really comes unlocked when you start combining them. Bitwig’s modular nature is part of what makes it so unique, including The Grid, its built-in sound design environment that lets you create custom instruments and effects.

Bitwig is also intruding a soundpack to take advantage of the added FX called Notes in Bloom. Inside are a collection of presets featuring the new Note FX, including some chained together that “make your played and held notes repeat, dance, bounce and create interesting rhythms in real time, so you can use them while playing live.”

If you’ve been considering give Bitwig a try, now is a great time to do it. Both Studio and 16-Track are on sale until January 11th. The stripped back 16-track edition is marked down to $79, from $99. While the full-fledge Studio version is $100 off, bringing the price to just $299. While $299 isn’t exactly impulse purchase territory, it’s pretty inexpensive in the world of DAWs. Even with a pretty steep 25-percent discount for Black Friday Ableton’s Live 11 suite is $562.