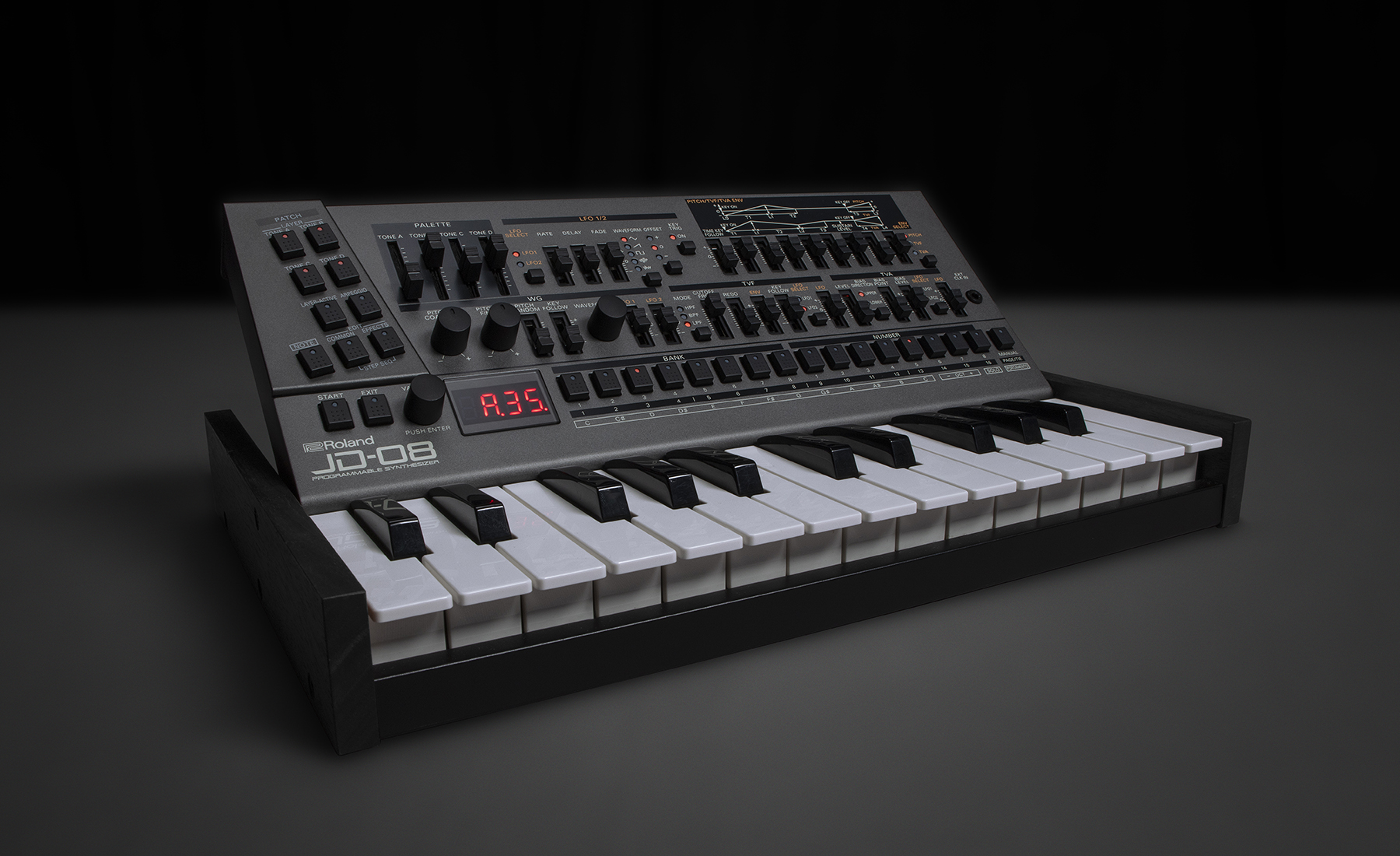 Roland is again diving into its past with the JX-08 and JD-08 Sound Modules, emulating the vintage analog JX-8P and digital JD-800 synths from the ’80s and ’90s, respectively. Both reproduce the sounds of those classic synths digitally, while adding new effects and patches tuned for contemporary styles.

Roland’s JX-8P came out in 1985 as one of the company’s last analog synthesizers. It married analog synthesis with digital control, offering “warm pads, shimmery chorus and crystalline textures into the most popular songs of the era,” Roland said. The JX-08 recreates those sounds with new effects and a polyphoric sequencer.

It features expanded polyphony, two-part multitimbral capability and dual/split modes, along with 32 presets from the original hardware and over 100 new patches more in line with modern needs. Plus, it’s available with a panel derived from the synth’s companion PG-800 programmer unit for the original hardware, letting you store creations in 256 preset slots.

The JD-800, meanwhile, was a digital synth introduced in 1991 with a “control laden panel and aggressively electronic sound palette,” according to Roland. The JD-08 recreates that using “the original JD-800 waveforms” and advanced modeling techniques. IT also adds expanded polyphony, a two-part polyphonic sequencer and other modern updates.

Both synths are highly portable, can run on USB bus power or batteries, and include a built-in speaker for mobile sound monitoring. They also feature a built-in USB-C audio/MIDI interface to connect to computer production systems, along with a full-sized MIDI I/O. The JX-08 and JD-08 Sound Modules will arrive in the US in January for $400 each.