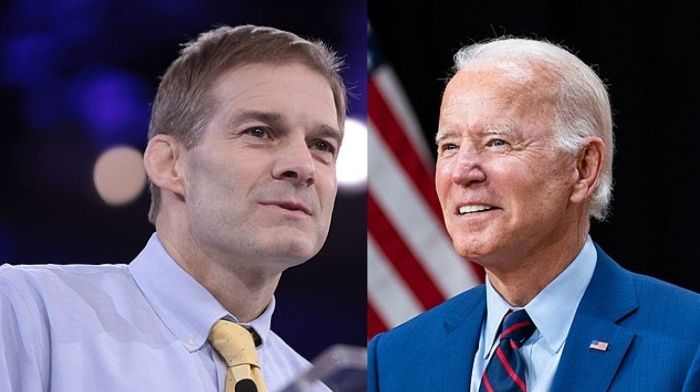 Congressional Republicans say they will fight a White House plan to pay up to $450,000 in reparations to migrants separated from their families under the Trump administration after entering the country illegally.

After The Wall Street Journal reported on the plan earlier this week, President Joe Biden called the report “garbage,” only to be corrected by his spokesperson the next day.

At issue is former President Donald Trump’s policy of prosecuting all adults who entered the country illegally, in accordance with federal immigration law, including those with children. The Biden administration rescinded the policy, along with many other immigration enforcement efforts.

The New York Times estimates that roughly 5,500 children were separated from their parents as a result of the policies. The American Civil Liberties Union and other civil rights groups sued on behalf of noncitizens over the policy.

In response to the lawsuit, the departments of Justice, Homeland Security, and Health and Human Services are considering paying $450,000 per person to family members who were reportedly separated when they entered the U.S. illegally. The payments could total $1 million per family and $1 billion overall.

Fox News’ Peter Doocey questioned Biden about the policy on Wednesday. Biden responded that the reports were “garbage.” He said, “If you guys keep sending that garbage out? Yeah, but it’s not true. $450,000 per person, is that what you’re saying? That’s not going to happen.”

He was corrected by the ACLU, which later Wednesday said Biden “may not have been fully briefed about the actions of his very own Justice Department as it carefully deliberated and considered the crimes committed against thousands of families separated from their children as an intentional governmental policy.”

ACLU Executive Director Anthony D. Romero said Biden would be contradicting a campaign promise if he didn’t allow the payments.

“But if he follows through on what he said, the president is abandoning a core campaign promise to do justice for the thousands of separated families,” Romero said in a statement. “We respectfully remind President Biden that he called these actions ‘criminal’ in a debate with then-President Trump and campaigned on remedying and rectifying the lawlessness of the Trump administration. We call on President Biden to right the wrongs of this national tragedy.”

On Thursday, a White House spokesperson told reporters at a press briefing that the president was “perfectly comfortable” with American taxpayers funding cash payments to those entering the country illegally.

Republicans say they aren’t having it.

U.S. Sen. Steve Daines, R-Mont., introduced an amendment to the National Defense Authorization Act for Fiscal Year 2022 to prevent such payments from happening. The amendment was supported by more than two dozen Senate Republicans. He also introduced the measure as a standalone bill.

In the U.S. House, Rep. Tom McClintock, the ranking member on the House Judiciary Committee’s Subcommittee on Immigration and Citizenship, introduced the Illegal Immigration Payoff Prohibition Act to stop the process. The bill would block the U.S. Attorney General from making any settlement payments to illegal immigrants resulting from violations of federal immigration laws.

RELATED: Biden’s Approval Rating Plunges To 38% – And Kamala’s Is Even Worse

“Who says crime doesn’t pay? Under Biden it apparently pays very well indeed,” McClintock said in a statement. “Law-abiding, hardworking Americans have seen their purchasing power decimated by Biden’s economic policies while he has surrendered our southern border. Paying illegal immigrants $450,000 apiece as an apology for Trump’s decision to enforce our immigration law adds insult to injury. Congress has the power of the purse, and that’s why we must act today to stop this outrageous plan in its tracks.”

“With all the challenges Americans are facing every day – including an unprecedented border crisis – providing $450,000 per person settlement payments to illegal immigrants is pure insanity,” McCarthy said. “This is not only an insult to the American people, but also will worsen the border crisis and lead to a business boom for drug cartels and human traffickers, who are already exploiting Democrats’ disastrous border policies.”

Jordan said, “Democrats lock down the economy, pay people not to work, raise your taxes, and now want to give illegal immigrants $450,000 checks paid for by American taxpayers. Our bill would make sure the Attorney General can’t unilaterally make that happen.”