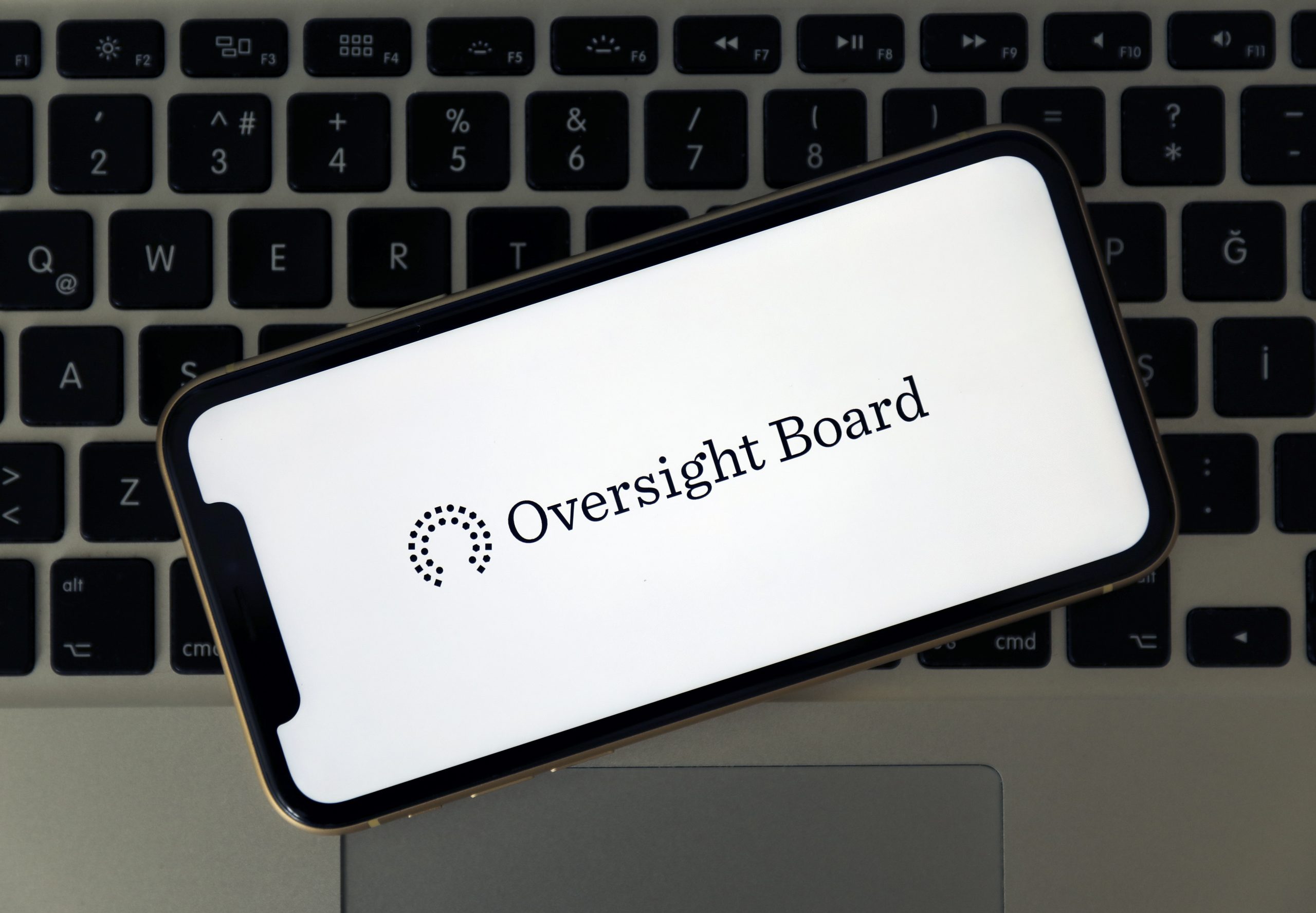 The has only been up and running for less than a year, but Facebook says it’s already having trouble keeping up with the group’s recommendations. The company says it wants to work with the Oversight Board to “improve the recommendation process,” though it’s not yet clear what those changes might entail. But it suggests Facebook is looking to shake up the way it deals with the independent body it created to oversee its content policies.

In a detailing Facebook’s dealings with the Oversight Board, the company notes that it’s made significant changes as the result of the Oversight Board’s recommendations. These changes include updates to how it handles and nudity, as well as how it determines “newsworthy” content.

Again, it’s not clear exactly what this means for the Oversight Board or Facebook’s relationship with the group. The Oversight Board didn’t immediately respond to a request for comment, and during a call with reporters on Tuesday, Facebook’s Monika Bickert declined to elaborate on specific changes the company was hoping to make.

In its report, Facebook writes that “the pace and volume of the recommendations do not allow us adequate time to initially assess and implement the recommendations.” According to Facebook, most of the board’s recommendations “require over a dozen people to assess feasibility, which we cannot easily complete in 30 days.” the company added that it can take considerable time to determine how to integrate the policy suggestions into its existing product development.

But while it’s not yet clear what will change as a result of Facebook’s proposed “potential changes,” the fact that the company is already trying to make major changes to how it deals with the board is significant. Since its inception, Facebook critics have blasted the Oversight Board as little more than a PR stunt. And while the company has said it will abide by individual content decisions made by the board, its broader policy recommendations are where it could have the over the company. For example, the board criticized Facebook’s decision to impose an “indefinite suspension” on former President Donald Trump, and told the company it needed to its rules for politicians.

Facebook has even suggested that should use the Oversight Board to monitor their content policies as well. That the company is now claiming it’s too difficult to keep up with the process its executives and policy officials designed could potentially undermine the influence the board is able to wield.