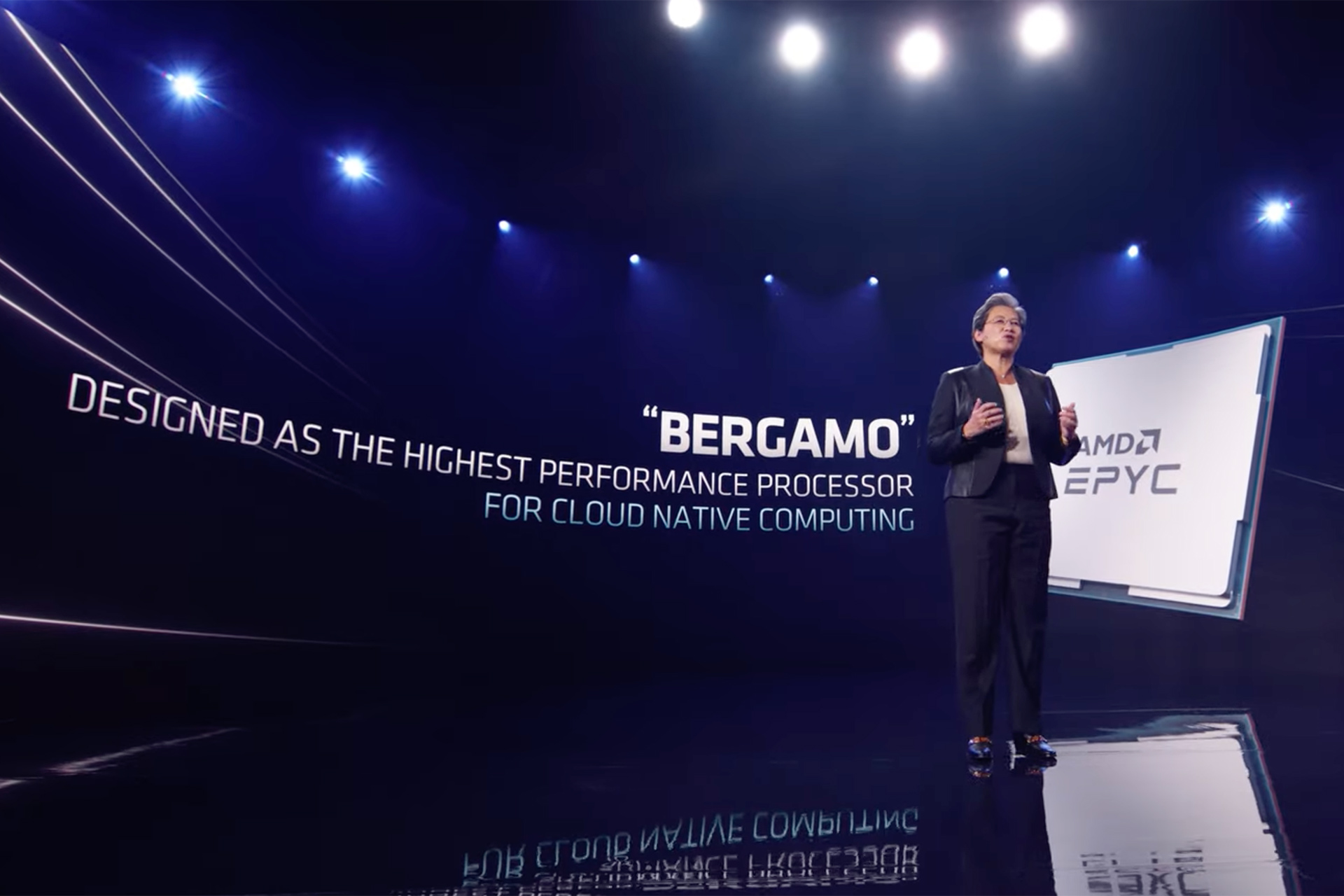 AMD has unveiled its first processors based on its new Zen 4 architecture, and they promise a lot of brawn… at least, for some users. AnandTech notes AMD has outlined its early Zen 4 roadmap during a virtual data center event, and the first two CPU families are Epyc chips aimed at servers and other heavy-duty computing tasks. The first, nicknamed Genoa, is built for general-purpose computing and packs up to 96 cores (thanks in part to a 5nm process) as well as support for DDR5 memory and PCIe 5.0 peripherals. It arrives sometime in 2022, and partners are sampling chips now.

The star of the show, however, may be Bergamo. It’s designed for cloud computing and emphasizes core density — AMD is promising up to 128 cores in a single CPU. The design relies on a modified Zen 4c architecture (the C is for “cloud”) that offers similar functionality, but optimizes cache and power consumption to boost the core count and offer as many processing threads as possible. Bergamo doesn’t surface until the first half of 2023, but it may be useful for internet giants juggling many simultaneous users.

If you were expecting news on Zen 4-based Ryzen processors, you’ll be disappointed. AMD was unsurprisingly focused on corporate customers at its event, and there was no mention of mainstream parts. With that said, it won’t be at all surprising if AMD shares more about next-gen Ryzen hardware in the months ahead.