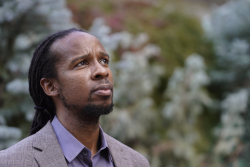 If you had told someone a decade ago—after the election of the first black president, and in anticipation of the first black female vice president—that race relations in the United States would devolve into hysteria and incivility, it might have seemed like the counter-historical fantasy of a satirical novelist, in clear violation of the arc of history that, Martin Luther King assured us, “bends toward justice.” Today’s anti-racist activists, in that sense, are not progressives (although they claim to be). They are anachronists who fail to faithfully acknowledge and inhabit the spirit of their time.